It’s kind of a crutch any time one explains or reviews a mobile game and says “it’s kind of like x but with y instead." Yet there are cases where those kinds of comparisons are more than appropriate, and World of Warships Blitz (Free) is one of those. Wargaming already gave us a good idea of what to expect with World of Tanks Blitz (Free), and if you substitute water for land and boats for tanks, you get the idea pretty quickly. Let’s say, for the sake of argument, you’ve never played World of Tanks Blitz or any of Wargaming’s free-to-play multiplayer military battlers. If this is your entry point, that might be a good thing, as life on the sea is all you’ll know.

World of Warships Blitz gives you a pretty nice tutorial as far as how to steer your ship, put the engines in forward and reverse and fire off broadsides toward your enemies. It’s definitely a little trickier than operating a vehicle on dry land — and maybe one of the rare examples of the developer’s fondness for realism works against one of its games — but the tap controls for the throttle and helm are easy to figure out, and it doesn’t take long to develop a comfort level for using one finger on your right hand to look around or fire weapons while your left hand mans the wheel. 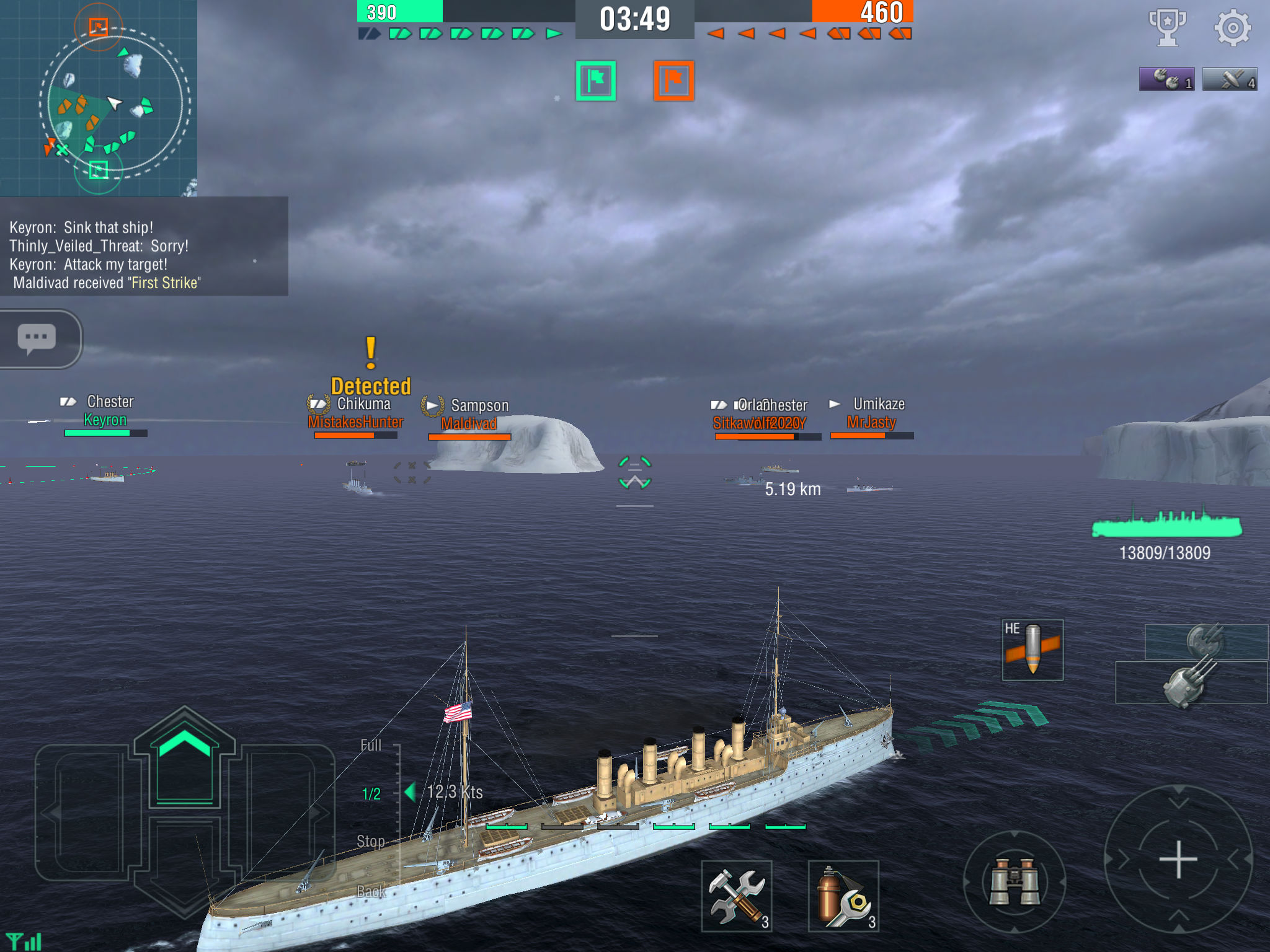 Any jitters you have about being a first-time captain are made easier by the presence of Co-op Battles, where you can team with other players to take on a fleet of AI-controlled warships. Since most Wargaming titles throw you to the wolves in multiplayer right away, that’s a welcome addition, especially considering the steeper learning curve for ship-to-ship combat. Still, the bread and butter of the gameplay is the Random Battles mode, featuring 7v7 battles between teams of roughly even ships. You can join a battle at any time and expect a wait of less than a minute, and the matchmaking system is pretty good at making sure one team doesn’t outclass the other in terms of equipment. It’s also possible to join matches as a team of up to three players, so you can battle alongside your friends if that’s something that floats your boat (sorry).

Battles can be won either by destroying the other team completely before all your side’s ships are sunken, which happens in the vast majority of matches, or by becoming the first team to reach 1000 points by a combination of damaging your opponents and capturing and holding certain points on the water. Some maps have a central, contested point between the two sides, while others have targets deep in enemy territory that need to be taken over. Either way, a battle lasts only a few minutes, and while you don’t respawn upon defeat, you can leave a battle and start up another one in one of your other ships while you wait to learn the outcome. 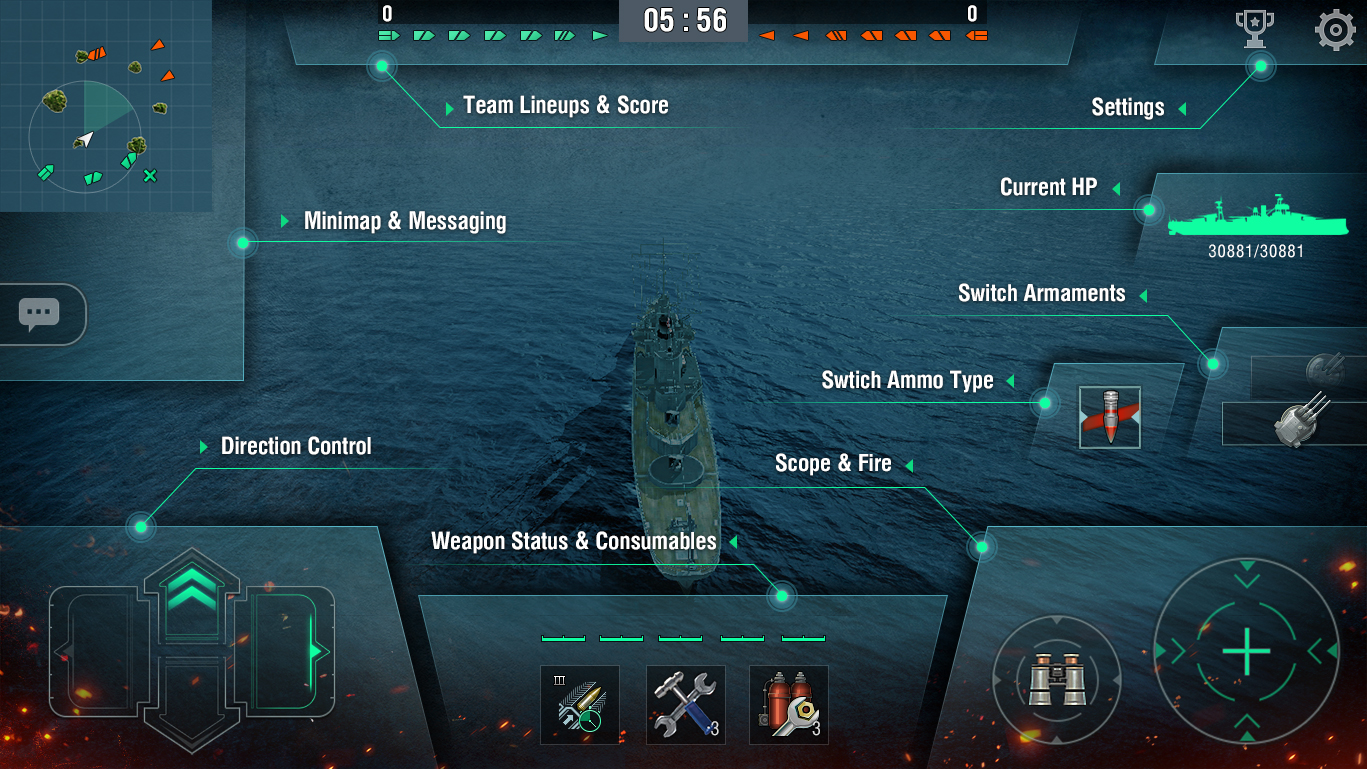 The map designers made sure there is at least some cover on every map (thanks, big rocks!), but generally speaking, your skill and tactical prowess are the things that will keep you alive. As you advance through the game’s tier system and unlock more ships, you’ll also be well-served to learn the roles of each class of boat, from speedy destroyers intended to sniff out the enemy and then harass them with speed and agility to battleships that bring the biggest of guns to a fight. Some ships have torpedoes to supplement their guns, and while there’s no direct equivalent to “Arty" from World of Tanks, aircraft carriers fill the long-range attack role with their groups of planes.

Since we’ve looped back around to comparisons, there’s no question that World of Warships Blitz is more of an acquired taste than World of Tanks Blitz. The action is somehow both frantic and slow at the same time, and until you get really good at piloting a ship, you’ll often find yourself missing shots you figure to hit while being lit up by better players in return. It usually doesn’t take long to come into contact with the enemy, but that feels like more a function of the relatively small map size than anything else. 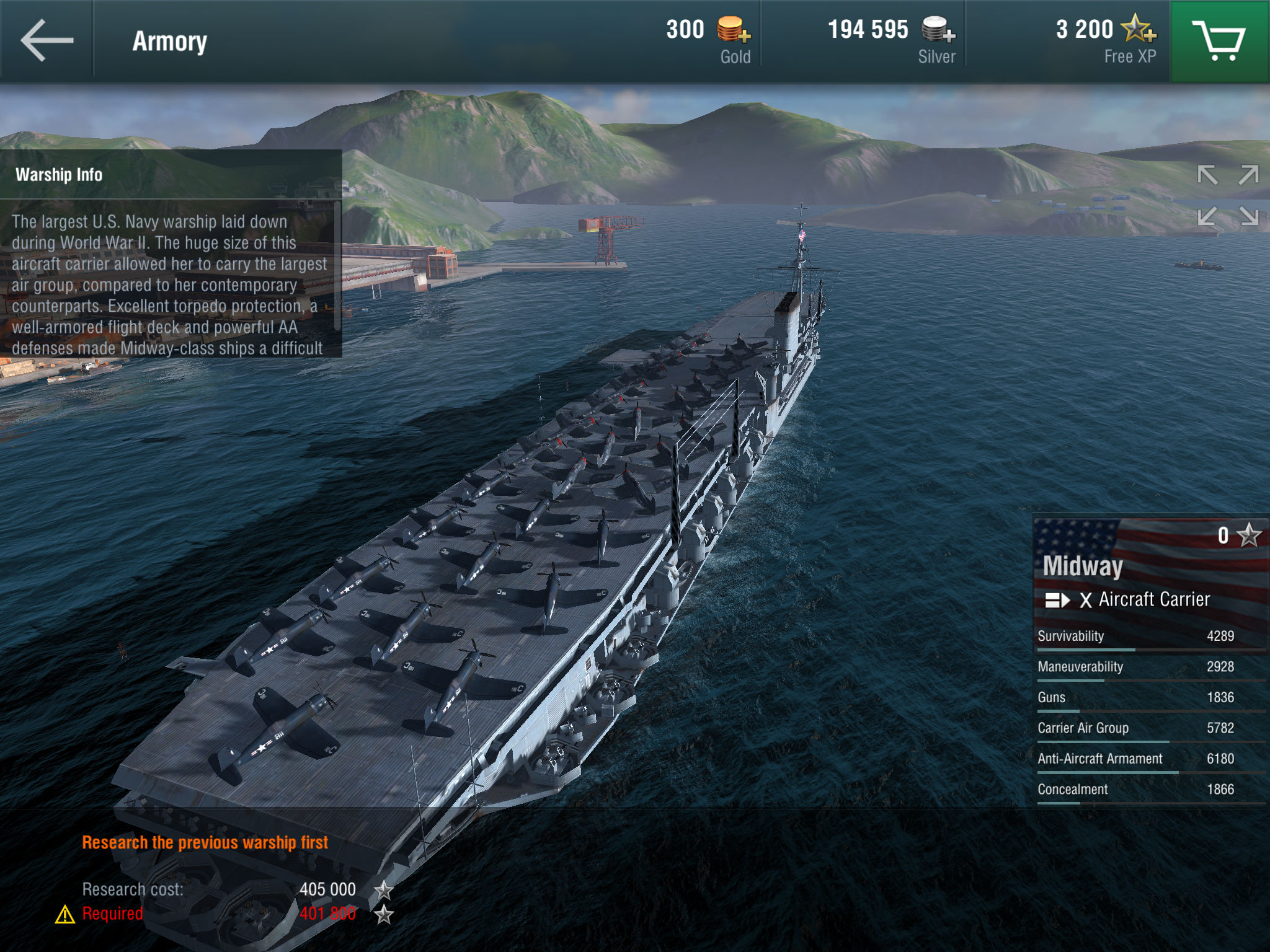 If you’ve never played a Wargaming title before, you’ll probably be pleasantly surprised to learn that there’s absolutely no energy system or restriction on how many battles you can play in one setting. There’s a point at which you reach diminishing returns, as you’ll exhaust all the daily missions and first win bonuses for all your boats, but every battle, win or lose, earns you experience toward unlocking more ships and parts to upgrade the ones already in your collection. With almost 100 ships already in the game, there’s plenty of reason to grind things out, and you can rest assured that more boats will be added as time goes by.

The game is monetized mainly by selling premium account time, which grants you extra currency and experience rewards for each battle, and by premium ships. These aren’t necessarily more powerful than regular ships in the same tier, which helps ease pay to win fears, but they do grant some cool bonuses that make them desirable. 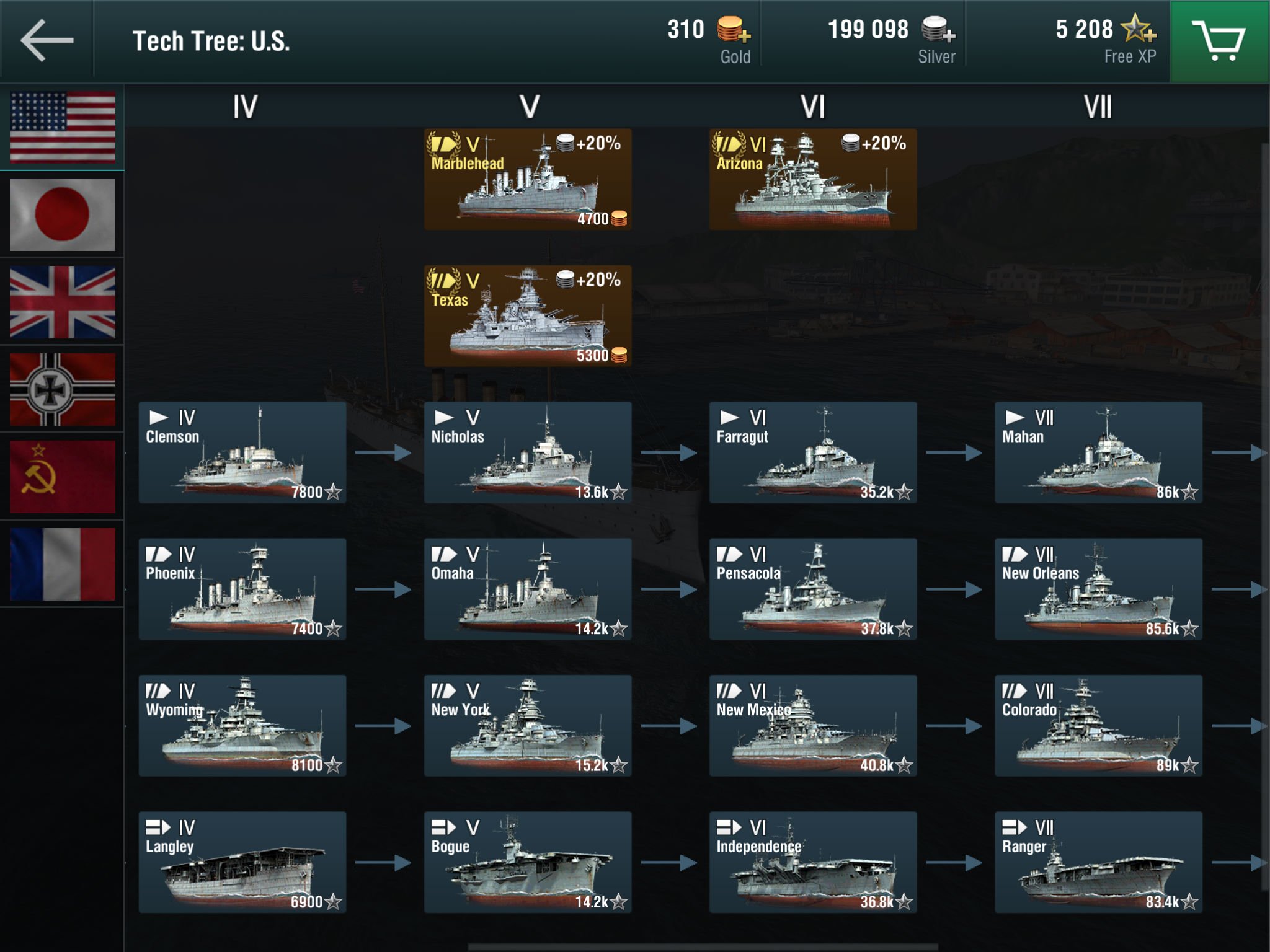 Finally, World of Warships Blitz works on another level that few mobile games can claim because it features real ships from six different countries that participated in World War I and World War II. If you happen to be a history buff, you’ll probably appreciate just scrolling through the tech tree and checking out the gorgeously rendered fighting ships and the write-ups that accompany each one.

It’s probably safe to say that World of Warships Blitz will appeal to a slightly smaller niche of mobile gamers than its tanking cousin, and that’s okay. Not only is it a change of pace from tank battles that arguably place an even greater emphasis on player skill, it also offers a type of combat that you won’t find in quite as many places on the App Store. If you try it out and find the battles to your liking, there’s a good chance you’ll be sticking around for the long haul.