Yesterday, the folks over at Super Evil Megacorp unveiled a significant revamping of how skins are crafted within its mobile MOBA Vainglory (Free). These changes should go quite aways to alleviating some of the longstanding concerns.

Any players that have spent significant time within Vainglory have had to deal with the fairly convoluted skin system. The multi-tiered skin experience required players to grind quite a bit for cards of various rarity, with higher tiered skins requiring a ridiculous amount of time and luck just to get even close to unlocking them. This led to the creation of an inventory system that (at the time) existed solely for skins, and was fairly convoluted in terms of card management. This led a lot of players to ignore the skin game entirely (or spend a load of premium currency to get whatever they wanted). 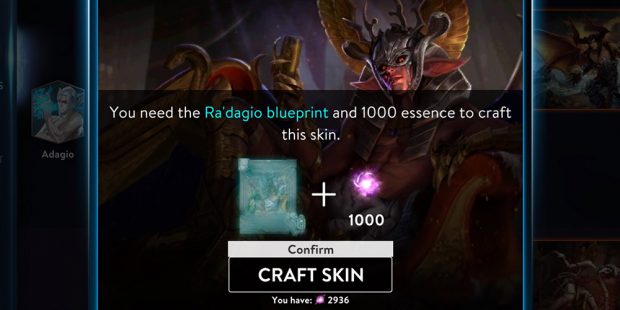 Now, the system for unlocking skins is being significant changed in favor of a “blueprint” system. Now, instead of cards, players can discover skin blueprints within chests that are unlocked via in-game quests. Skin blueprints aren’t guaranteed in each chest, but once a blueprint is unlocked, players just need to spend the requisite amount of essence (in-game currency) to unlock the skin in question. Find a blueprint for a skin you already own? That just turns into more essence.

With this change, the Vainglory developers hope to streamline the whole process of earning skins as well as cut down on the cluttered UI that ended up taking over a large part of the menu system. In addition, the developers announced a drop in premium currency prices for skins, as it’ll be harder to work towards specific skins within the blueprint system. Some skins will also get renamed as the tier system no longer exists. 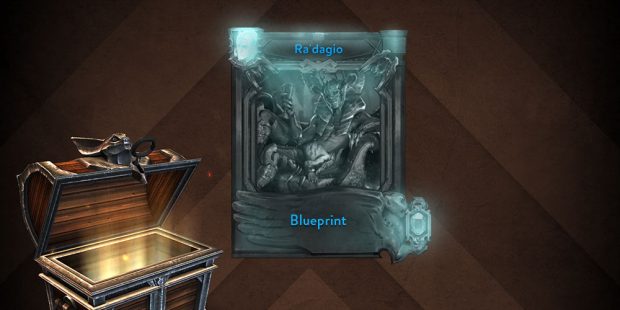 For more information, check out the official press release. Otherwise, the skins revamp will be available in the upcoming Version 2.12 update.