When I was putting my Best of 2016 list together last December, I remember having a hard time picking 10 games out of the many strong ones that came out during the year. Well, 2017 has made it even harder because it brought us a ton of amazing games—some ports, some originals—including some great games right at the end of the year. My criteria for picking a game for this list was whether I spent a lot of time playing a game or whether I thought a game did something original and clever that made me rethink what’s possible on the platform. My list, as is always the case with any Best of list, is highly subjective, so I don’t expect you to agree with me. I do hope, though, that you’ll use it as a way to pick up games you might have overlooked for one reason or another. So, without further ado, let’s see which games made my Top 10 Best Games of 2017. And please feel free to tell me what you thought of the list in the comments below. 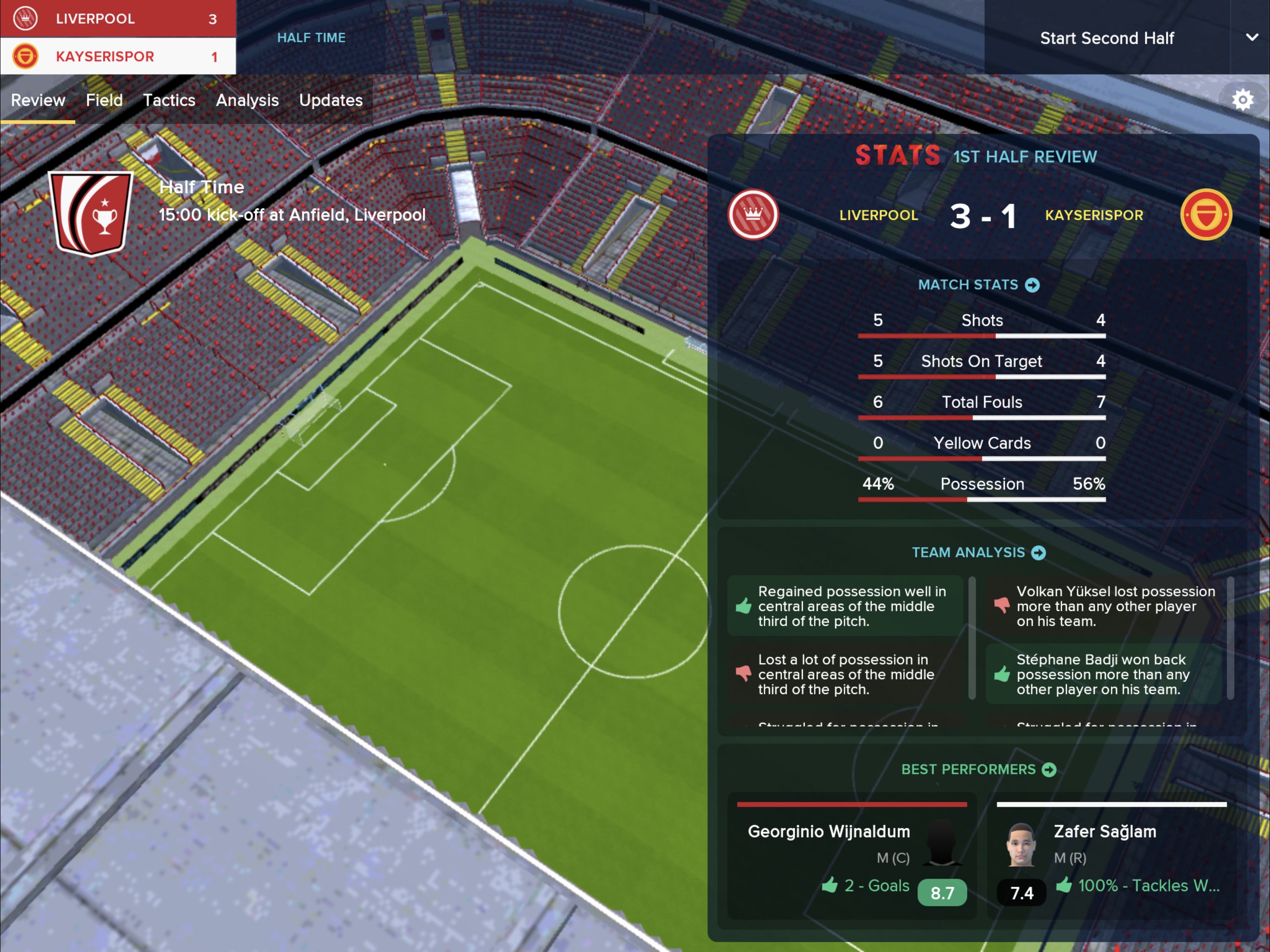 Football Manager Touch 2018, $19.99 - It seems to be a tradition by now for Sports Interactive’s Football Manager Touch games to be part of my list, and this year’s 2018 version is no different. FMT 2018 is easily the best sports management game on the App Store and a game you can lose days to. It strikes the perfect balance between depth and accessibility and plays perfectly on a tablet (unlike last year’s originally buggy release). With some small but clever additions and UI changes, FMT 2018 improved the already great FMT 2017 and effortlessly made my list.

GRIDâ„¢ Autosport, $9.99 - I’ve been looking for a really good racing game on mobile for a long time, and I was disappointed when F1 2016 released with quite a few issues that hindered my entertainment. This year we finally got a really great racing game on mobile, GRID Autosport. This game has been perfectly ported over to mobile and offers so much content that I don’t think I’ll get through it all before perishing from old age. Add to that great visuals and highly customizable car handling, and we got ourselves a winner.

Gorogoa, $4.99 - Gorogoa was one of the many great games that popped up in December and one I really enjoyed. I don’t enjoy puzzle games as much as I used to, but Gorogoa really impressed me with its fantastic visual style and very clever mechanics. As I talked about in my review, Gorogoa managed to perfectly marry mechanics and narrative and offer an enchanting and intelligent experience that was easily the best puzzle game on the App Store this year. If you like puzzle games, you definitely want to check out Gorogoa.

Slayaway Camp, $2.99 - My love for Slayaway Camp, the sliding puzzle that came out all the way back in February, stems from growing up watching cheesy 80s horror movies, and this game emulates them in a masterful way. The puzzles are clever, the gore is hilarious and more than welcome, and the constant content updates that added more killers and scenes a reason to keep coming back. Although this might sound disturbing, Slayaway Camp‘s kill scenes and executions always bring a smile to my face.

Drag'n'Boom, Free - Drag’n’Boom came out a few months back without much fanfare but shouldn’t be overlooked. This arcade game nails the feeling of flying through the sky and going into a slow motion Matrix-mode at will while taking out enemies with aplomb. I really enjoyed the game’s various weapons, and the only drawback was that I blew through the content quite fast, but that has been remedied with a recent update that added new dragons and a new mode. Drag’n’Boom is a really smooth game and really made me feel like the Khaleesi leading her dragon to war in Game of Thrones.

Arena of Valor, Free - Arena of Valor has only been available in the US for a few days, but it’s already one of my favorite games and one I see myself spending too much time on. AOV is pretty much League of Legends for mobile, and it’s filled with all kinds of content (including dozens of heroes) and millions of people to play with. AOV went with a virtual thumbstick over tap-to-move, which makes the game great to play on a phone (and not so great on my iPad Pro). I can see myself returning to AOV daily, which could be both a good and a bad thing.

Motorsport Manager Mobile 2, $5.99 - The original Motorsport Manager was a very pretty game that lacked in depth; then, Motorsport Manager Mobile 2 came along and brought a similar visual style as its predecessor but a ton more content that turned the title into a serious management game. With more depth in the car development side and with drivers who feel more human, MMM2 has been great fun. I’ve had a lot of fun building up my team and racing through various seasons, and I see myself coming back to MMM2 quite often. 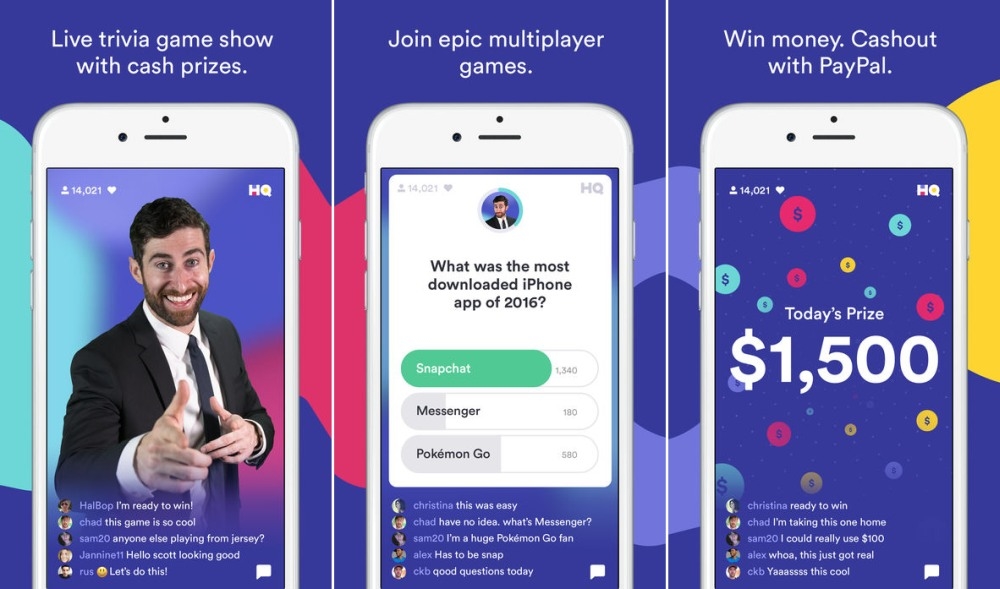 HQ Trivia, Free - Put this one under new experiences. HQ Live Trivia Show might not end up sticking around long, but it definitely opened the gates for a new kind of game. Quiz games aren’t anything new, but live ones are, and HQ managed to become an event, a moment (or more like two) when people stopped what they were doing to all play the same game, competing with each other for actual money. I have no idea whether HQ will still exist in 2018, but I’ve enjoyed playing it twice a day and seeing how far I can make it (Question 9 was my best score ever).

Sunless Sea, $9.99 - Failbetter’s Sunless Sea married the Fallen London narrative mechanic with better visuals and a sailing mechanic, resulting in a fascinating journey through a deranged (in a good way) world that I really enjoyed. There’s something about your sailors eating each other gleefully that’s hard not to enjoy. Sunless Sea managed to combine a strong narrative, a fun sailing aspect that worked well on a tablet, and a management mechanic that let me upgrade my ship and crew into a fun whole that keeps on giving. And the Chtulhu echoes didn’t hurt at all.