The yearly iTunes freeze, the time where Apple shuts down their digital storefront so that their workers can enjoy the holidays, is happening as we speak, but the App Store isn’t quite as frozen as it used to be. Several years ago when Apple would freeze the App Store it meant basically nothing worked for an entire week, including releasing updates, releasing new games, changing prices, and even the top games charts wouldn’t budge. Nowadays it’s a little more flexible, and although submission and approvals are indeed on hold, if you’re a developer who previously submitted a game to Apple and had it approved prior to the freeze and then scheduled it for release on a date that’s during the freeze, it would still be able to launch. That appears to be what happened with Cinco Paus ($4.99), which is the new game from 868-HACK developer Michael Brough. 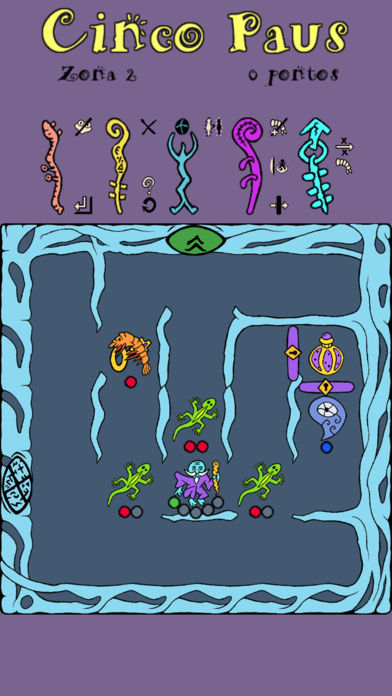 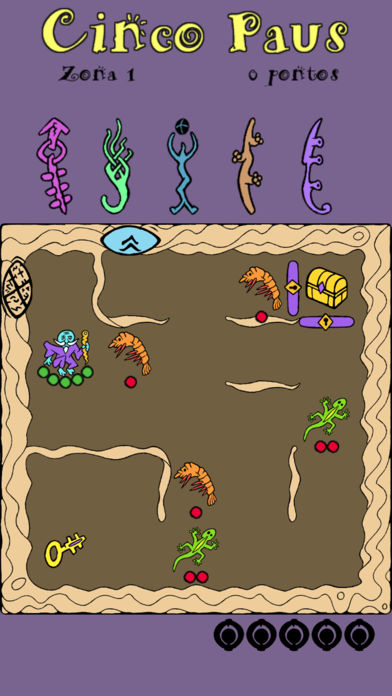 If you’re familiar with Brough’s previous games like 868-HACK ($4.99) or Imbroglio ($3.99), you’ll know they’re very tightly designed affairs built around emergent gameplay. There are many little things you’ll only discover through playing and learning the structures of the game as you go. It’s why they’re so wildly popular with strategy gamers and have such longevity. Cinco Paus seems to want to crank all of that up to 11. One example: The game is entirely in Portuguese. No, don’t run off to adjust the language settings on your device, it’s in Portuguese on purpose. It’s anybody’s guess as to why that is, but it seems that it’s proving a point that the game is entirely playable despite the language used so why not just pick any old language.

As for the game itself, it’s a roguelike dungeon crawler-ish game that starts you out with 5 randomized types of magical wands. You won’t know what each wand does until you use it, and then you’ll use that knowledge of each wand’s ability as you play through the rest of the game. It’s turn-based so you’ll need to plan accordingly how an when to use your wands or melee fight the enemies you’ll come across, and like other Brough games Cinco Paus is meant to be beaten over and over but there are many little nuances to consider with each game you play that will result in your getting better scores. Basically if you like Michael Brough games I’m pretty sure you’ll like this one too, despite (or possibly because of) the obtuseness. If you need a little help or are just curious what folks are saying about this one, head over to the thread in our forums, and if you’re already a big Michael Brough fan then enjoy this unexpected Christmas present!