Portal Knights ($4.99), developed by Keen Games and published by 505 Games, launched in Early Access on Steam back in February of last year before officially launching on Xbox One, PlayStation 4, and Steam proper in May of this year. During that early access time the game developed quite a following, and upon its official release it garnered favorable reviews. The biggest news for Portal Knights recently was the highly-anticipated arrival on the Nintendo Switch just a couple of weeks ago, but this week the developers surprised everyone by releasing the game on iOS as well, and boy howdy am I glad they did. 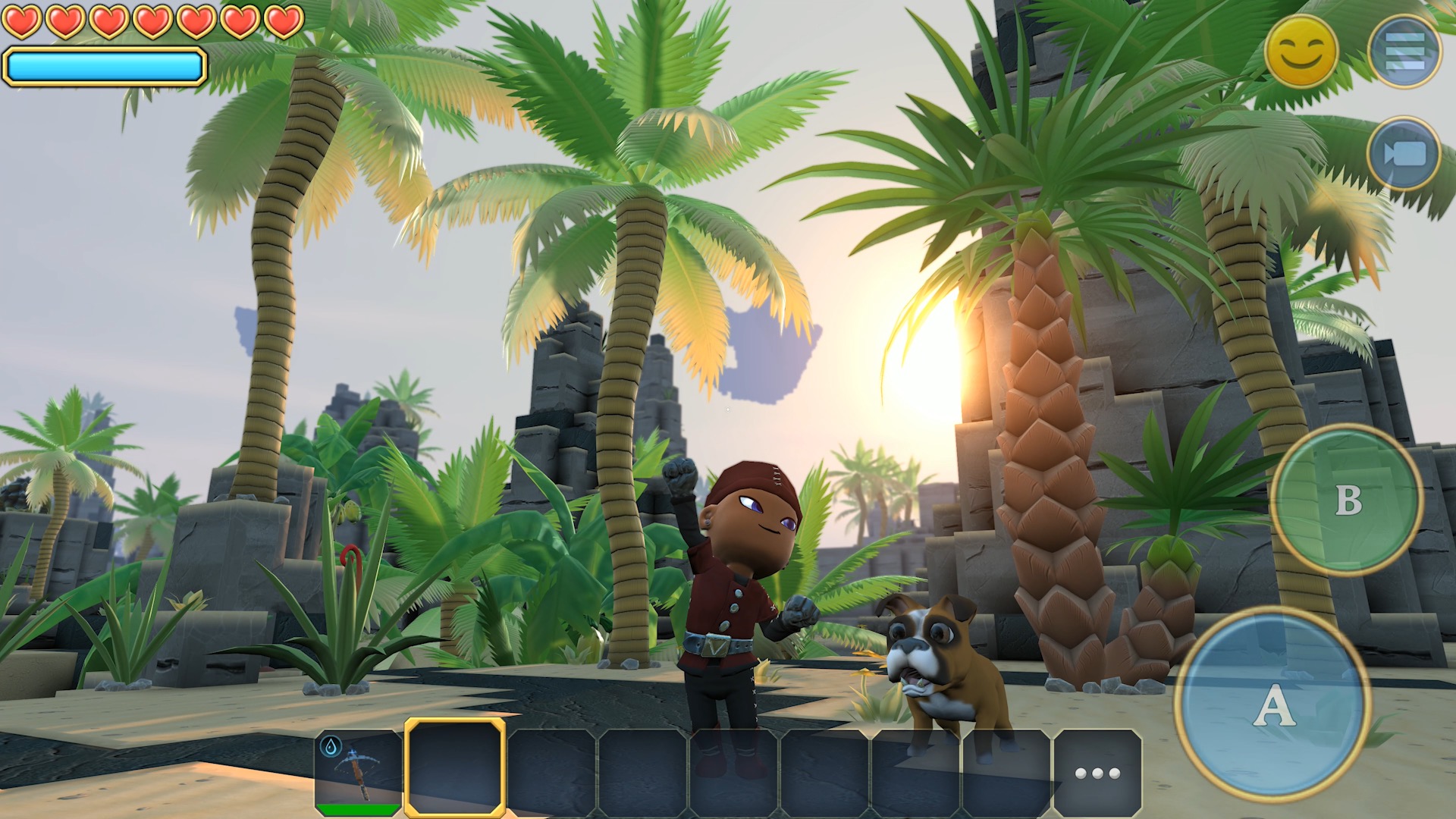 Portal Knights is like an amalgamation of several games, and to use mobile examples, it’s like a mix of Minecraft ($6.99), Oceanhorn ($7.99), and Junk Jack ($4.99). Or for a simplified comparison, you could say it’s a 3D version of Terraria ($4.99). Whatever the case, Portal Knights takes elements from many types of genres and mashes them together into one cohesive experience. There’s the open world sandbox building and crafting of Minecraft, the world-hopping of Junk Jack, the real-time combat of Oceanhorn, and RPG-like character progression.

As someone who has dumped hundreds of hours into Minecraft across a variety of platforms, I really appreciate the structure that Portal Knights brings to the formula. Sure, you can while the hours away simply exploring or building or crafting stuff, but there’s actually a very interesting story campaign to play through too. An event called The Fracture has, well, fractured your whole world and split it up into many smaller worlds. Being a Portal Knight you’ll work towards restoring the various portals found in each world and those will then allow you to travel to and from the other worlds in the game. Along the way you’ll battle a bunch of enemy types and even engage in some epic boss battles. 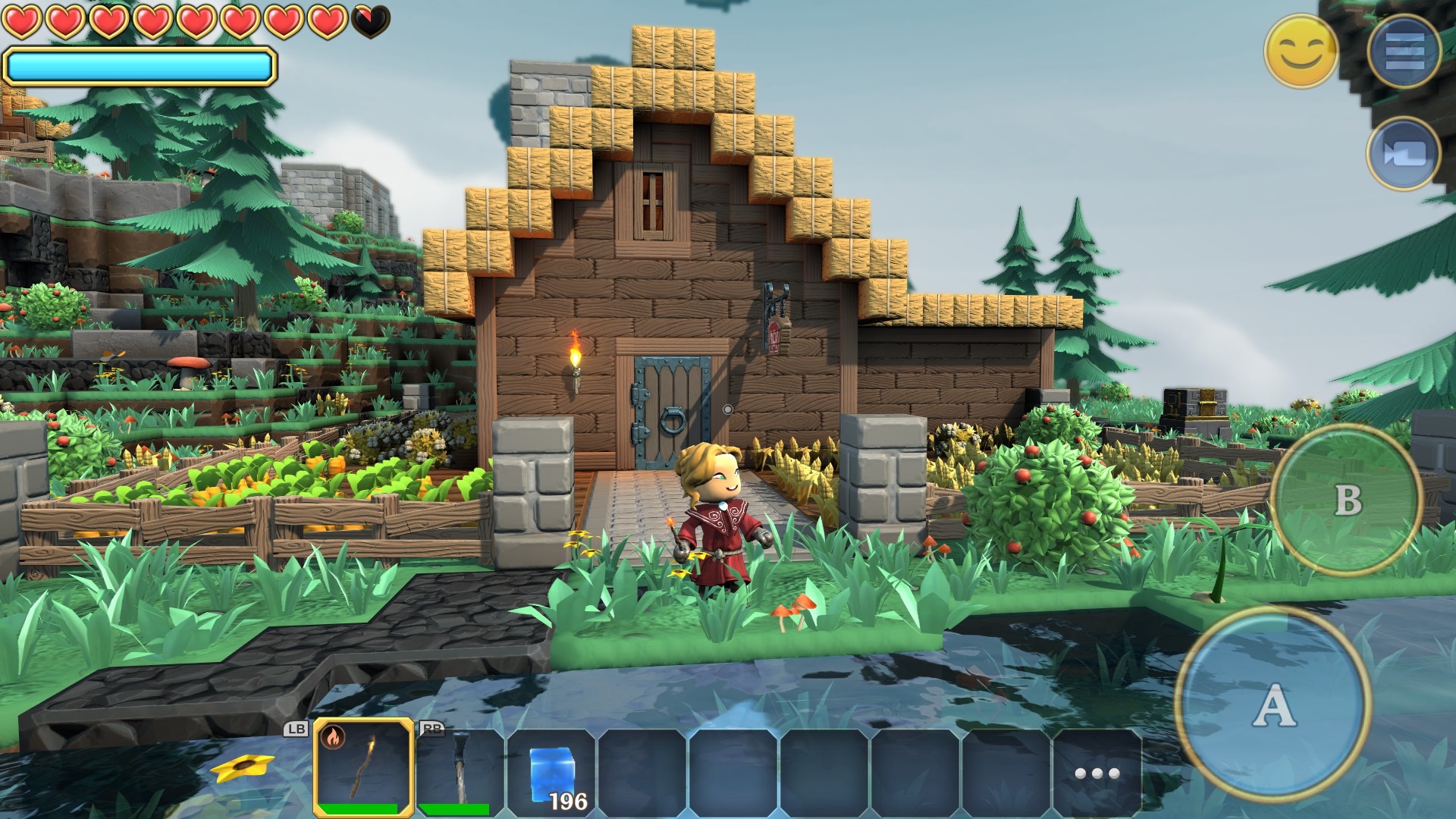 All this exploring and fighting and questing will net you experience which you can use to upgrade your character, and although Portal Knights has been described as “grindy" in this regard, I actually love having that sense of progression to urge me to continue further. In fact, if you’re the type of person who always wished they could enjoy Minecraft but it was just too open-ended for you, Portal Knights is your savior. You constantly have goals to work towards, whether it’s storyline based or random side quests, and so you never feel like you’re without direction if you need it. Of course, like I said, you can just plop down in a world of your choosing and build away for no reason at all if you want too. It really is the best of both worlds.

There’s a cooperateive angle to Portal Knights too, though on iOS it’s limited to local multiplayer rather than online like other platforms. That’s perhaps the reason for its $5 price point compared to other platforms where it costs $20. Even with the lack of online, there’s a stunning amount of content here for five bucks. iOS devices with 2GB of RAM or more will also enjoy the ability to create larger worlds, and there’s a graphics quality slider in the options so you can suit the visuals to the strength of your device. Portal Knights looks absolutely stunning on my iPhone X with graphics cranked up and it fills out the entire screen beautifully.

I’ve really only scratched the surface of what this game has to offer, but as someone who has grown tired of the aimlessness of Minecraft after spending so many years playing it, I’m absolutely loving the more structured, RPG-like Portal Knights. If you’ve felt similarly about open-world sandbox games, or you’re just looking for a neat spin on the formula, you should definitely give Portal Knights a look and drop by the forum thread for more information and discussion.