While we’re primarily supported by a mixture of Patreon, Twitch subscriptions and Amazon referrals these days, site sponsors go a long way in making up for the funding shortfalls of our Patreon never reaching its goal. To show our appreciation, we are now publishing these posts thanking our sponsors each week- Both to give them a little extra visibility and hopefully to get readers who love TouchArcade to give their games a look to similarly support their efforts in allowing us to continue to provide everyone with awesome third party mobile games editorial which the App Store ecosystem badly needs.

A huge shout out to Mobcrush for running a full site skin. If you haven’t used Mobcrush before, it’s a lot like Twitch but instead of being crowded with Player Unknown’s Battlegrounds, League of Legends, and other stuff, it’s primarily mobile games. Using The Mobcrush App (Free), you can both watch games and stream supported games as well as chat, follow channels, and all the other stuff you’d expect a streaming provider to do. If you’re a mobile gamer, you need to check out Mobcrush. 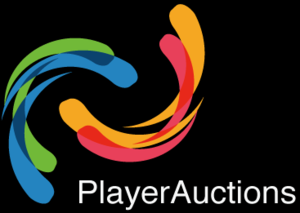 A new sponsor this week in the sidebar is Player Auctions, I’ve been using them for years to buy digital stuff in games like gold for World of Warcraft and similar. Well, they’ve branched out into accounts for mobile games and you can buy a top-tier Clash of Clans base. I’ve had nothing but good experiences with them.

For developers out there, give Appodeal a look. They’ve been running ads in our sidebar for a really long time now, and what they provide is a platform for intelligently serving ads using one SDK which connects to over 35 different ad networks. While I’ve never used it myself, I’ve heard horror stories from developers on what a nightmare it can be juggling all the different ad networks to display ads in game. Appodeal simplifies all that, giving you more time to work on your game instead of figuring out how to implement one more ad network. Additionally, their service is totally free to use.

Also sponsoring TouchArcade this week is PineNeedle Digital for their game PickleRun . If you’re the kind of person who is still shouting, “I’m Pickle Rick!!!" to anyone you see, this game will be right up your alley. It’s an endless runner where you play as a pickle, seeing how far you can go while avoiding all sorts of obstacles- Some that make sense, and others that are delightfully absurd. It’s also totally free.

Thanks a ton to our sponsors this week, as well as all of our community members who continue to support us. Combined, you all allow us to keep doing what we’re doing. If there’s any developers, publishers, or folks from third party services that might appeal to iOS developers who are curious about sponsorship opportunities here at TouchArcade, reach out to our ad sales manager, Marianne, at [email protected]. We have a lot of different options which can fit any budget.