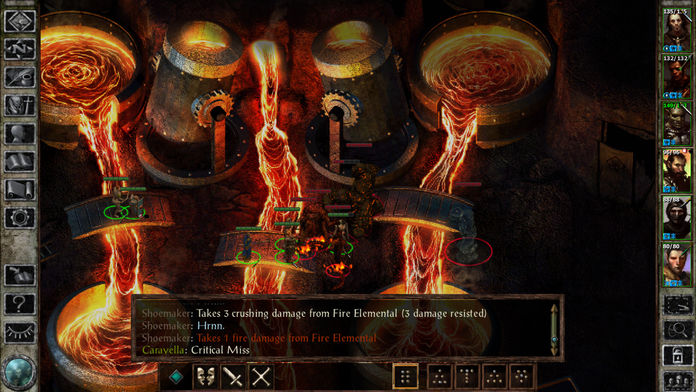 With the end of November comes the conclusion to two Play-Along events. Our October/November Play-Along of Final Fantasy Tactics comes to a close, with plenty of great results. Some Reloaders were playing through it for the first time, while others were revisiting it with special conditions. A surprisingly large number actually finished the game, which is always great to see. That was part of the reason for the somewhat-spontaneous Bonus Edition of the Play-Along, which saw Reloaders competing to get the highest score in Solomon’s Boneyard. Some very impressive scores were posted, and I think everyone had fun going back to the newly-updated classic. Thanks to everyone who participated in either event, and I hope you’ll see fit to join us for this month’s game.

Depending on how far north you reside, it’s probably starting to look a little festive outside your window. Whether you’re living a real white Christmas or just imagining one, you’ve probably got a mess of holidays coming up. So with that in mind, I felt like we should have something a little chilly in theme and long enough to get you through at least a few family dinners. I also didn’t want to do another Square Enix game, because we need a little variety now and then, right? With all of those considerations in mind, I felt like the next game we tackle should be Beamdog’s lovely Enhanced Edition of Icewind Dale ($9.99). It’s a lengthy, sometimes tough adventure that offers quite a few options in terms of viable strategies. 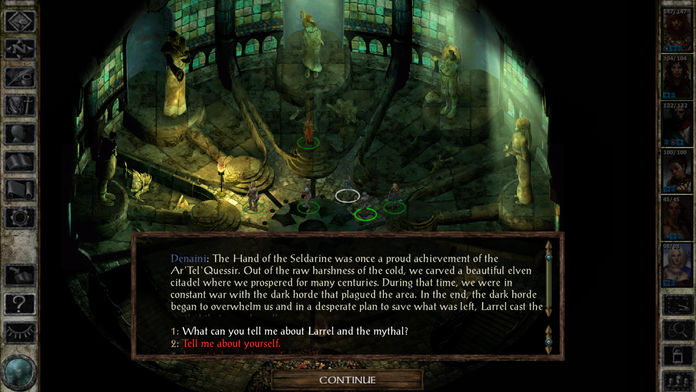 Icewind Dale first arrived on iOS a little over three years ago. It didn’t see much in the way of updates until recently when iOS developer Overhaul Games gave it a once-over for 64-bit support. I haven’t tested it on an iPhone X, so you may want to be wary if that’s your hardware of choice. The interface is already tightly-squeezed on phone-sized screens as it is, and I’m not sure how the game behaves with the notch. The original PC release of the game dates back to June of 2000. It was Black Isle’s second game using Bioware’s Infinity Engine, following Planescape: Torment. Compared to its Infinity Engine cohorts, it’s less focused on story and characterization and more on giving players a challenging, combat-heavy experience that puts the tried and tested AD&D 2nd Edition rule set through its paces.

While I could write pages about how to break the game, I think it’s best if I just give you some basic advice for a beginner’s party and let you sort out the rest. You’ve got six positions to fill on your team, and while that might sound like plenty, you can’t have everything you want even with that number. Again, this is just some advice for those who might be lost. I make no claims about this being the best party or anything. I’m also going to trust you to choose whatever races you think make sense for each job. If you get cute, that’s on you. With those disclaimers in place, let’s take a look at a basic party. 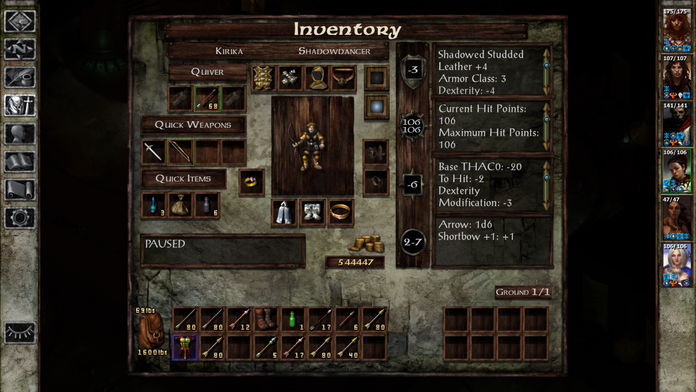 Paladin: I think any RPG fan knows the value of a good paladin in any party. They’re even better here since you’re going to be fighting a lot of undead creatures in this game. Their key value is in how well they take hits, however, so aim for the best defense stats you can get.

Another Warrior Class of Your Choice: Here you go, have some fun with this. You just need someone else up on the front lines dealing damage, and there are plenty of good choices for that. A Dwarven Defender isn’t the worst idea, but really, whatever you like here.

Skald: Basically a war bard. Never underestimate the value of a good bard in an RPG party. Skalds can use their songs to boost your party’s attack abilities, can hold their own in melee combat to an extent, and offer some light magic support. This is a controversial choice, I guess. Some might tell you to put another warrior class up front, and that’s a fine way to go if you want. 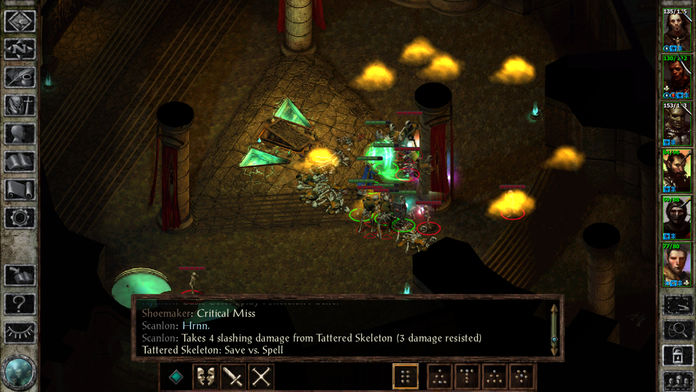 Fighter/Thief: Multiclassing in general is a good way to go in this game, but at the very worst, you’ll want one of these in your party. You’ll need a thief’s abilities to handle traps, locks, and such, but a pure thief isn’t all that great past that. The warrior multiclass puts some power behind your thief. Hand them a ranged weapon like a sling or throwing axes and go to town.

Druid or Cleric: This is your healer. You want a healer. You need a healer. I’d probably nudge you towards the druid, but clerics can be enormously handy when the undead start pouring out. The only bad choice here is to go with neither. Some people like to do a multiclass cleric to give them greater utility, but the biggest downside to multiclass characters is that they level up slower. I’m not sure that’s the best way to go if you’re new to all of this.

Sorcerer or Mage: For when you need to make with the really big booms. Don’t leave home without one. I mean it. Mages are more flexible and learn spells more quickly. Sorcerers get more castings and don’t need to scribe and memorize spells every day. If you know what you’re doing, the sorcerer is probably the better call, but you need to choose your spells carefully when you level up. 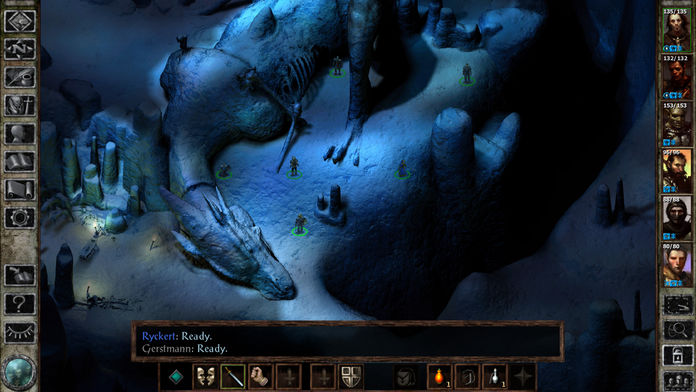 Aside from that, the only advice I can give is to always be prepared. This is not a hack-and-slash, and if you run into combat half-cocked, you’ll die. You’ll die a lot. Rest frequently. Save even more frequently. Keep multiple save files going, too. Oh, and you’ll almost definitely want to make use of the option that auto-pauses combat for you to give commands. Turn it on right away, you’ll have a much better time of things.

If you’re looking to join in on this Play-Along of Icewind Dale: Enhanced Edition, you should be prepared for a game of about 30-35 hours in length. This isn’t a short game by any means, and it’s also quite difficult in places. That said, I’m quite sure we’ve got some readers who are very knowledgeable about this game specifically and its Advanced Dungeons & Dragons 2nd Edition rule set. With any luck, the forum thread should serve its usual role as a good place to give and get advice. If you’ve never played with this particular version of D&D before, you will probably find a lot of things confusing, so don’t be too shy to ask.

As ever, all you need to do to join in is to grab any version of the game and head on in to the December 2017 RPG Reload Play-Along thread in the forums. Don’t have a forum account? That seems awfully suspicious for a TouchArcade reader! I’ll forgive you this time, but you should probably go and get one if you want to get in on this. Once you’ve done that, pop by the thread and say hello. You can share your adventures, get advice, or just chat in general about this month’s game with your fellow Reloaders. If you’ve got screenshots, we want to see those, too. I’ll see you in the thread!

Next week, we’ll be going back to our on-going look at the history of JRPGs with a look at the biggest, most influential titles of the 1990s. Spoiler alert: it was a pretty big decade for the genre. We’ll check out some real legends next time. As always, thanks for reading!

Next Week’s Reload: The History of JRPGs, Part Two