It’s time for a brand new Hearthstone (Free) Tavern Brawl, and even though it doesn’t have anything to do with the upcoming expansion, it still awards you a Kobolds & Catacombs pack. The Void Singularity has you building your deck and then going to war. The fun part of this brawl is that at the end of each turn, all minions have their cost, attack, and health combined into one creature, Void Singularity. This creature does not absorb any of the card effects, but deathrattles do trigger (although reddit points out that some of them are bugged), so build your deck wisely. 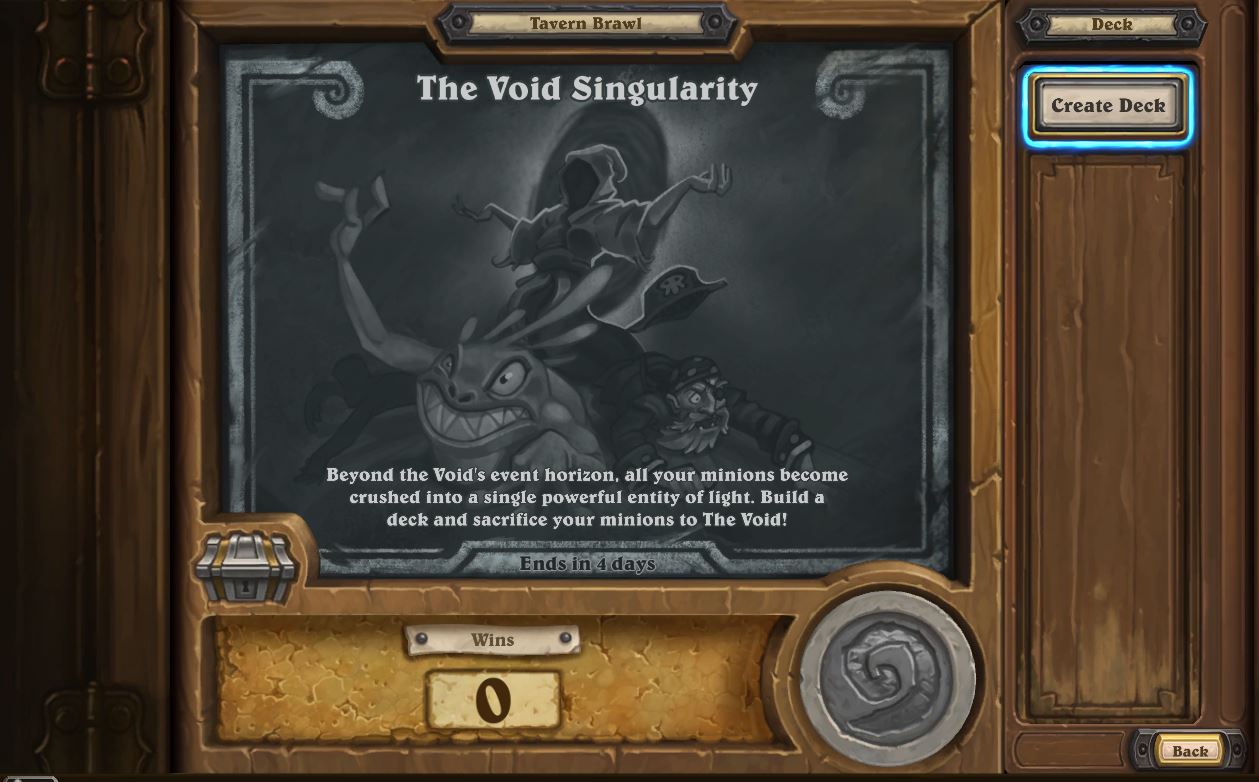 As you would expect, freeze spells and removal spells are necessary in this brawl because you need to slow down or remove your opponent’s minions (or Void Singularity) before they smash into your face. Minions that normally can’t attack are also great because you get high stats without that bothersome effect. And since the card costs are added together, Sap is a lovely little troll move. Once you win your first brawl, you get a Kobolds & Catacombs pack, so don’t miss out on this one.