If you’ve watched Thor: Ragnarok (an excellent movie by the way), then you probably know that Hela, the Goddess of Death played by Cate Blanchett, was one of the movie’s highlights partly because of her general badassery. Tomorrow, Hela is making her way to Marvel Contest of Champions (Free) and promises to be as devastating as she is in the movie. Hela’s Special moves will be familiar to anyone who’s watched the movie. Her first special move, Fury of the Dead, lets her stab her opponent in the heart (and not in a metaphoric, romantic way), her second, Soul Breaker, has her throwing twin blades and a huge axe with immense force, and her third special move, Hand of Glory, lets her summon a whirlwind of weapons just like in most of the movie’s fight scenes. 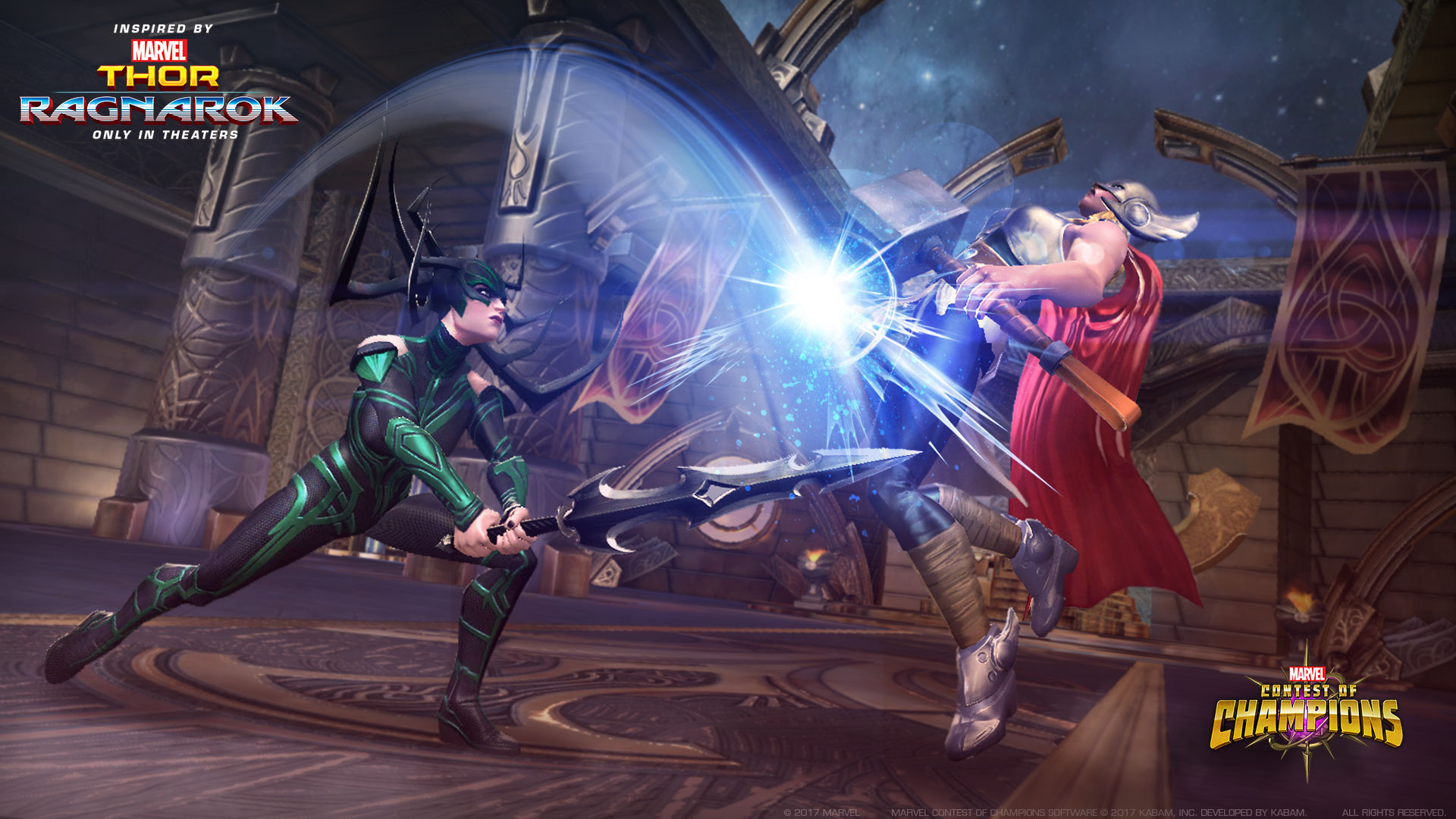 Her Signature Ability, Goddess of Death, makes Hela pretty much invincible, able to draw strength from any fallen comrades. She also has some great synergy bonuses with Loki or Thor, Angela, Dormammu, and Mephisto. Hela is a great character, and I hope they do her justice in the game. Hela joins the fray tomorrow, Thanksgiving Day.