Can Pokemon GO (Free) players collectively catch 3 billion Pokemon in just 7 days? That is what the Global Catch Challenge hopes to find out. The Challenge has already started and will run until November 26th, when it will conclude with a special celebration at the Pokemon GO Safari Zone event in Tottori, Japan. If players manage to catch 500 million Pokemon, then everyone gets the Bronze reward, which will give players double XP and more Pokemon appearing globally. If 1.5 billion Pokemon are caught, even more Pokemon will appear globally, and if the 3 billion catches mark is reached, Farfetch’d will be available worldwide for 48 hours while Kangashkan will be available in East Asia for 48 hours. And, of course, players will get some other bonuses as well.

In addition to the Global Catch Challenge, Niantic is also giving us a video series called Pokemon GO Travel, which takes a diverse group of Trainers from around the world to Japan to host the Global Catch Challenge. The group consists of IHasCupquake, Coisa de Nerd, and Rachel Quirico. I wonder whether (or how quickly) players will catch 3 billion Pokemon. Well, start catching them because the clock is ticking. 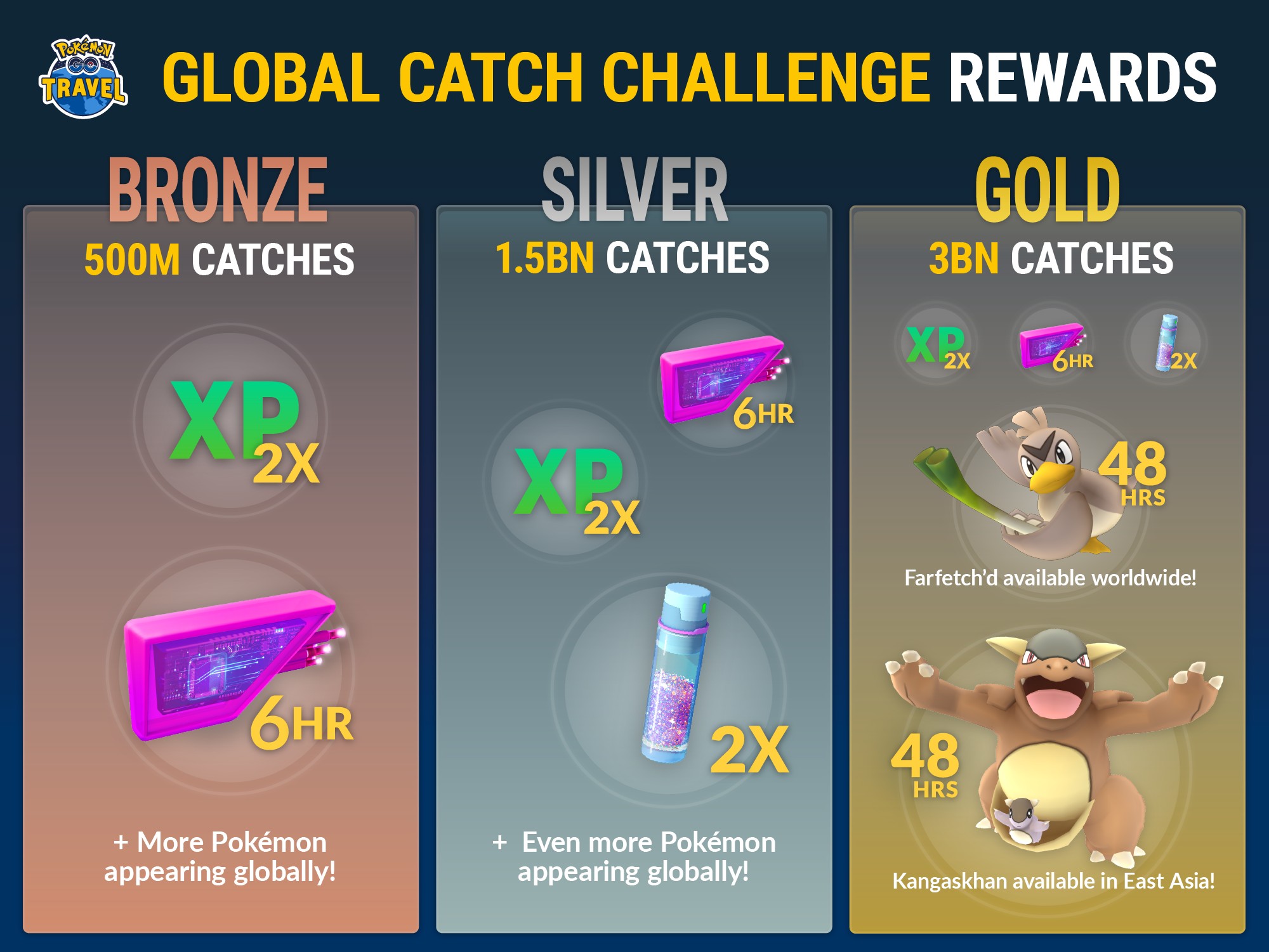