My interest was piqued pretty hard as I was perusing the app store a couple weeks ago, only to see a puzzle game that involved exploring an alien ship and solving the puzzles of its technology and the fate of mankind after encountering them. That premise, for a sci-fi junkie like me, along with those drop dead gorgeous screen shots immediately had my attention. And while I was expecting something more akin to Myst ($4.99), what I received was closer to The Room ($0.99) series, but with several areas of puzzles (The Rooms?) and a more cinematic piecemeal mystery story interspersed throughout. And it was pretty darn great. This is Returner 77 ($4.99). 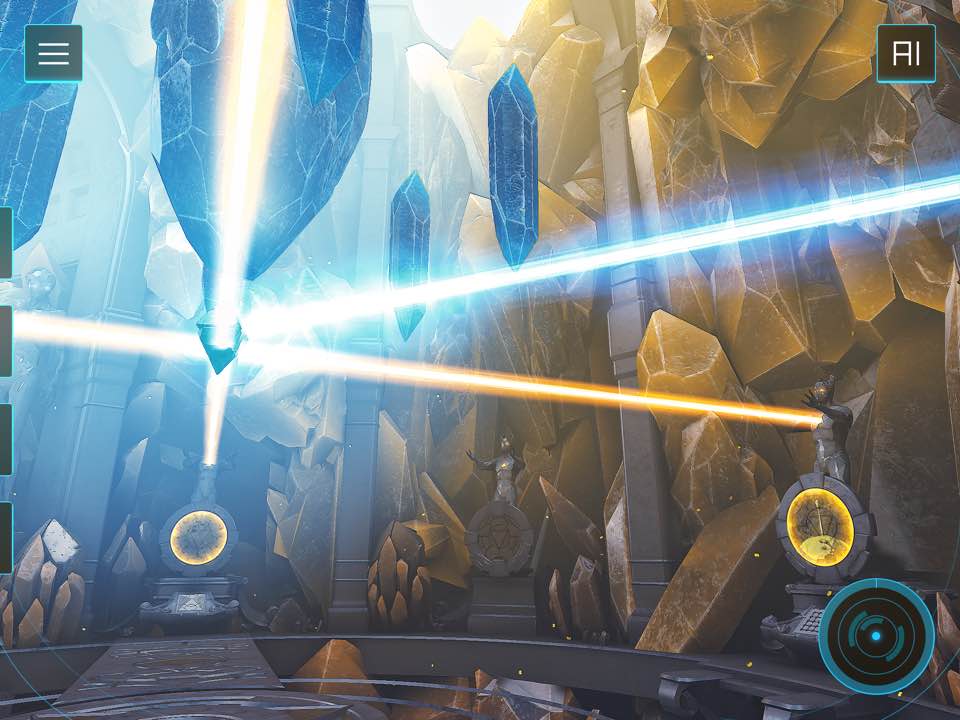 You are the 77th and final Returner, a group of astronauts who have been cryo-sleeping in orbit, waiting for the day they could re-activate a sleeping group of humans to resume human civilization and re-population after being absolutely decimated by an alien species. The fight seemed pretty one sided based on the aftermath. Like, pimply middle school kid vs Brock Lesnar one sided. And in addition to that, 75 of the returners are kaput. Done-zo. It’s just you and Colonel Ling, number 76. Colonel Ling was the first to wake up and headed off to the ship ahead of you, but dangerously leaves floating video diaries strewn about the ship to give you context and story. Considering the first one you find is right next to an open void and could have easily floated out to space, her planning gives me pause, but that’s just the start of it, and kind of beside the point. The real reason we’re here is puzzles. Lots of puzzles. 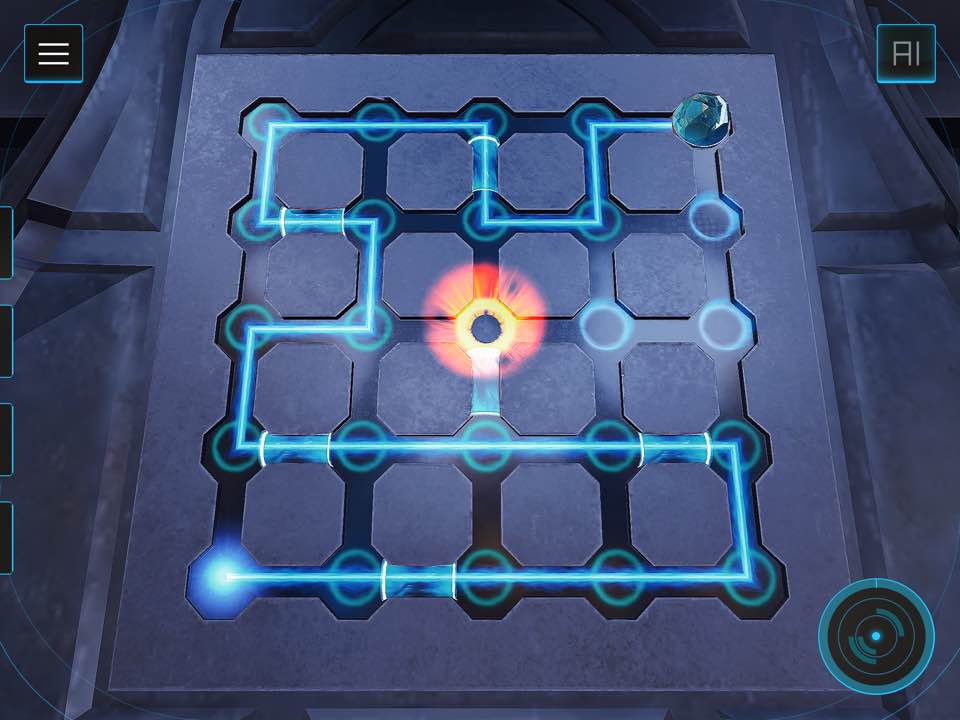 So I wasn’t kidding when I likened this game to The Room. Mechanically it is pretty much the same, as you explore an on rails set of points with the freedom to look around and touch stuff from those fixed spots. Some would call this The Room in Space, but I don’t want to diminish it with that comparison. The Room may have been a giant inspiration, but the games keep very separate identities. For one, the puzzles here are far more abstract. Rather than building on previous puzzles in an intricately linked series, they’re more disconnected, and made up of line drawing, pattern matching, block sliding, rotating, etc. All in the guise of alien tech. Even the very first door, which is a kind of tutorial door, seems too ludicrously convoluted to actually be a functional piece of a ship, so it’s best not to think about all that very much. It’s all just dressing for puzzles, in the end, and doesn’t make much sense. 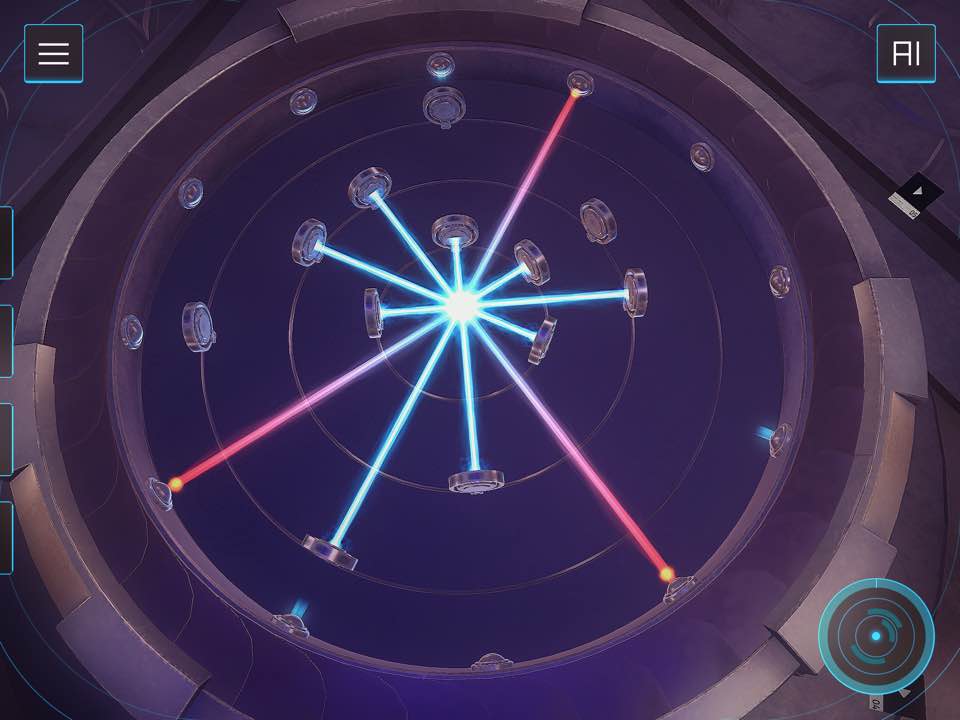 The puzzles are good. Not great, but good. Something like 20 percent were challenging with the rest falling between easy and adequate. You can activate helmet AI hints, but I turned them off at the start. Honestly, the real star of the show here is the environment. The graphics are jaw dropping at times. Great lighting and particle work supported by decent sound design and a soundtrack that was vaguely reminiscent of FTL ($9.99) at times. It’s weird for the star of a puzzle game to be the graphics, but it’s the one aspect that continually impressed me throughout. I just barely made the minimum requirements with my iPad Air 2, though our forums report some earlier devices working as long as iOS 11 is installed. Anyway, the puzzles come in a pretty wide variety, as you power-up consoles, doors, bridges, and other ridiculously advanced devices. The aliens here and their tech are photonic and crystalline in nature. Basically everything is light and crystals. I don’t know if being one of these aliens lets you bypass all these puzzles, because honestly, even though I said not to think about it too hard, I can’t help it. Making people solve intricate pattern puzzles to just turn something on makes me chuckle with how silly it is. 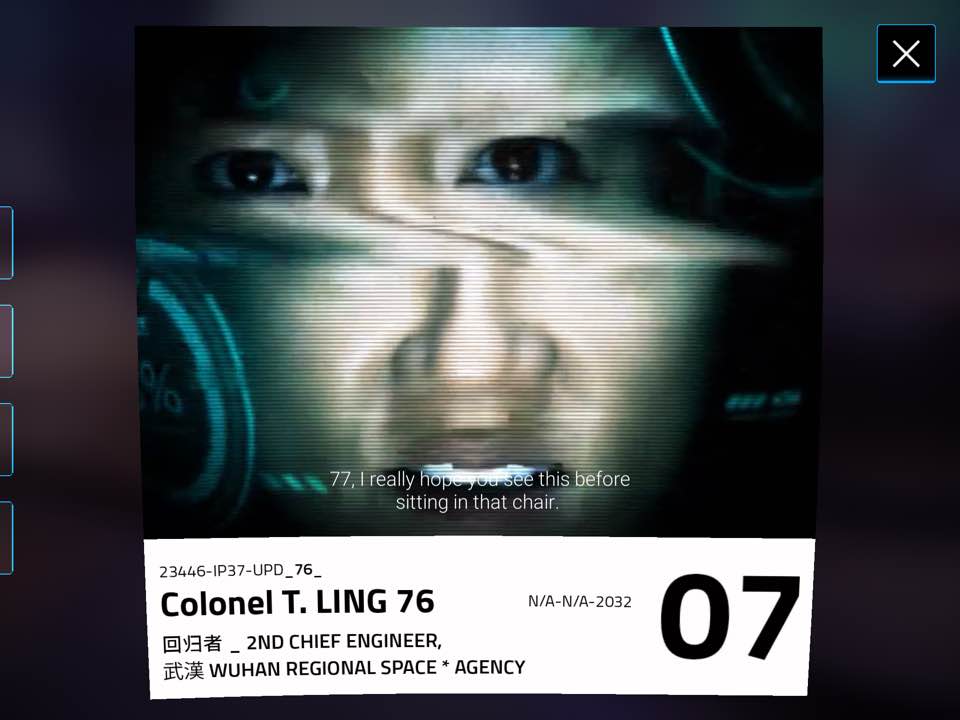 Speaking of that, the story in its current state is a bit disappointing. For one, there seems to be no good justification so far for Colonel Ling to have gone on so far without you, solving all these puzzles only to disable them because something starts following her. I don’t know if she actually woke up weeks ago or what. The aliens themselves are the main point of intrigue and interest. How they work, what they want, how they build this tech, and so on. The last room of the game seems to build up to a major reveal, and kind of does, but then it just ends on a total cliffhanger with a black screen thanking you for playing and telling you that more content is on the way. So hopefully when the story is finished it will be great, but right now it’s all promises and little to no delivery, which is mildly worrying. As an aside, the voice acting of Ling was just a bit too wooden for an ‘amazed and shocked’ scientist. I don’t know if it was second language barriers or what.

All that said, I am game to keep playing. If I wasn’t a sci-fi lover expecting more of a story, I probably wouldn’t have been disappointed by the story and just enjoyed the solid puzzles and fantastic visuals. And the game does a wonderful job of planting those seeds of wonder and inquisitiveness. As you explore this alien ship and get hints of their culture and even their biology, it creates a genuine sense of awe and intrigue for those players like me who are highly susceptible to that kind of content and in that frame of mind. This is the debut game of the creative Copenhagen based Fantastic, (yes, actual studio name), and what a debut it is. I’m looking forward to seeing this game completed, and whatever else they put out in the future.