As far as endless arcade type games go, the first Dragon Hills ($3.99) was a fun and chaotic beast. Featuring a princess in a tower waiting for her prince to rescue her, a prince finds all the gold on a lower floor and just books it. The princess, apparently being great friends with the dragon that ‘imprisoned’ her (I assume as a favor so she could get a man), sets off after this jerk of a prince with blazing fury in her eyes, embodying old sayings about hell’s fury and scorned women. All while riding said dragon, who gets around by burrowing, jumping, and sliding through the hills. Rebel Twins have now returned with a sequel, and it’s more varied, more polished, and much stranger than ever. Welcome back to the hills. It’s Dragon Hills 2 ($3.99). 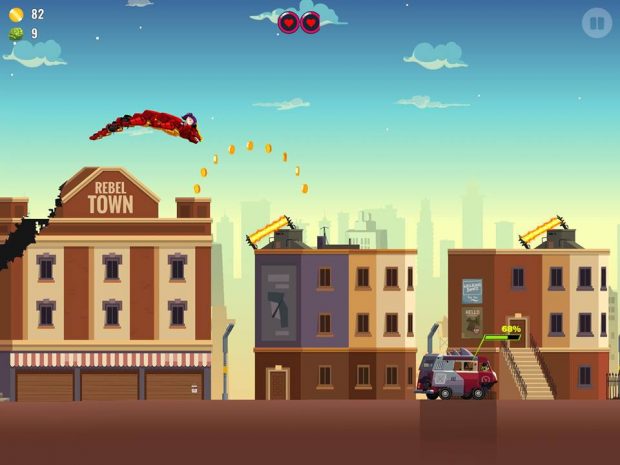 My thinking is that the developers just wanted a good excuse for a crazy variety of locations and enemies. The first game was no slouch in that department, bringing you through rolling green hills, pirate themed islands, Arabian deserts, and snowy mountains, pitting you against knights, rock monsters, and outright lightning calling demi-gods apparently. This time, the princess is in a modern-day city scape afflicted with a zombie apocalypse. Instead of a revenge fueled onslaught, you’re after a McGuffin that will allow you to time travel and stop the zombie apocalypse. And for some reason, she has a dragon mech, because she just does, and instead of wielding a sword at all times, you grab gun weapon pick-ups on the battlefield as you unlock them.

Everything is expanded on. The upgrades feel more unique and thought out. Each gun functions very differently, there are more base dragon stats to upgrade, like digging speed, and the dragon’s super forms are all distinct, whereas in the first game they were mostly interchangeable save for a small differences. These include a sky dragon that boosts through the air, panther type mech that just runs down everything on the surface, and an outright Mecha-Godzilla kaiju mech full up on fire power. The power ups are more interesting too. Instead of the freeze blast of the first game, you have a bubble hurricane that traps all enemies in harmless bubbles. Instead of one quick blast of comets, you turn into an invincible flying bit of energy and call targeted lightning down on whatever you want a couple dozen times. Plus, a dragon tsunami, which summons multiple dragons for extra destruction and collection properties. 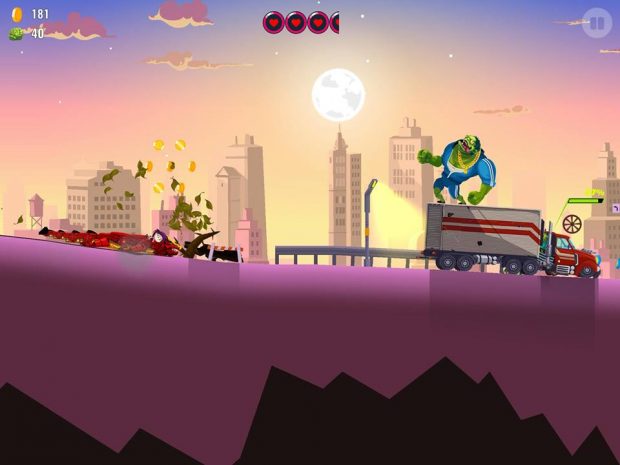 So instead of a rotating endless world broken up into quasi-levels, this is actually a level based game. You’ll be stuck in each era of time (Modern, Western, and Future/Space) until you beat 6 vehicular bosses to get the McGuffin cannisters, plus you’ll need to kill a certain number of zombies to get enough brains to fuel the machine, though I always had enough by the time I beat every boss. You can level select to hop around, though your progress resets each time. The differences in this game go much deeper than all that, though. For example, you can no longer stay underground indefinitely. In fact, at the very start, you can barely stay under at all before your (oxygen?) meter depletes and you start taking damage.

You’re super weak at the start, almost frustratingly so, though it’s brief. There was an arc of power in the first game, but it wasn’t as drastic and capped out sooner. The variety of upgrades make a huge difference, especially powers and super mech forms, so it’s worth saving up to unlock those relatively early. One difference I noticed immediately coming off the heels of replaying the first is that now, when you run into a wall or steep incline or building, you’ll near-instantly begin digging through it and ascending, where in the first game your momentum would be crushed. Speaking of momentum, there was nothing worse in the first game than having an amazing run going decked out with pick-ups and low damage only to be instantly killed by barely grazing a lava pit. No longer! Now the pits just do a LOT of damage, but upgraded-you can tank a few small ponds and grazing isn’t a big deal. It’s a good compromise. 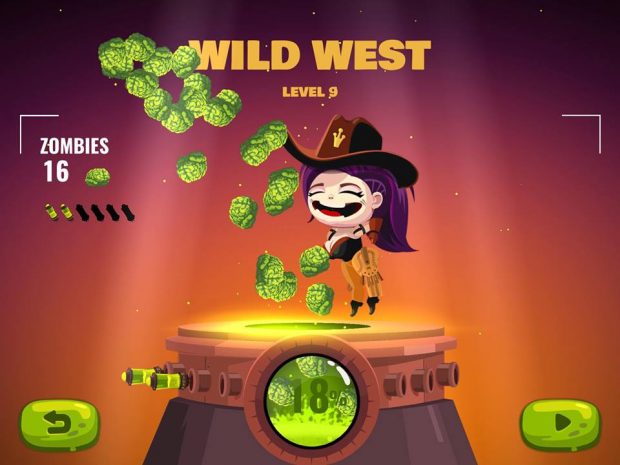 Before the only way to deal good damage was to smash right into everything and automatically hit it with your sword, outside of chains of explosions and debris going everywhere. Now, smashing into things is much less effective and the emphasis is on the guns. There are 7 in the game, all upgradable, ranging from pea shooters to machine guns to lasers to missile launchers, and while they’re helpful and plentiful, the real power is in the super mechs and power-ups. Speed-up coins serve a better and more obvious function now as well, granting temporary blazing speed and invulnerability once you’ve collected enough. There seem to have been other tune-up considerations, such as in the types of traps/hazards you’ll have to get around, and the game generally just has a much better feel. Art and music are all much improved as well, I’d say.

While the new level based system is refreshing, I also miss the old endless system. Without a simple leaderboard like that to compete on, it doesn’t have quite the staying power. The new leaderboards are for high score in a level, highest level achieved, and perfect jumps. The high score and perfect jumps (which are just jumps in which you collect all the coins in a trail or cluster, and can be gotten by accident) are limited to being done in a single run of a single level. Highest level achieved just isn’t very satisfying, as it just takes patience and grinding, coming from someone at level 73. I feel like a Classic Mode/Endless Mode would be the perfect thing to unlock after your first or second time through the entire game. I just don’t feel compelled to keep playing beyond this point, and I still have TONS of unlocks to level up in the shop.

Premium arcade games with no IAP are as much of a rarity as ever these days. These developers have created an engaging and destruction filled game full of cool stuff to collect, kill, and become. Rebel Twins seems to continue improving with every game, and they deserve the price of admission. If you liked the first one, give this a shot for the variety it brings to the old formula, and if you haven’t played it, feel free to jump in. I’d still recommend playing both, honestly. Great mostly-mindless action fun.