Hello again from BlizzCon 2017. We have some cool news today straight out of the Hearthstone (Free) Q&A panel, but it wasn’t the Q&A part that was the most exciting. What the developers did for the first time was let the attendees vote for 1 new Arena card per class to be added to the game, and it was great fun seeing both which cards were the people’s choice and which ones didn’t make the cut. For each class, we got to see 3 picks with a short (usually very short) explanation behind each of the cards. These new cards won’t be making their way to Arena right away, but they should be coming in a not-to-distant patch. 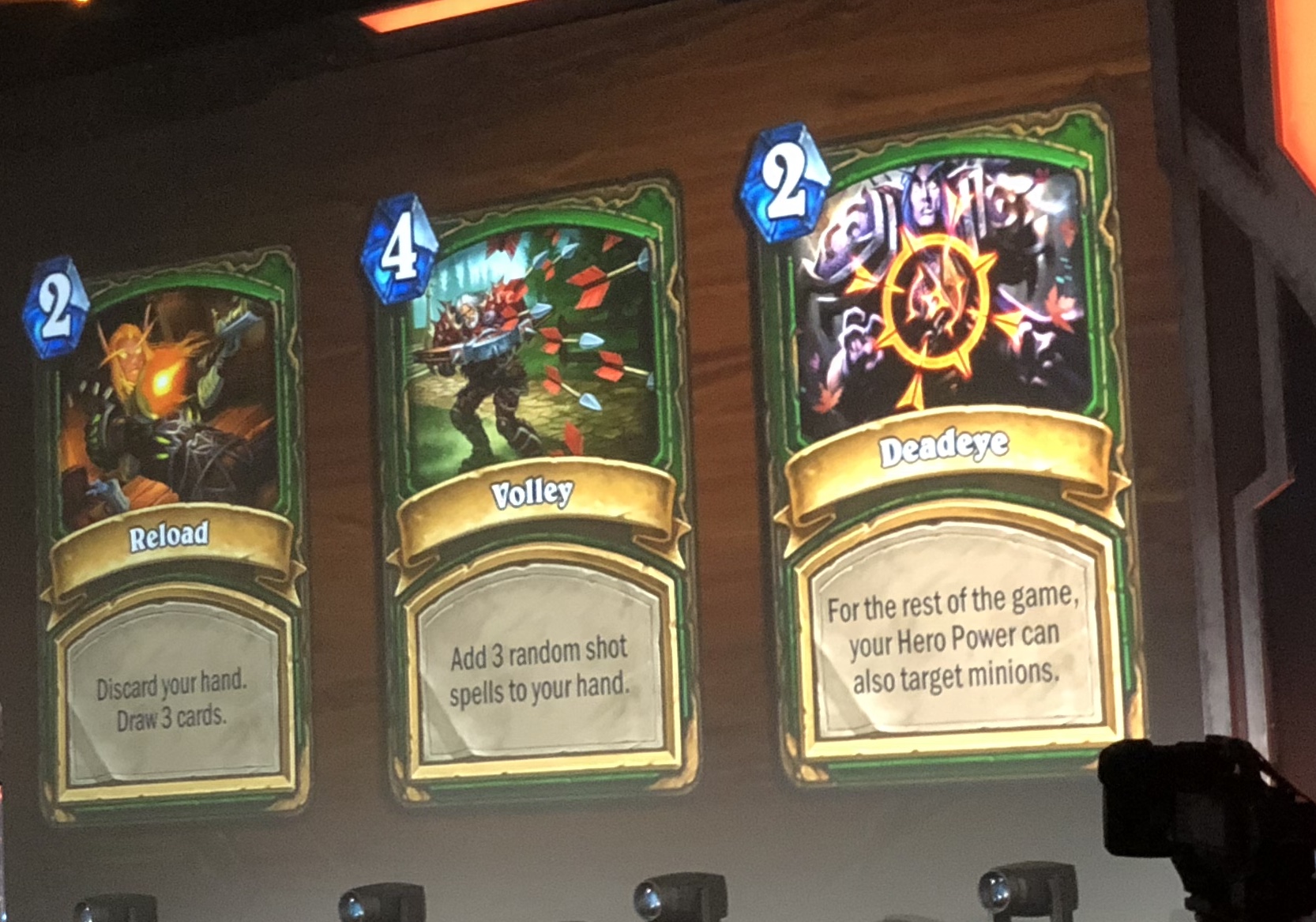 The first class we got to see was Hunter, and the clear favorite here was Deadeye, which lets you use your hero power on minions. Unsurprisingly, Deadeye was easily the standout and will be coming to the Arena. The choice for Mage was a bit more close, with Polymorph: ??? and Power Cosmic getting lots of yells but Polymorph: ??? getting picked at the end. I’m glad we are getting that card because it opens up some really fun offensive and defensive capabilities.

Warrior’s picks were all weapons, and even though it looked Axe of the Eclipse was going to get picked, the honor ended up going to Blazing Longsword. Paladin’s Hand of Salvation got picked next, another card that opens up some interesting possibilities and trickery. Generous Spirit was the Priest pick, with Smoke Bomb next for Rogue, Crackling Doom for Shaman, Nature’s Champion for Druid, and Bottled Madness for Warlock. What do you think of these new cards? Would you have picked different ones? Sound off below. 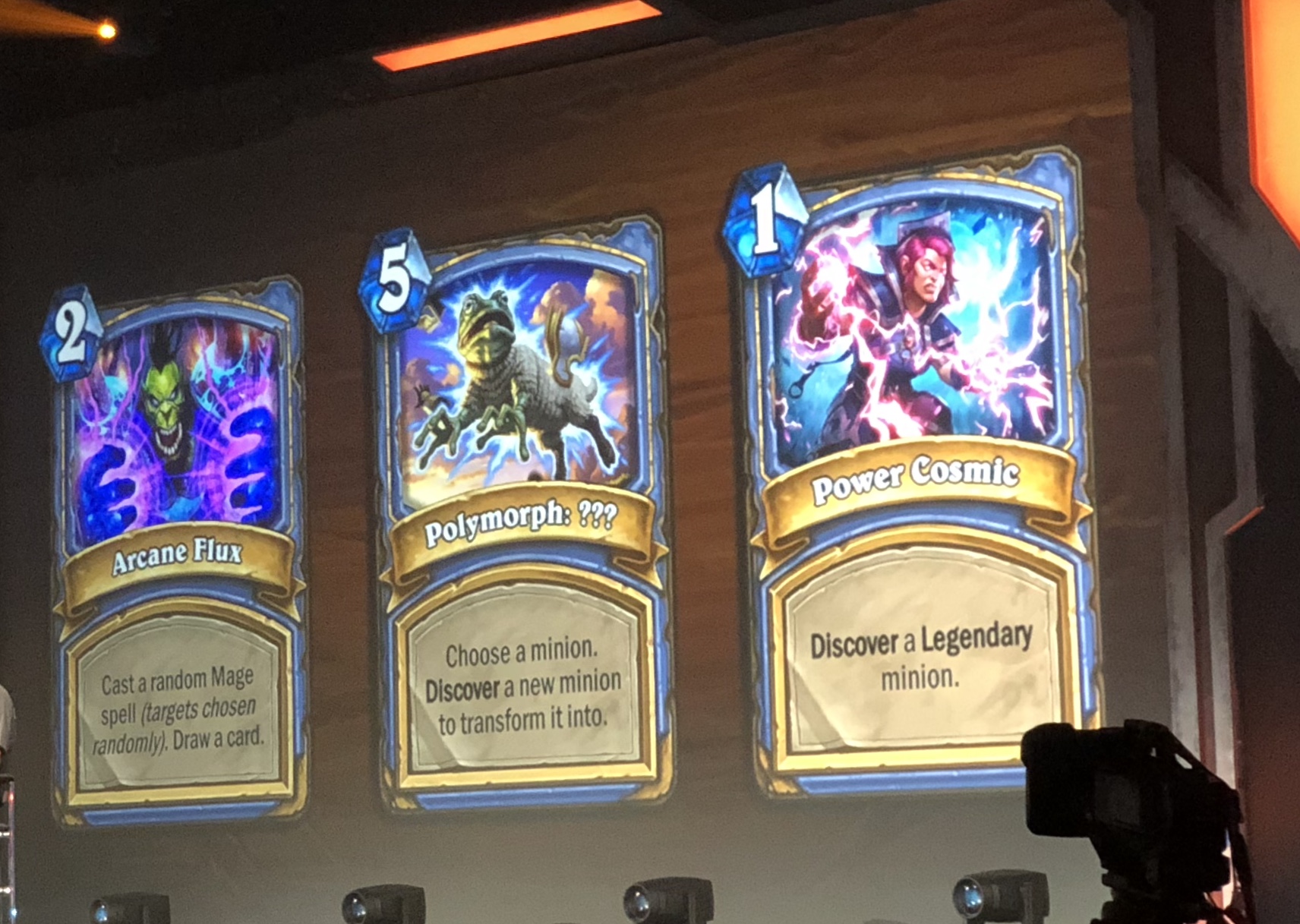 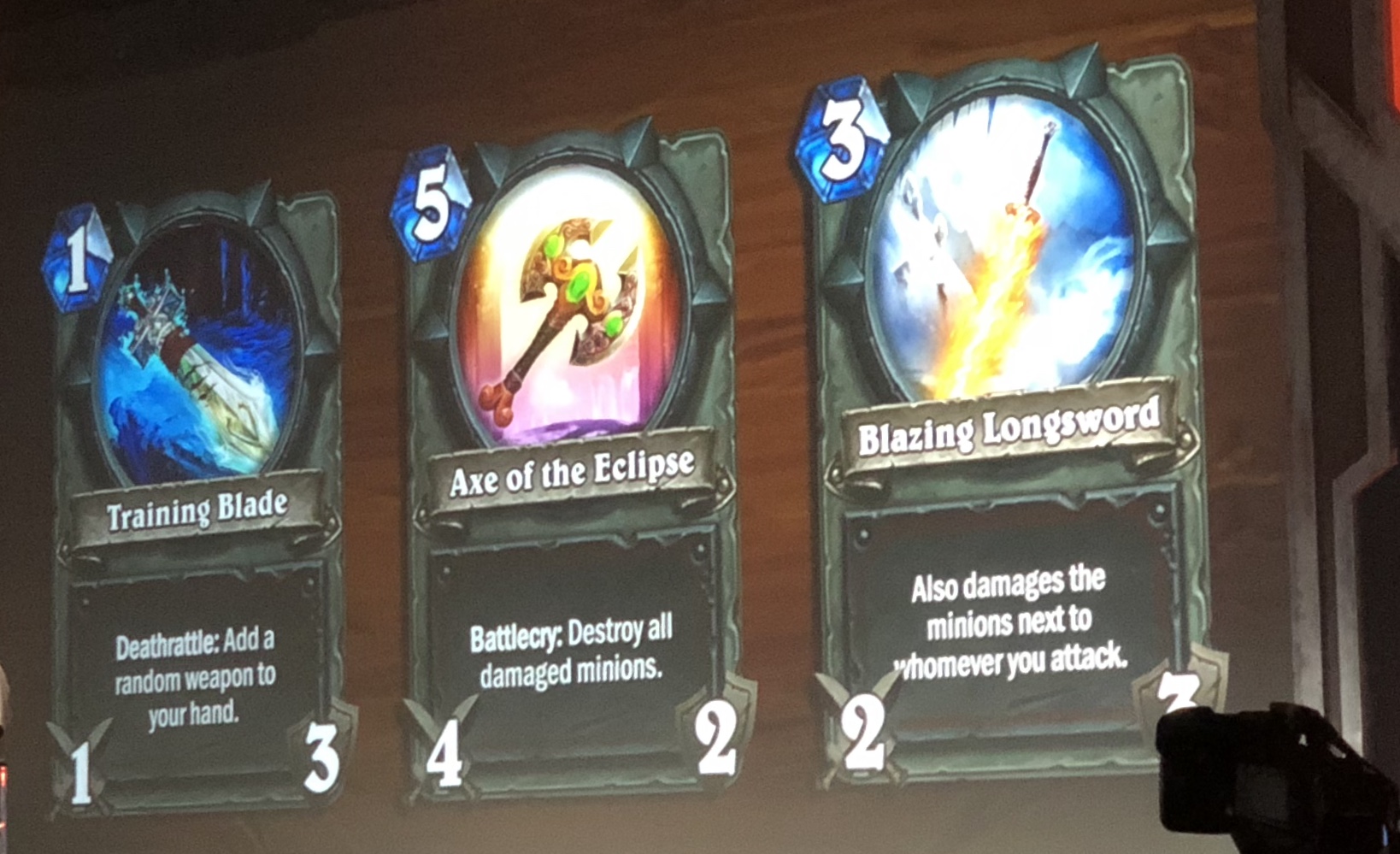 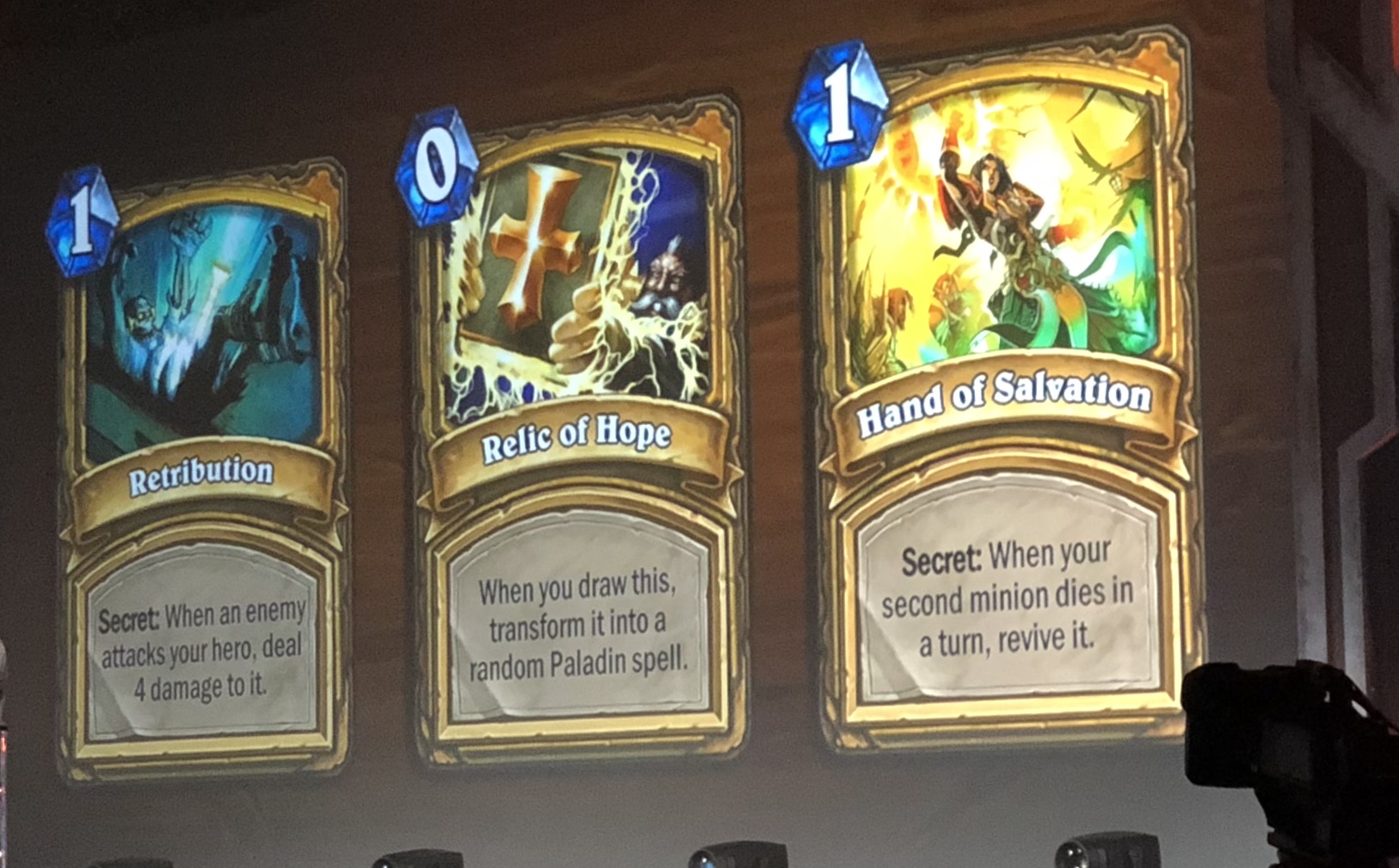 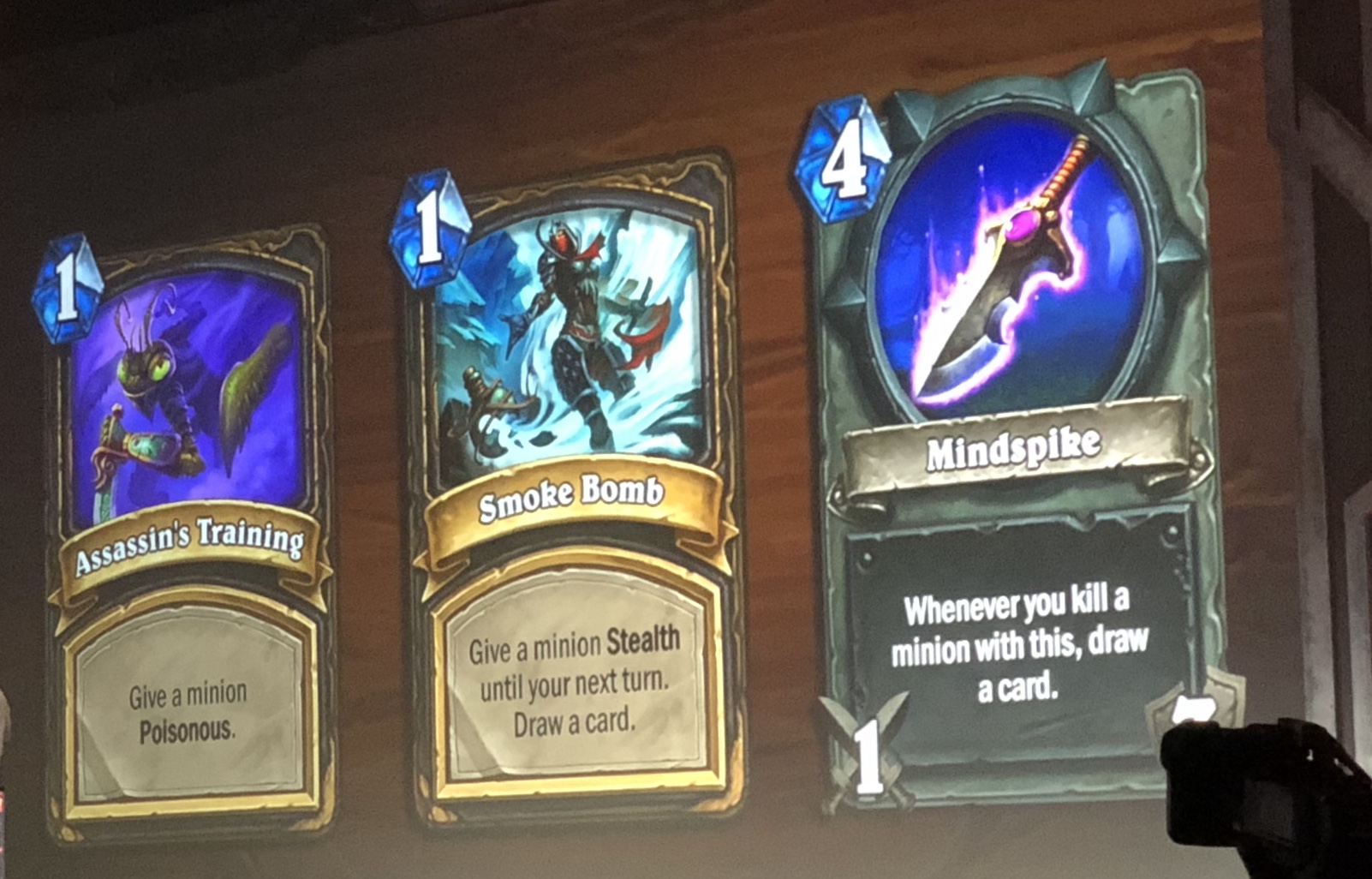 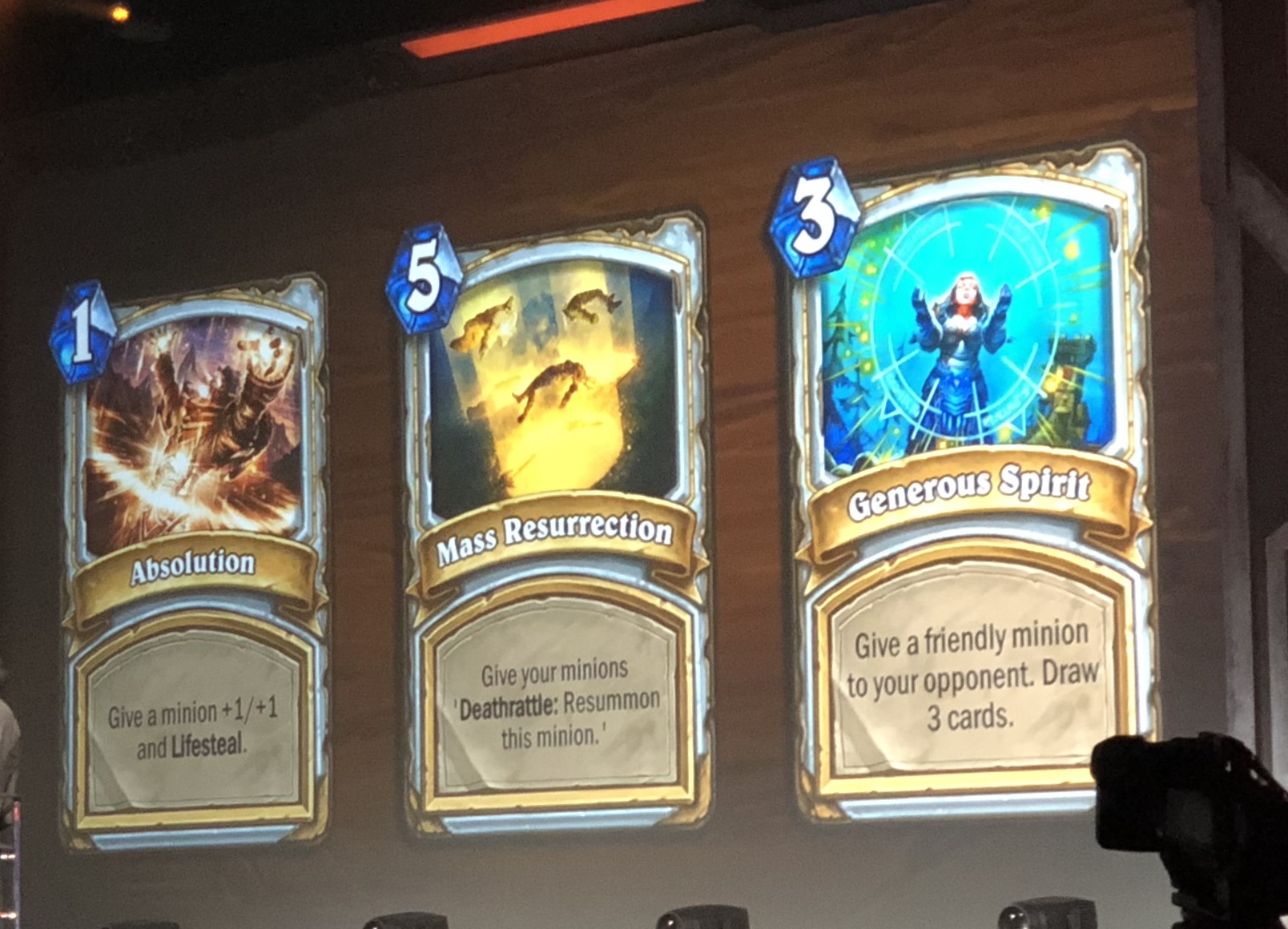 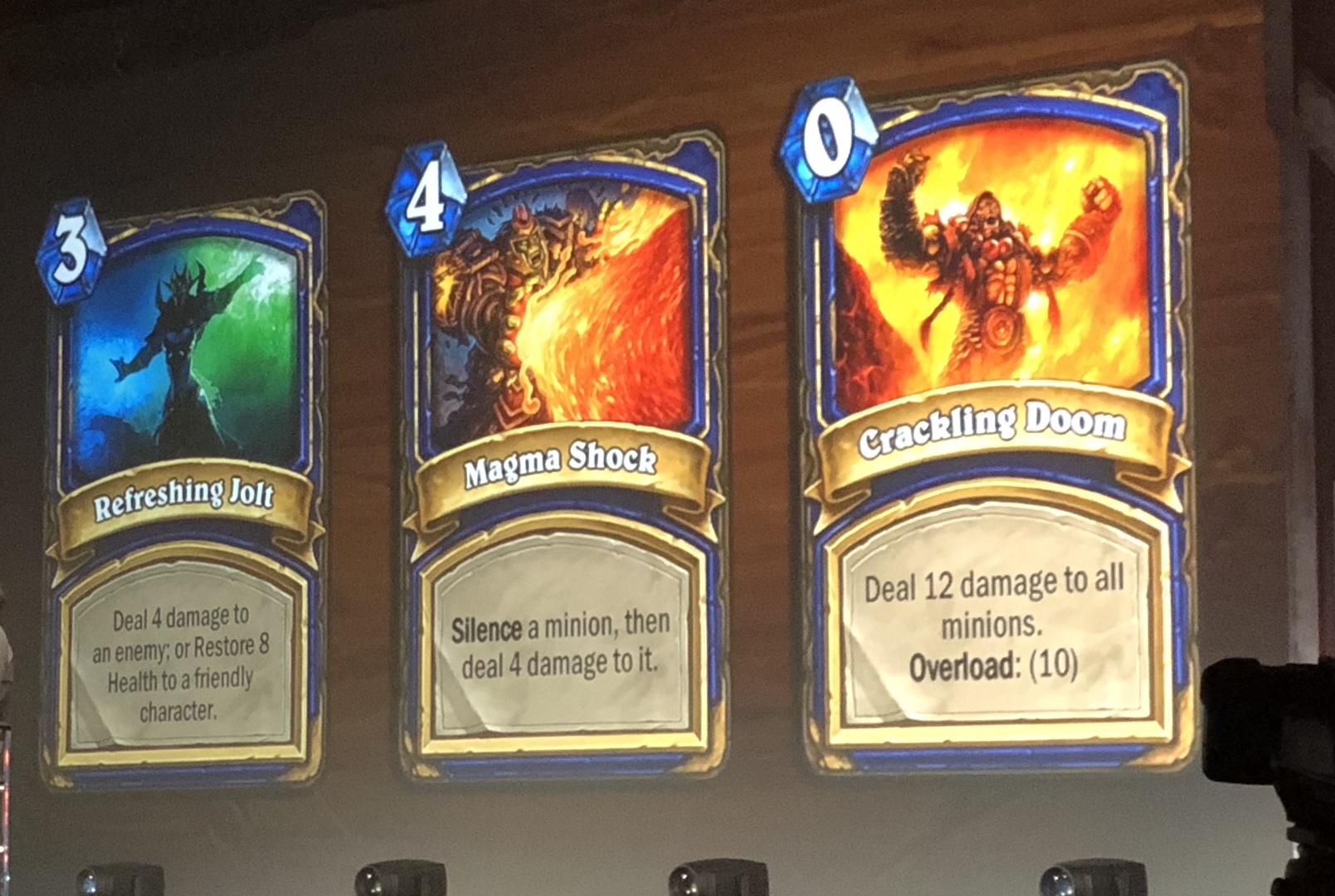 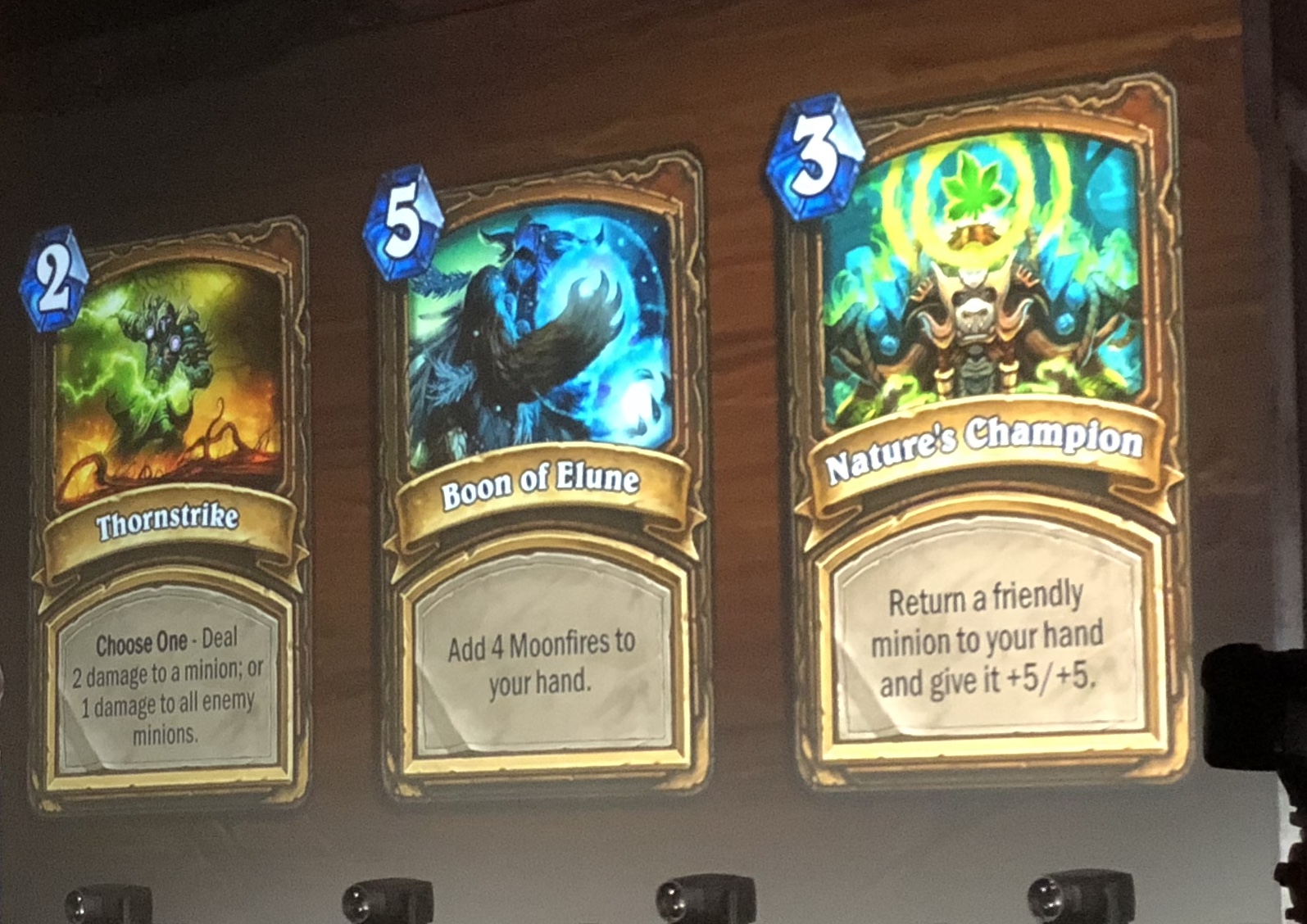 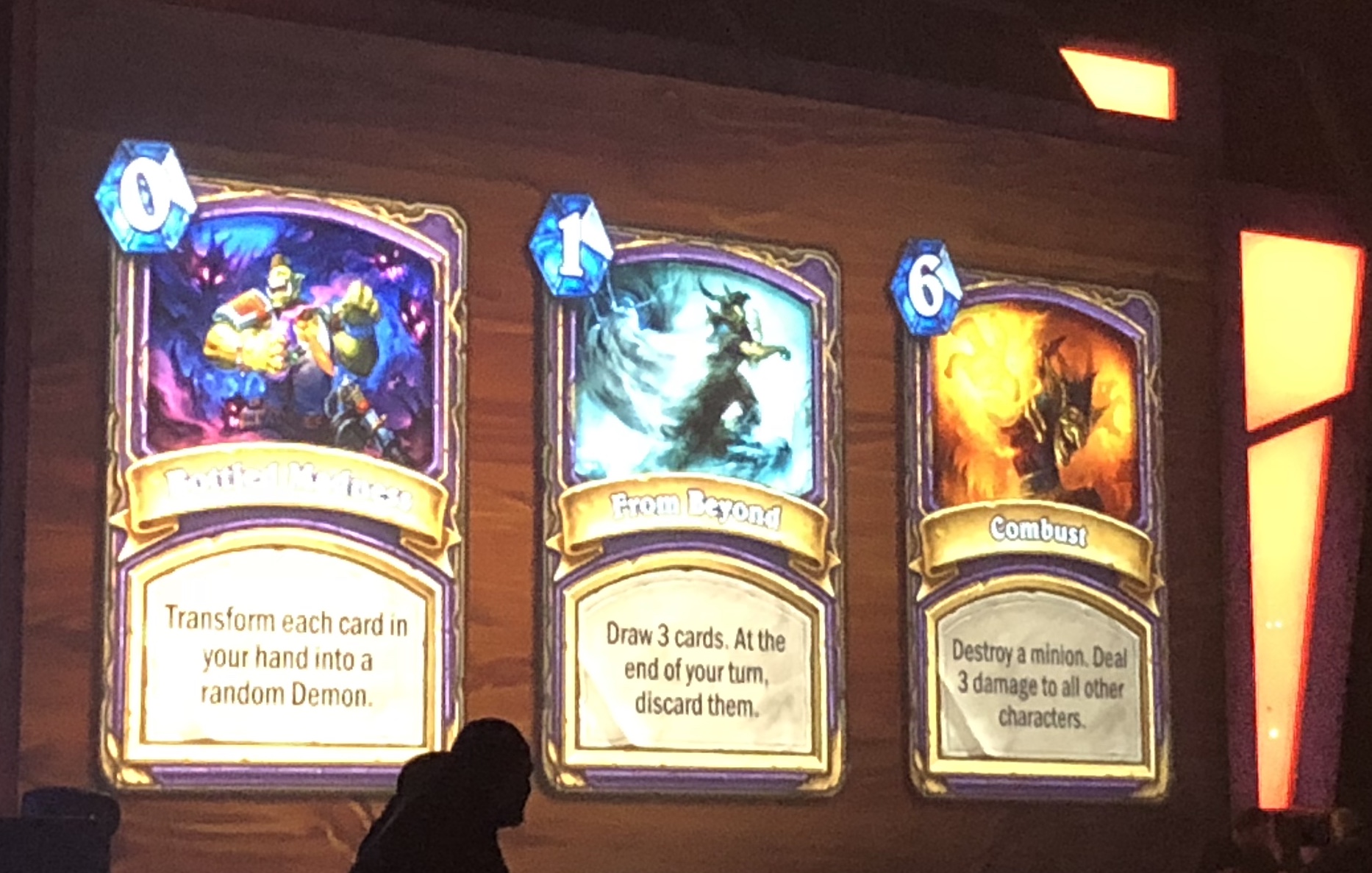