It certainly has been an exciting few weeks for iOS gaming. While 2017 has, on the whole, being an incredibly strong year for the platform, the onset of iOS 11 has resulted in a couple of huge surprise releases that have eclipsed everything else in their wake. The Witness ($9.99) brought Jonathan Blow’s vibrant and challenging puzzler to the smaller screen in what can only be described as a phenomenal technical achievement, and this week The Talos Principle ($4.99) marked the latest – and hopefully not the last – major indie port for mobile devices. While there are hundreds of other reviews for the game that you can easily find online, as well as the official TouchArcade review hitting your screens soon, it’s no secret that The Talos Principle is an excellent puzzle title that is more than worth the $4.99 from a gameplay perspective. However, the most pressing question for mobile gamers, and especially those who may already own the game on other consoles, is whether this iOS iteration is a fitting tribute to its incredible source material. To help, I’ve enlisted the assistance of the TouchArcade forums to share their thoughts on The Talos Principle on iPhone and iPad. 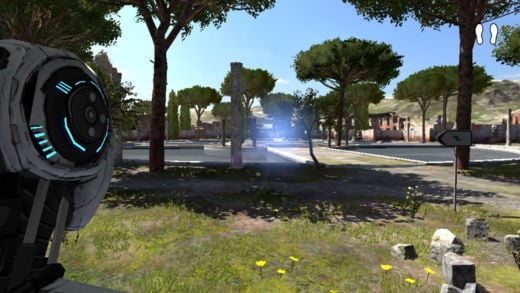 The overwhelming positive feedback for The Talos Principle amongst our mobile community emphasises the fact that Croteam and Devolver Digital have done a mightily impressive job, however there were understandably many concerns over two elements of this port – performance and controls. Thankfully, the game has received almost universal praise in the former category, despite some evident compromises present. Leokon96 and JRJulius both reported that The Talos Principle ran well on the iPad Mini 2 and iPad Mini 4 respectively, while kowalos highlighted that, unlike The Witness, the game was ‘very smooth’ on a first generation iPad Pro 12.9". However, this slick performance and resulting conservative battery usage comes at the expense of graphical fidelity, with the same users citing occasional jagged or low res textures and shadows. 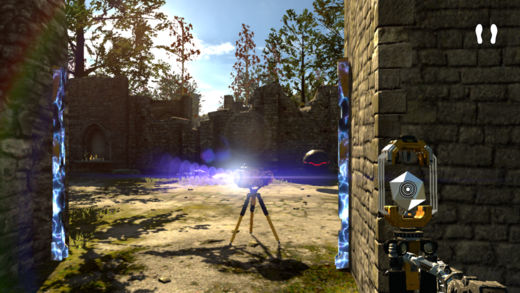 On the topic of controls, reactions are decidedly more mixed amongst our forum members. CandyKiller argues that issues with the third-person view and character animation make it difficult to perform the ‘subtle, precise movement when the character is shaking around like mad’, while similarly themed user candyjet reported occasional glitches with the virtual joystick making them lose focus. NewZealand (presumably not representing the entire country) provides the most damning verdict, arguing that ‘the virtual controls are shocking, making [the game] unplayable’. However, other users have had a far more positive experience with the controls, with nkarafo praising the customisation options, nodoctors enjoying the meticulous virtual joystick mode as opposed to the tap to move system that was somewhat clunky in The Witness, and many other posters singing the praises of the MFi controller support. 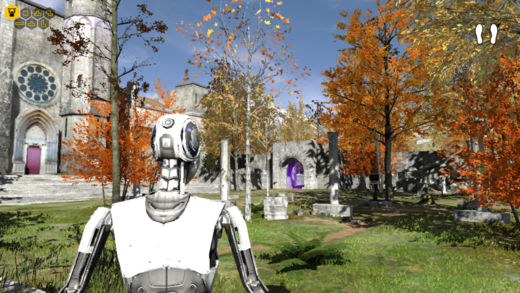 In my opinion, the fact that such an impressive showpiece is on the App Store at all should put the inevitable compromises regarding the performance and controls for The Talos Principle into perspective, but your milage may vary depending on your own approach to mobile gaming. However, amongst the debate regarding the technical side of the port, many forum members were making the bold claim that The Talos Principle on iOS is, in many ways, the best version of the game – and I can’t help but agree. Gurney Halleck stated that, despite owning the Steam version, ‘playing this on iPad Pro 10.5" is now [their] preferred platform’, as it is ‘perfect for relaxing back and settling into a play session with good headphones’. Gambler goes one further, and raises a point that resonated with me strongly whilst reviewing The Witness a few weeks ago. They justifiably suggest that playing such a dense title and ‘staring at a game for hours’ is just too hard – the portability of the iOS version, on the other hand, allows them to ‘make small breaks anywhere and pick up where I left, anywhere I want’.

When people make the claim that a title is suited to mobile gaming, normally this means it’s a short-paced, 2D puzzle title that is only expected to captivate the user for a couple of minutes at best. And yes, many of the most popular iOS releases fit this description to a tee, and have also received critical acclaim whilst doing so. In recent months, with the advent of the Nintendo Switch and major mobile releases like The Talos Principle, the expectations around portable gaming have changed dramatically, and for gaming enthusiasts this is a huge step in the right direction. Despite a greater scope and elevated sense of ambition, the busy nature of modern life makes Gambler’s statement that games like The Talos Principle and The Witness are ‘just absolutely perfect for a portable device’. For $4.99, such an unequivocal declaration is surely worth giving the game a look, regardless of some quirky hardware limitations. Either way, be sure to let us know your own experience with The Talos Principle in the comments below, on our forum thread, and on our lively Discord server.