I wasn’t the biggest fan of the previous Ace Attorney game, Dual Destinies ($0.99). While it wasn’t the worst game in the series by any stretch, it felt too much like an apologetic reaction to the backlash from Apollo Justice ($0.99). It’s clear from the end of that game that there were major plans for Apollo’s story, plans that had to be changed or scuttled to accommodate the fans’ demand for the return of Phoenix Wright as the chief protagonist of the games. Phoenix Wright himself had to have significant character development rolled back, as well. On their own, these aren’t necessarily bad things, but Dual Destinies never really justifies that sacrifice. It doesn’t want you to forget Apollo, of course. He’s a major part of the game’s plot, after all. But it does want you to forget any and all of the plot threads that they had been building around him, hoping you’ll treat him like a second banana Scrappy Doo so that Phoenix can strut his stuff as the main underdog once more. 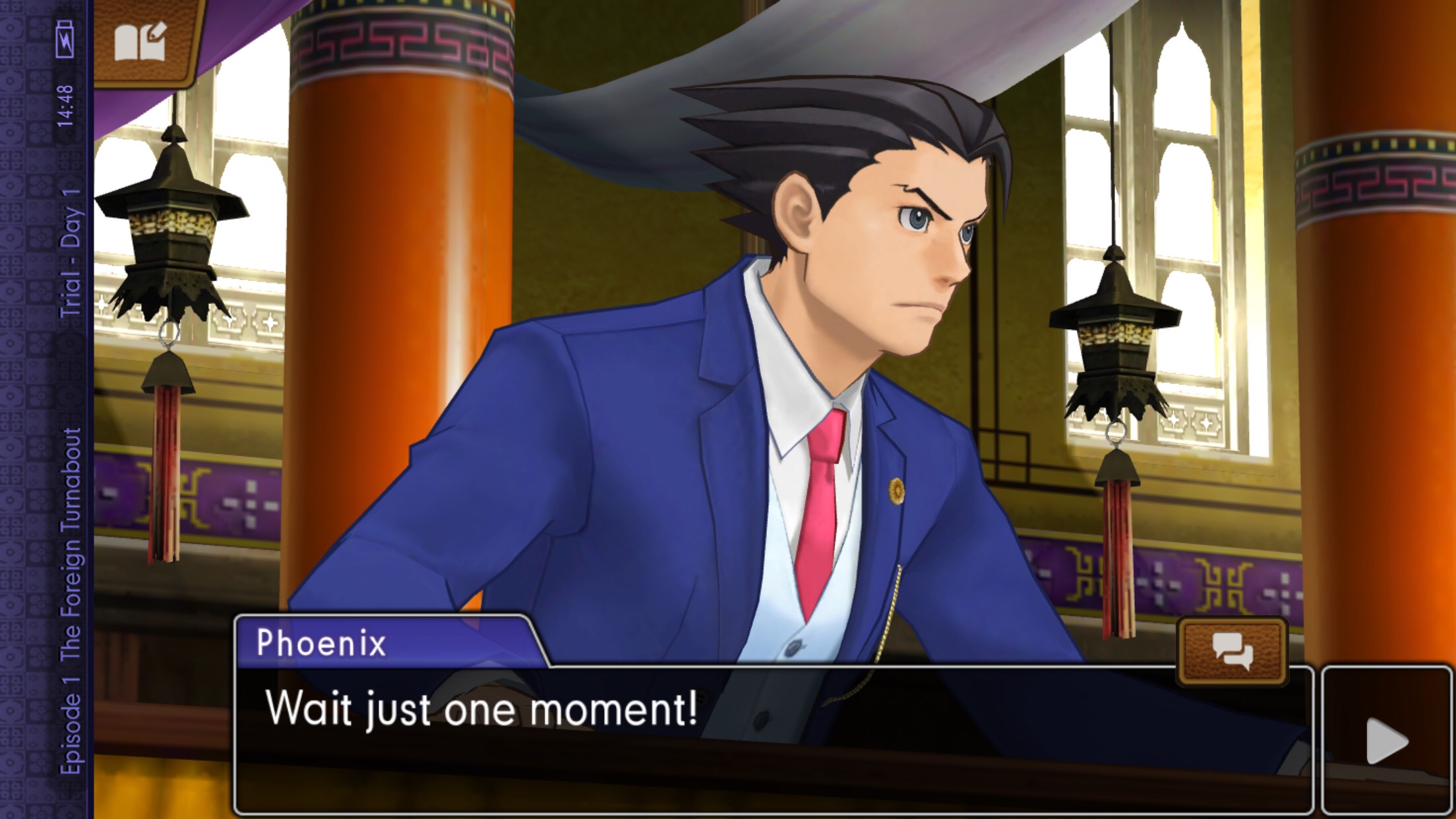 It’s accurate to say that my interest in the series tailed off hard after Dual Destinies. For the first time, then, my experience with the iOS version of an Ace Attorney game is a fresh one. I bought the Nintendo 3DS version of Phoenix Wright: Ace Attorney – Spirit of Justice ($0.99) on sale some time ago but could never overcome my ennui towards it enough to play it. I’ve since fired that version up for the sake of comparison, but my first full playthrough of Spirit of Justice has been on my iPhone over the course of the past few weeks. Having finally reached the end after almost 40 hours, I’m considerably more satisfied with this installment. It’s also worth mentioning that, like Dual Destinies, this is essentially a high-res version of the 3DS game and is generally better than that version in most respects. It’s missing a little extra content, but the game’s main story is here and it’s looking fantastic.

One of my big issues with the rollback of Phoenix’s character was that I felt it stretched the limits of belief that the intensely clever chessmaster of Apollo Justice could be as goofy and mildly incompetent as an Ace Attorney protagonist needs to be. The premise of Spirit of Justice takes care of that problem nicely. In this game, Wright is in a foreign country whose rules and customs aren’t well-known to him. Their court system has some serious flaws in its methods, and the country as a whole is extremely hostile towards defense lawyers for reasons that become apparent over time. The deck is stacked against Wright like never before, and his ignorance of the local customs is a great smokescreen for him to flail about like an amateur. 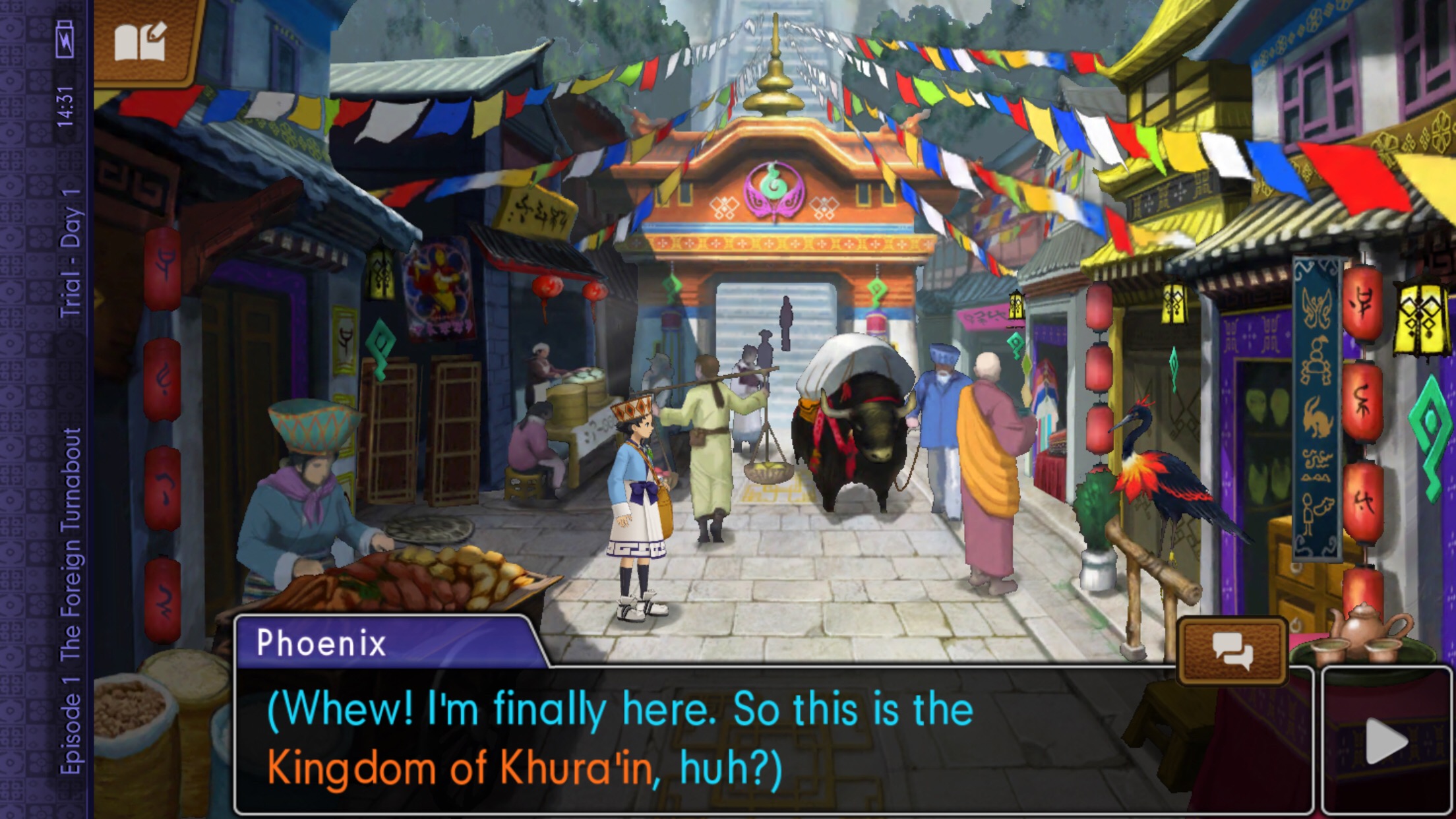 The new court Wright finds himself participating in also pulls in a new gameplay mechanic. Cases are tried in this land by observing the victim’s last moments through something called a Divination Seance. It’s evidence that would seem hard to argue with, but that’s just what you’ll need to do. Specifically, you’ll need to spot contradictions between the memories themselves and how the court has interpreted them. It can be a little tricky, but after how easy Dual Destinies was, I’m not really going to complain about a few cases of iffy logic. Many of the quirky mechanics from the previous games also return, helping to keep things fresh over the course of the game’s five episodes. The bread and butter gameplay remains the same as ever, naturally. You’ll alternate between investigation phases where you collect evidence and information in a point and click-style interface, and court phases where you use that evidence to try to find contradictions in witness testimony.

Just as in Dual Destinies, you’ll be bouncing between the three main lawyers from the Wright Anything Agency. Phoenix Wright handles the first and third episodes, Apollo Justice tackles the second and fifth, and Athena Cykes takes the fourth. The majority of the cases take place in the foreign land of Khura’in, but you’ll also spend some time in the familiar court in Los Angeles. Eat your hamburgers, Apollo. As you can probably guess from the episode assignments, Athena Cykes has a greatly reduced role in this game compared to Dual Destinies. You’ll also note that Apollo, not Phoenix, handles the game’s final case. That’s because, despite all initial appearances, Spirit of Justice is very much about Apollo Justice. I don’t know if this game’s resolution was what the developers originally intended back in the fourth game, but it works. We learn a lot about Apollo’s past, learn the answers to many important questions that were raised in the fourth game, and get to guide Apollo against an unexpected, fierce opponent. 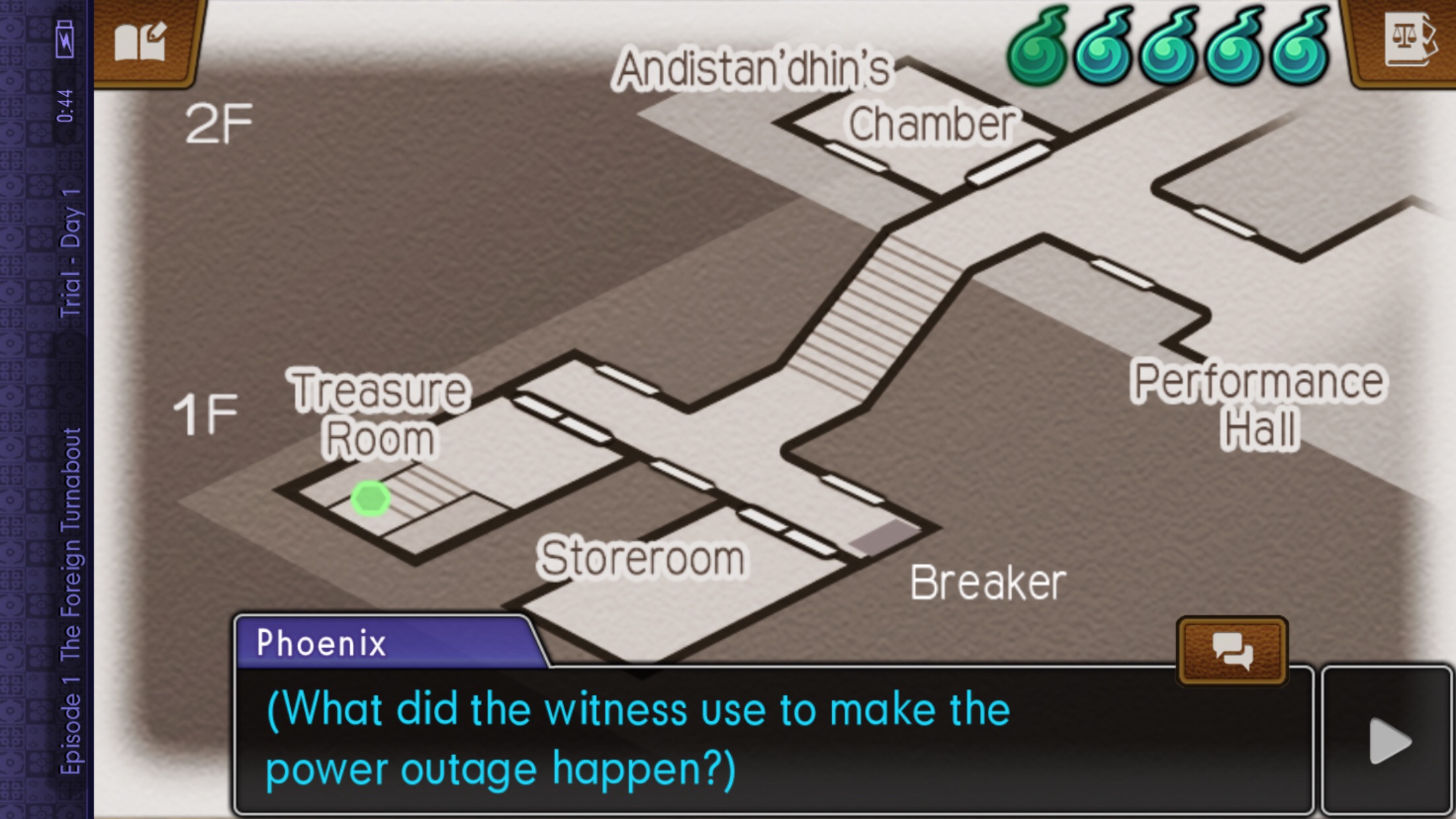 In short, Spirit of Justice moves a number of story threads forward, closes off a few, and does so in a way that respects the events of the previous games. The pacing on the whole is vastly improved from the last couple of games, with the only weak case (Athena’s) being mercifully swift compared to the others. It brings back past characters without coming off like it’s just playing for nostalgia, and the challenge is back to the usual level after the dip in the last game. There are a few weird bends in logic, and if the mysticism found in some of the earlier games bothers you, you’re probably not going to enjoy the setting of this one. Overall, however, this is probably the best new Ace Attorney game since the Game Boy Advance days. There’s even a terrific bonus case available as IAP that is drenched in the qualities that have made Ace Attorney a famous series. We’re not quite at the heights of the original trilogy here, but this is closer than we’ve been in ages.

Your initial purchase of the app includes only the first episode. It’s a fair price for the length of it, even if I’m not quite keen on paying for a demo. At any rate, that expense will give you a good idea of the tone Spirit of Justice is going for, and should leave you knowing whether or not you want to drop the extra $14.99 for the rest of the episodes. You can also buy the episodes a la carte for $4.99 each, but you’re going to want the lot, so you might as well save a few bucks on it. The added special episode is not part of that bundle and is available for $2.99, while a pack of costumes will run you another $0.99. Unfortunately, the iOS version doesn’t seem to have the extra non-canon cases from the 3DS version. It’s not a huge loss, but the pair of Asinine Attorney episodes are pretty funny and I can’t see why they wouldn’t be included here. Other than that, this is by far the better version of the game.

All in all, this is a good return to form for a series that has been struggling with where to go since it attempted a protagonist switch. It hopefully goes without saying that if you enjoyed all of the other Ace Attorney games, you will enjoy this one. If you’re new to the series, I definitely would not recommend starting here as it’s somewhat steeped in its own lore. If, like me, you found Dual Destinies to be somewhat wanting, you might find Spirit of Justice scratches your itch a little better. The pacing is improved, there’s a bit more challenge, and the characters make a lot more sense. If nothing else, its pun game is certainly on point. A good turn for Ace Attorney overall, and a smooth handling of what was becoming some very messy loose narrative threads.