When we first heard news of Cat Quest ($4.99) way back in June of last year, I don’t think any of us could have expected just how good the game would be. It officially launched in early August and took players on a cute, cat-filled adventure that felt surprisingly epic while still feeling totally tailored to our tiny mobile device screens. We awarded it our Game of the Week upon release and easily gave it 5 stars in our review. We also got more than our fill of cat puns (but are always craving more). Well, after that stellar launch and reception, Cat Quest is readying some pretty big things for a future content update. Many games offer a “New Game Plus" mode upon completing the game once, giving you a reason to play through the game again, and Cat Quest is no exception. Except in this case, true to their punny nature, it’ll be known as Mew Game Plus. 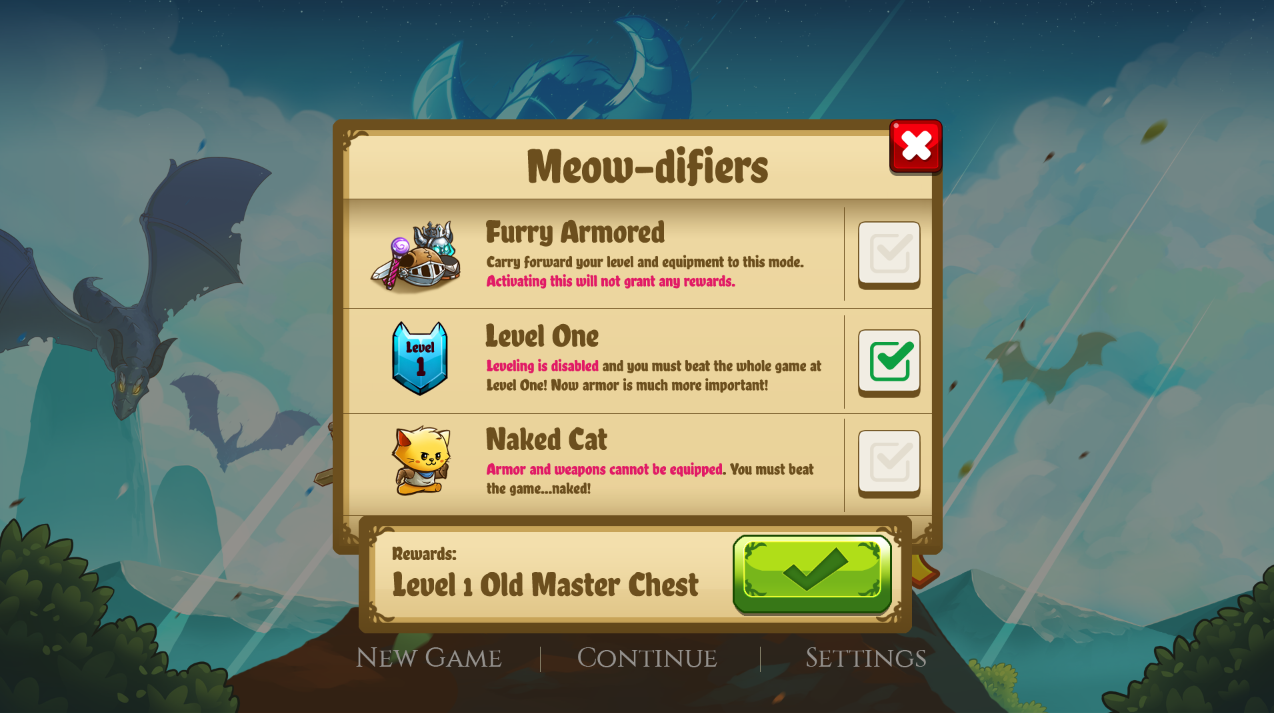 After beating the game at least once, you can fire up a Mew Game which will allow you to enable certain modifiers, or meow-difiers as developer Gentlebros calls them. These will allow things like turning off leveling so you’ll need to complete the entire game with a Level 1 character only, or turning off armor and weapons entirely forcing you to complete the game “naked." Best of all is that unique armors and weapons will be added which you’ll only be able to get by completing the game again with some of these meow-difiers enabled. The more meow-difiers you use, the greater the rewards. Finally, the game will be recording the time you take to complete a Mew Game so if you’re the type who enjoys speedrunning then this will be of interest to you. Gentlebros estimates they’re about 60% complete with the new update so expect to hear more about it soon and be sure to follow along in our forums.