Another Lost Phone: Laura’s Story ($1.99), the sequel to the very successful A Normal Lost Phone, is a tricky game to review primarily because its “value" doesn’t come from great gameplay, a surprising plot, or terrific visuals. Instead, the game is primarily a vehicle whose primary purpose is to bring important social issues to the forefront and ask the player to acknowledge them in the real world. Another Lost Phone isn’t subtle in how it wants players to consider it; after all, its iTunes description asks directly that if you close the app but are still thinking about the game, have you truly stopped playing? Since the game asks to be seen as a bridge between reality and fiction, it’s only natural to evaluate it partly on that goal, and I have to say that the bridge is on the rickety side because the game is quite short and values puzzles over narrative too much.

While I appreciated the story’s social implications (I won’t spoil anything) and feel that it’s important for games to broach such topics, I felt that the game itself didn’t manage to draw me in enough to make me care about Laura because by the time I was able to visualize this person’s life and plight, the game was over. 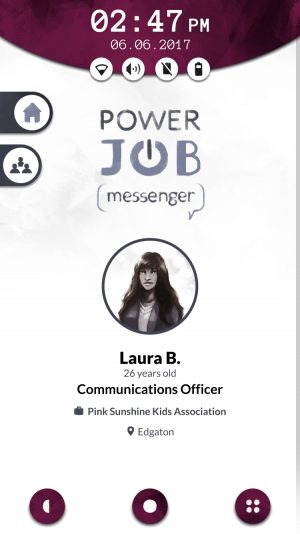 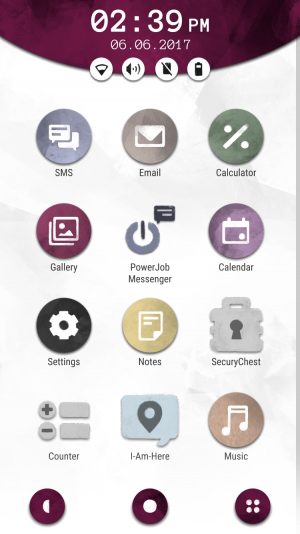 The premise of Another Lost Phone is that you, the player, find an abandoned phone, and you try to figure out who its owner is and why they abandoned it by exploring its content. As you would expect, the phone contains text messages, photos, emails, contacts, and pretty much everything else you would expect to find on the phones of most people you know. Part of the phone’s content isn’t accessible to you straight away, and you have to solve various puzzles to discover passwords and other clues that will allow you to fully explore the phone and solve the mystery about its owner, Laura.

While the phone includes the kind of content you would expect, it also unfortunately come with a burdensome UI that makes navigating the phone confusing and, very often, counter-intuitive. The way you move through the different apps can be frustrating, and it hindered my efforts to grab clues from one app and use it in another. I had to do a lot of searching and memorizing, and that interfered with my efforts to focus on the unfolding narrative and, as a consequence, to empathize with Laura and her plight. 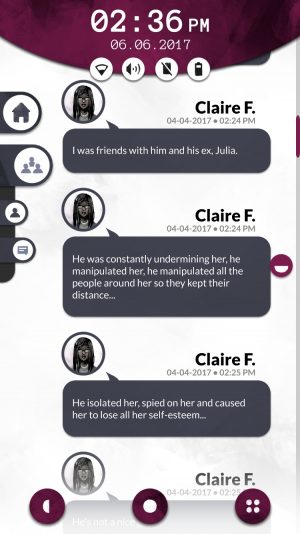 And the puzzles rely mostly on legwork over intuition, as I found myself often going from the email app to the calendar app to the SMS app, following digital breadcrumbs that weren’t challenging to follow but were also not the most interesting and, most of the times, not that relevant for Laura’s current situation. I wasn’t really challenged by Another Lost Phone (which is perfectly fine in a game like this one), but I did have to go back and forth between apps a lot, and when you add the tricky UI to the mix, you can understand why I had a hard time focusing on the narrative.

The game’s strength is, of course, its narrative and its attempt to give players a window into the social repercussions of an untamed digital world that can easily become a tool to be used against many. Again, it’s tricky to talk about the narrative without giving away the whole story behind Laura’s phone, but let’s just say it’s a story you’ve definitely heard before if you’ve been reading any news over the last couple of years. And that sad part is that you’ve probably heard it repeatedly. I saw the story’s “twist" coming quite early in the game, but that’s not the game’s weakness; it’s rather a testament to how events like the one in Another Lost Phone have unfortunately become common.

Another Lost Phone does do a good job using emails and texts to show some of the realities of the connected world many of us aren’t usually aware of, and while the story didn’t stick with me as much as it could have, it did remind me of events and realities happening all around me daily and how I’ve been lucky enough not to have similar personal experiences. Not many games take on these kinds of stories, especially with the way the internet can react to such attempts, so Another Lost Phone is definitely important in that respect and worth playing for that reason alone.

I do believe, though, that Another Lost Phone could have been even more impactful if it had a less obtrusive phone UI—so I could focus more on following the narrative—and if its puzzles were less about jumping from app to app and more about having to engage with Laura’s story more in-depth. I don’t know how that version of the game would look, but I do think it would have made me think about Laura and her story even more. And the game’s brevity also worked against making me delve deeper into Laura’s life and character.

Still, Another Lost Phone is worth playing because it does broach the kinds of topics we don’t usually see in mobile games but we see and hear about every day. Some may disagree about the potential of mobile games as a tool for social awareness, but since these devices are usually implicated in all kinds of unpleasantness, I think it’s appropriate that they also be used as a way to remedy the issues they can often create.