This feels slightly off topic for the usual stuff we post around here at TouchArcade, but I’ve been so buried in finding AR Kit games that do anything remotely interesting with augmented reality that I totally disregarded the various non-game apps out there that (currently) are doing way cooler, and significantly more useful, things with AR. So far, they seem to be in three distinct categories: AR Kit tools, apps that let you see if things fit, and brand experiences. 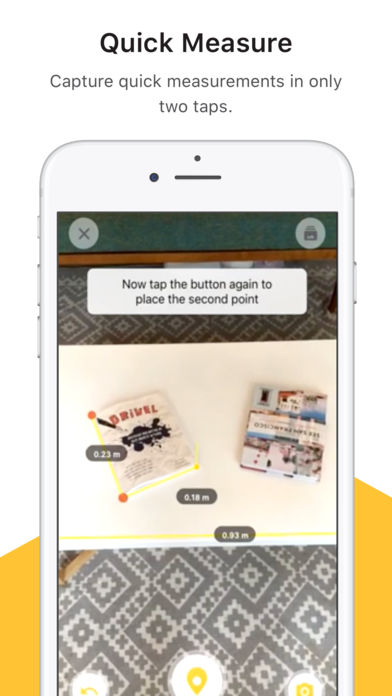 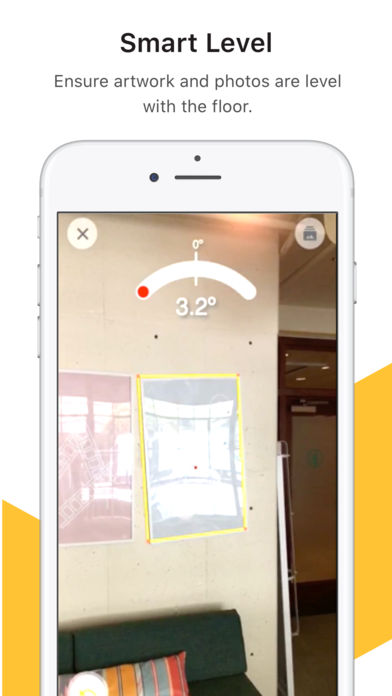 TapMeasure (Free) to me feels as “revolutionary" as the original flashlight apps did when the iPhone first got an LED flash. These kind of things got released, my initial impression was: “OK, that seems pretty simple." Then I found myself in a situation where it’s dark, and all I had was my phone, and those flashlight apps suddenly become the best thing ever. TapMeasure is the same.

I spent this weekend diddling around at my house building this rain barrel setup I’ve been working on, and I swear it doesn’t matter how many tape measures I own or how brightly colored they are I will always misplace one while working on something. (I can’t be the only one with this curse.) One thing that’s always in my pocket is my phone, and being able to load up TapMeasure and take quick measurements using nothing more than my camera straight up feels like magic. Some of the reviews mention the measurements aren’t super accurate, but for my rough cut uses they were perfect. I wouldn’t use TapMeasure to build cabinets, but to know you need to cut a piece of pipe that’s 35" long, it worked great.

TapMeasure has two other functions: It can tell you if art you have hanging on your wall is level, with surprising accuracy. You just mark off where your wall actually is, tap a poster or picture frame, and it works just like a level. Last, it can make a 3D map of your space by marking off corners, ceilings, and windows. This was neat to fiddle with, but seems to have questionable usefulness. The tape measure stuff though? That’s the new flashlight app for sure, and it wouldn’t surprise me if Apple eventually bakes it into iOS somehow. 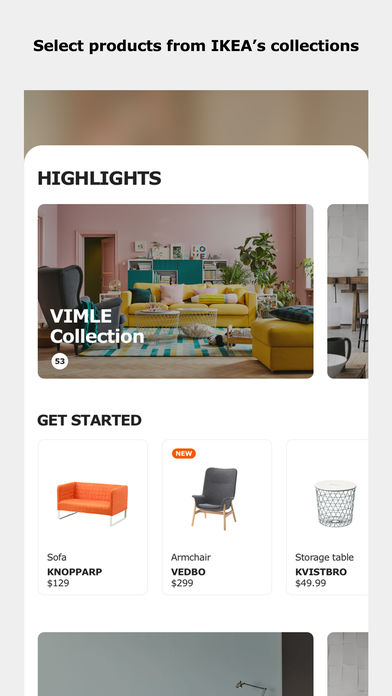 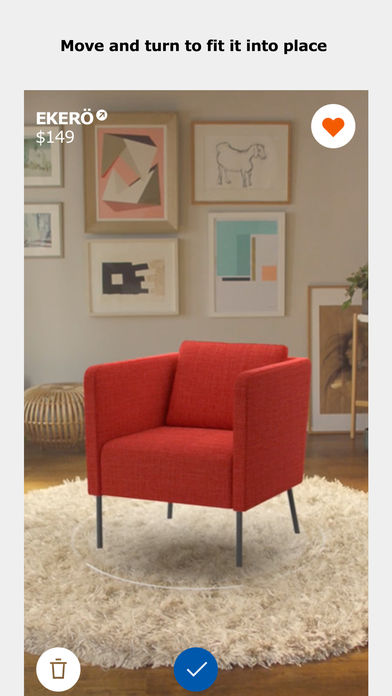 I’m a little bummed that I’m all settled into my house as Ikea Place (Free) would have been so stupidly useful when I just moved in that it annoys me that I didn’t have it. This also feels like magic. How man times have you measured your space, and went to buy furniture, and realize that while it technically fits it just isn’t right, or doesn’t really work with the area it’s in? My first apartment had a bedroom set that “fit," but when it was all put together it just… Wasn’t really what I had in mind.

Well, with the Ikea Place app you just fire it up, let your camera scan your room, then you can drop real deal virtual Ikea furniture anywhere in your house that you can then go buy from a Ikea store. It’s then super easy to be like, “Oh yeah, that chair works really well there," or “Wow, I’m glad we didn’t get a cabinet to put against this wall." It totally revolutionizes shopping for furniture and I really, really hope this sort of thing catches on. Now I just need some college dorm room or something I can use as a blank canvas and figure out everything I need from Ikea before I even leave. There’s a bunch of other apps that do similar things too, like this Edmunds app that lets you see if cars will fit in your garage. That seems way less useful, but, I still like where it’s headed. 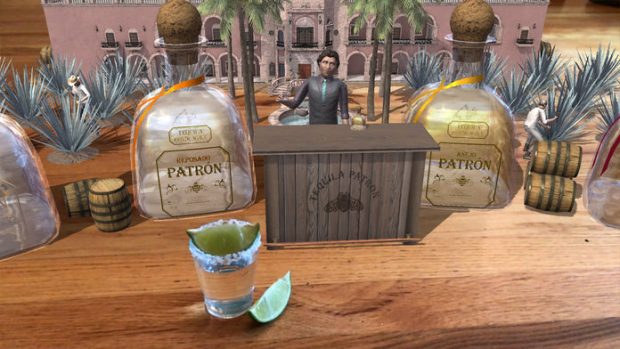 The third category of AR Kit things I’ve seen that are worth checking out is some of the “brand experiences," and the best one so far seems to be The Patron Experience (Free). I’m a huge fan of stopping at breweries and distilleries on any road trip (Even the Jelly Belly factory was pretty cool.) as it’s like watching an episode of How It’s Made in real life. Usually when you go on one of these tours, you get some of the company history, a tour of their product lineup, then get to see how it’s all made.

Using augmented reality, Patron is doing that same thing with their tequila, but it all takes place on your coffee table. I feel like if you’ve been around the App Store long enough, you’ve seen all sorts of things brands have done with apps. The Patron Experience explores an interesting concept of an … almost museum-y sort of way in augmented reality. While I suppose it’s a bit of an odd logical path to take, fiddling the the Patron app really made me wonder what kind of educational uses this technology can have, particularly if you combine this sort of thing with the real-world scale of Ikea Places. 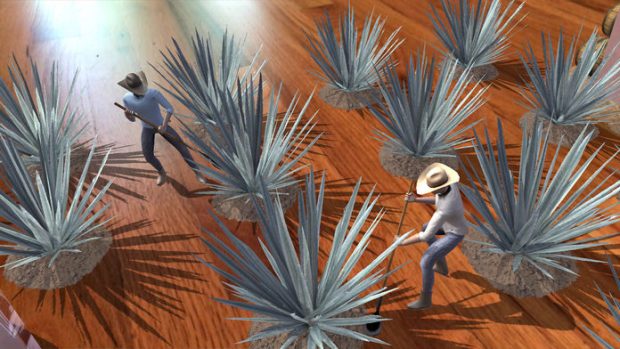 For instance, being able to see how large a dinosaur actually was next to a school bus through your phone does such a better job of illustrating the scale than just looking at a drawing in a book. It seems like there’s tons of really cool possibilities there, and feels inevitable that this is going to catch on in the educational sector.

Anyway, if like me you were just surfing the AR Kit gaming corners of the App Store and not super impressed with what you’ve found, be sure to explore the other things AR Kit has to offer. Much like virtual reality, it seems really silly that Apple chose to focus on games as the “killer app" of the technology when demonstrating it. Measuring things using my phone, or even just seeing how agave cactuses are harvested, is way more useful than having robots fighting on your coffee table, played while awkwardly holding your phone in view. I’m sure there will be some cooler game AR experiences sooner or later, but so far, apps seem to be killing it in the augmented reality space.

If you’ve seen any particularly useful or impressive AR Kit apps, let us know in the comments. I’m always anxious to try other things out.