Whenever I even contemplate writing about a new zombie video game, I can feel the indifference from gamers around the globe reverberating around me. It might not be the most overused gaming cliche of all time, but it certainly feels like the most tired one, and I think we’re all in agreement in hoping that the mainstream appeal of the undead will not rise from the grave anytime soon. That said, after such a negative introduction, I’m actually quite excited for the upcoming Gloomy Z from Agaporni Games, for a variety of reasons. Details like dragons and clever varied shooting gameplay are certainly important, but it’s the striking visual style of Gloomy Z that got me past the zombie game stumbling block this time around. With the enemies and barricades featuring as nefarious black silhouettes in front of beautiful crimson-red skies, Gloomy Z creates a really neat aesthetic style, and is definitely one to watch in the lead up to its Winter 2017 release. 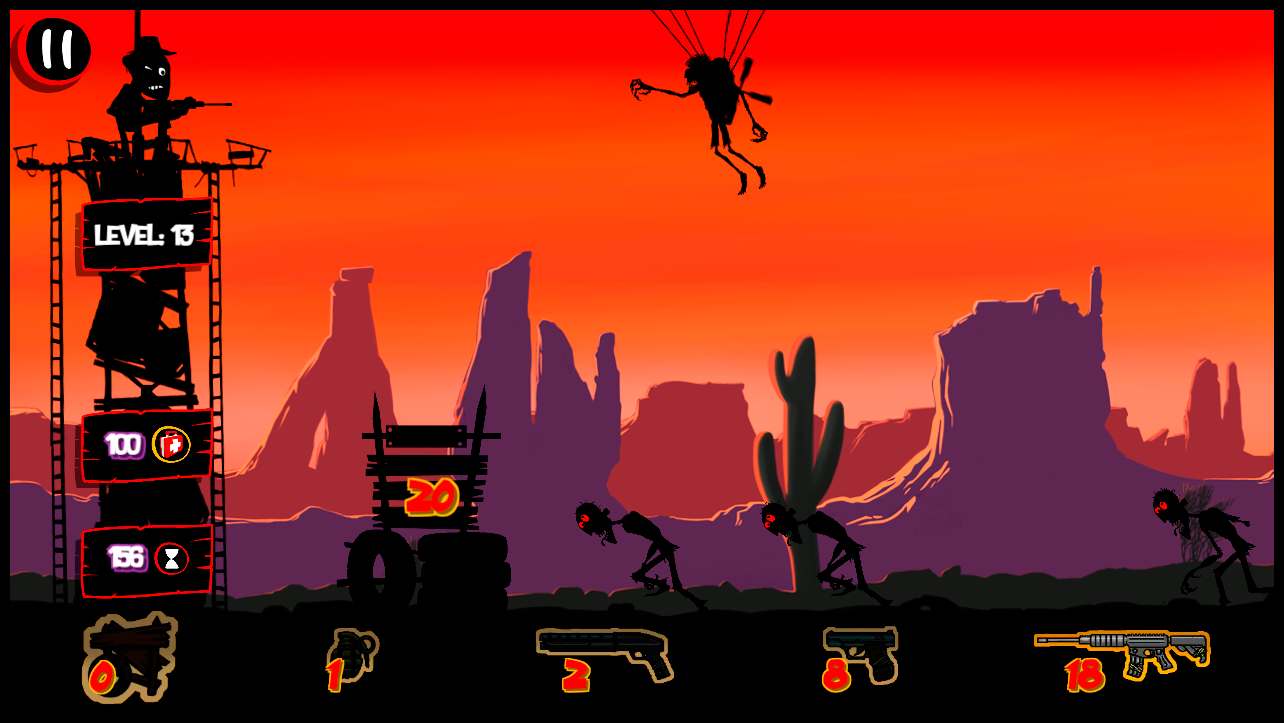 I think the developers are underselling Gloomy Z’s qualities by describing its graphical assets as ‘funny cartoon silhouettes’ – the screenshot above, and especially its eyeless skydiving enemy in front of the vivid Western sunset, definitely captures something special. It’s not all gloomy graphics, however, as Gloomy Z’s use of small, medium and long-range weapons to defeat a wide variety of enemies should give it a tactical edge to its relatively basic tap-to-shoot mechanic. If the developers can enrich the depth, variation and role-playing elements of Gloomy Z further before its Winter 2017 release, it could become the greatest gaming paradox of a zombie shooter/tower defense game that actually feels fresh. For more information on Gloomy Z in the build-up to its launch, head down to our forum thread.