Konami has certainly scaled back on their gaming projects in the last few years, and their booth size and location reflects that to an extent. Still, they had some of their heavy-hitting brands on display at Tokyo Game Show, including Metal Gear Survive, Zone of the Enders VR, and others. The most popular game by far, however, was their upcoming mobile release LovePlus Every. The line-up to try the game out in its “Mobile VR Experience" form was quite lengthy for almost the entire day. 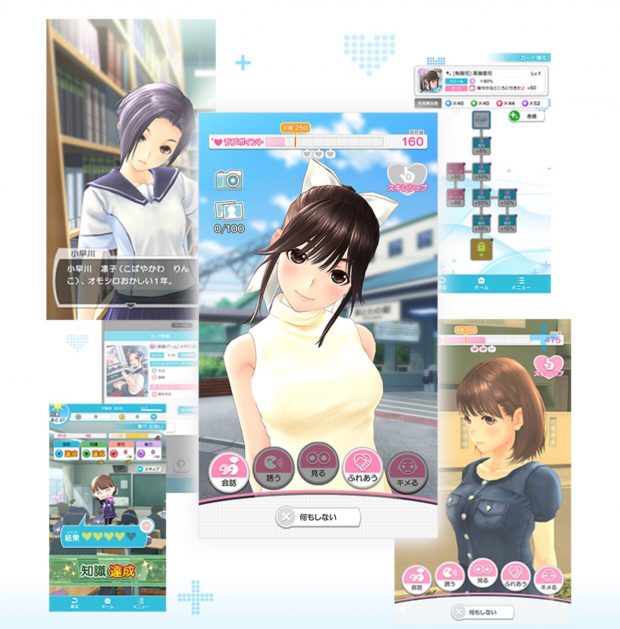 LovePlus is a series of dating simulations that got its start on the Nintendo DS back in 2009. The game was a massive hit, and though it’s probably best known outside of Japan for weird stories of a guy “marrying" his DS girlfriend, it’s not that strange in the context of its genre. LovePlus tends to focus on a smaller group of partners than many other dating simulations, and it goes to great efforts to try to make a connection between the player and their chosen partner. Although the series has seen several games across Nintendo DS, Nintendo 3DS, and even a prior appearance on iOS, it has never been localized for overseas audiences. I doubt anything will change with LovePlus Every, but who knows.

LovePlus Every brings back Rinko, Nene, and Manaka from the previous games. It looks like a pretty typical entry in the series apart from the addition of a VR mode that you can play with using your favorite mobile VR accessory. The game will release in Japan this winter and if its Tokyo Game Show appearance is any sign, Konami’s probably going to have a big success on their hands here. The odds of that leading to a release outside of Japan are pretty slim, I would say, but with the West becoming more welcoming of visual novels and other similar games, perhaps Konami will take a chance on it.