Miniclip’s War Wings (Free) has been out on the App Store for a couple weeks now and I’ve had a chance to play it for a bit. There have been two really challenging things for me while I’ve played War Wings, those two things are Combat and Research. Those can be very confusing for the casual pilot. Other games like World of Tanks: Blitz (Free) use the whole ‘Research and Combat’ method that I’m a pretty big fan of. Though, that method does take a lot of learning about the vehicles and lots of time playing the game.

Before you go and start researching the next plane to buy, learn the plane you first start out with. Controlling the T1 Hawk II can be very difficult for someone that hasn’t played a game like this before. Upgrade your first plane and spec it out as much as you possibly can and get used to the way it maneuvers. I don’t recommend buying any of the extra things for your first plane like paint, gun sights, and health kits. As long as you avoid gun shots from other players by swiping left, right, up, or down you should last in the air for a good while. I’ll touch on combat a little more in a bit. For paint and gun sights you would be better off not buying them unless you are just dying to buy them. Upgrade your plane to a point where you think you can easily beat other players that have the same plane as you. While you’re learning your plane, try to save up as much silver and gold coins as possible. I’ll talk about why you should save up on those currencies soon. 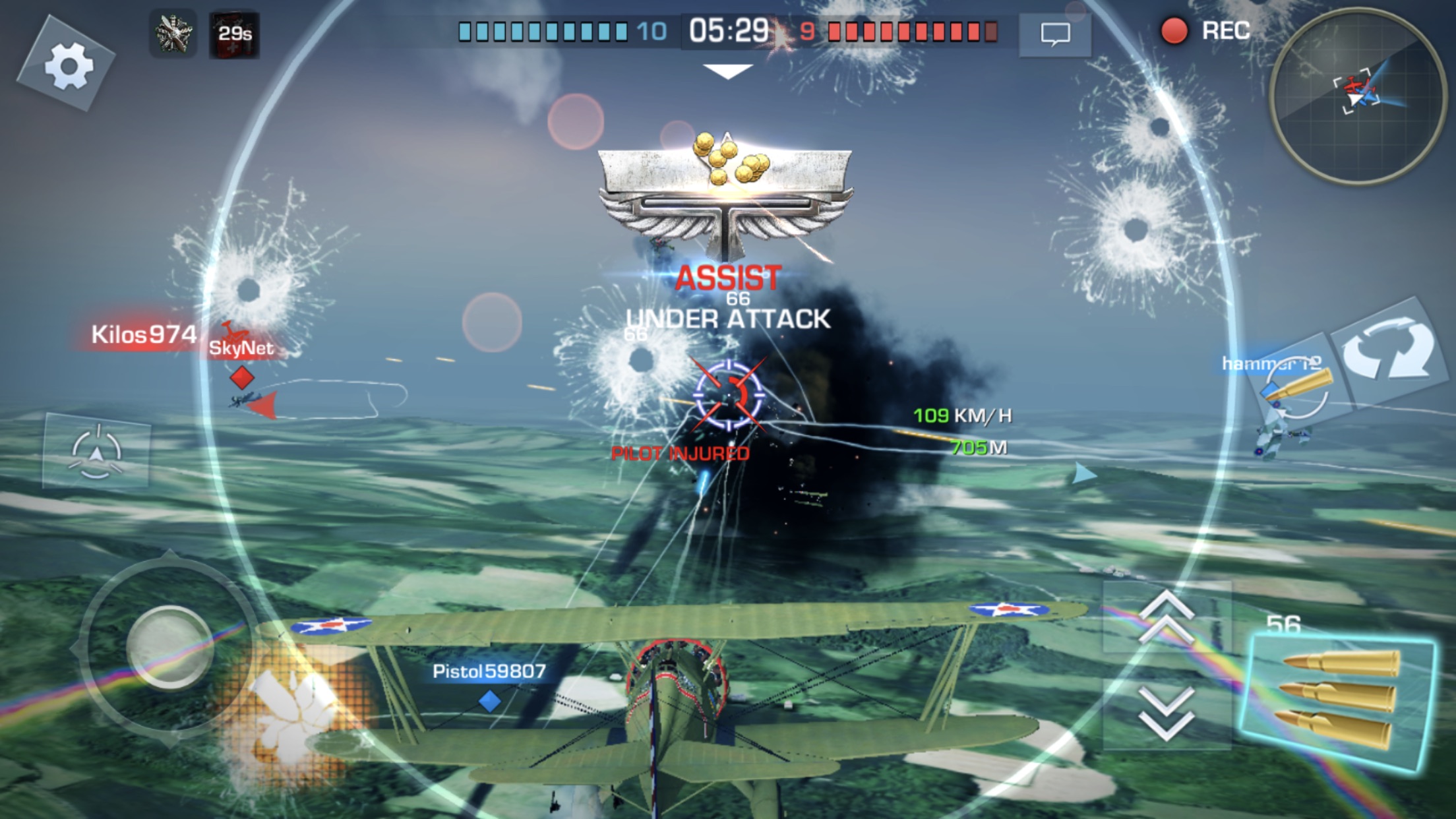 Avoid, Avoid, and Avoid Those Planes

While you’re in combat and either fighting for the first or hundredth time there’s some things you should know before you make some of the wrong moves. The first thing you should know is to avoid mass numbers of planes in one area. If there are four enemy planes and just your plane get out of there and find a way to sneak up behind the enemy planes. Secondly, if you’re getting shot at, swipe and boost your way out of the fire zone as quickly as possible. I would recommend flying as high as you possibly can and fly down towards the back of the enemies and they’ll never see you coming. Thirdly, stick with as many of your teammates as you can. The more players you’re around, the lower chance you’ll get shot at. Though, this could cause a lot of confusion for both sides and can easily make it where you and the rest of your team get separated. Just try to stick with your team and use the in-game commands to your advantage as much as possible.

There were so many times where I’ve lost my target and I have to make a 180 degree turn around just to locate my target. That’s not even counting having to relocate the fire zone to shoot the enemy plane down. After all of that, I’ve forgotten that there’s an auto target button that you can use. I have found myself crashing into the land below because the target is too far gone before I even pressed the button. I highly recommend using the feature if you really feel safe and you’re high enough above the land to auto turn and locate the enemy. Don’t rely on this being the way you shoot down enemy planes because there are many times where other planes were able to avoid my shots and sneak right up behind me and blow my plane out of the sky. 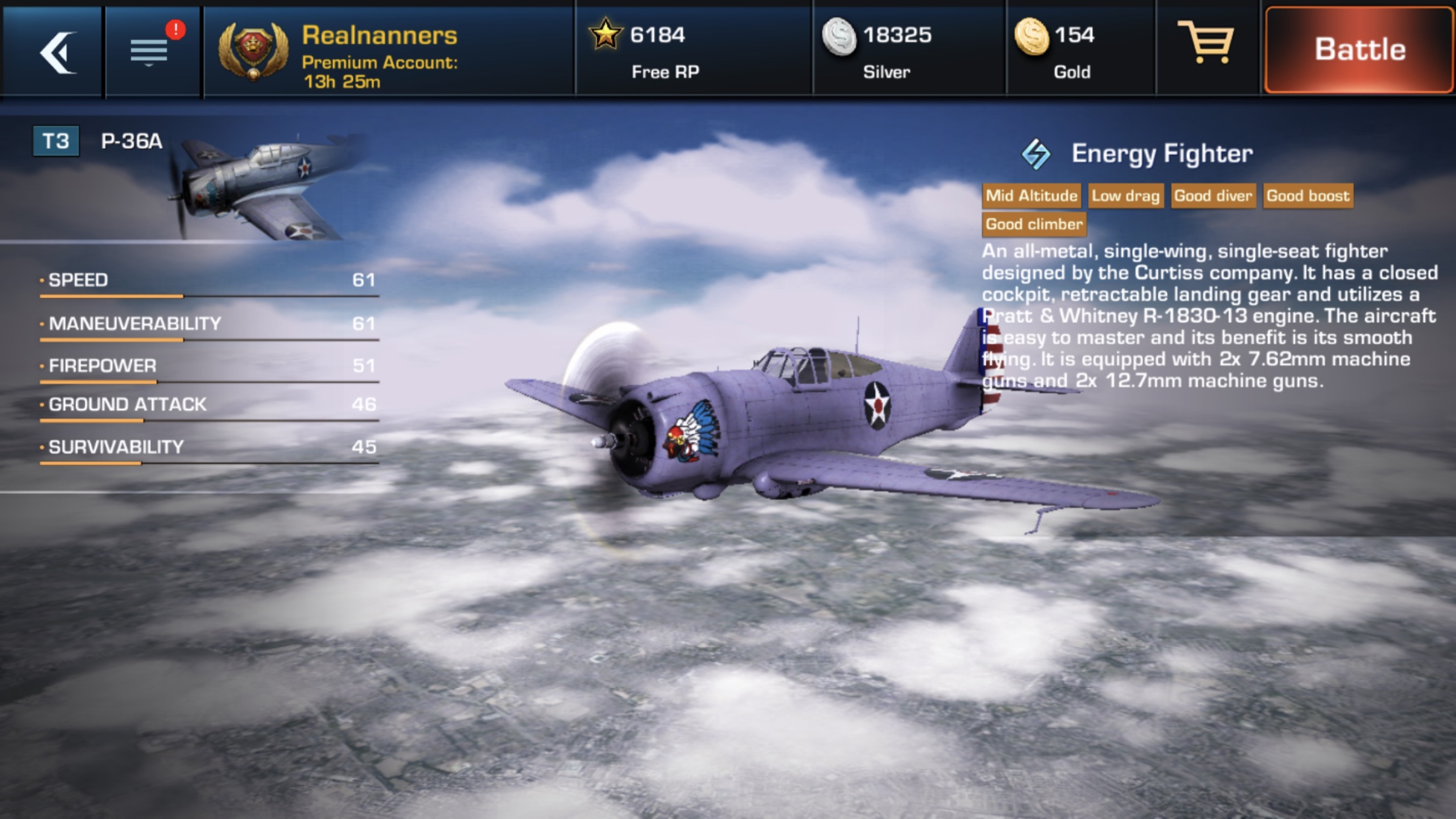 Discover The Right Plane for You

Researching the perfect plane for you can be very confusing and you may not be fully sure which plane you should pick. I’ve found many players just researching as many planes as they can just picking one that looks the best. That’s not the best way to research planes though. I’ve found a nice way to find the perfect plane for you. Like I said at the beginning of this guide ‘learning your plane’ is still very much a key to this game. Are you better with faster, more powerful, or even planes that can survive multiple shots? Well, then there’s a plane out there for each and every class. While there isn’t a massive tree of planes just yet, there is a good amount of planes and there’s actually a pretty good way to find the perfect plane for you.

That simple way is by upgrading to the desired plane you want. Look through all of the planes and find the skills that match your needs as much as possible. Is your best skill speed? Then look through the planes to see which one has the skill that fits you best. Afterwards, start researching planes until you get to that desired plane. That’s the simple way. The more advanced way is researching planes and just upgrading the planes to a point to where they match your wants. Though, this method takes a lot more time and isn’t the best way to discover the right plane for you.

Once You’ve Found the Perfect Plane

Did you find the perfect plane that matched most/all of your wants? Then I recommend upgrading that plane as much as you possibly can and wreck all the players who play on the same playing field as you. I would also try to test out some other planes on the research table to see if you can get used to playing with some other planes as well and build up a nice collection of planes. Besides building up a nice collection and fighting quick matches or the ‘league’, try to join in as many events as you can. I highly recommend playing the RP events before events like the ‘Ace Pilot League’ event.

War Wings is a game of practice and learning as you may be able to tell. If you’ve never played a game like it before this is a good game to start with. Just know that games like this one do take some time and learning but once you’ve got the idea and flow of the game you should be pretty well off. Hopefully, this guide gives you a better insight to the game and leave you victorious in your battles.