Destiny 2, Bungie’s promising sequel to the quite successful Destiny, is releasing on consoles September 6th, so Bungie is about to update the official Destiny Companion (Free) app with many new bells and whistles. The new app will allow you to keep up with all the news and updates and track upcoming events and activities to ensure you don’t miss on any good loot. You’ll also be able to create or join a Clan (a pretty necessary part of getting the most out of the game), communicate with your teammates through Clan text chat, and track your Clan’s progression and shared rewards. Destiny 2 really emphasizes playing with others, so the ability to communicate with friends and teammates is pretty essential. 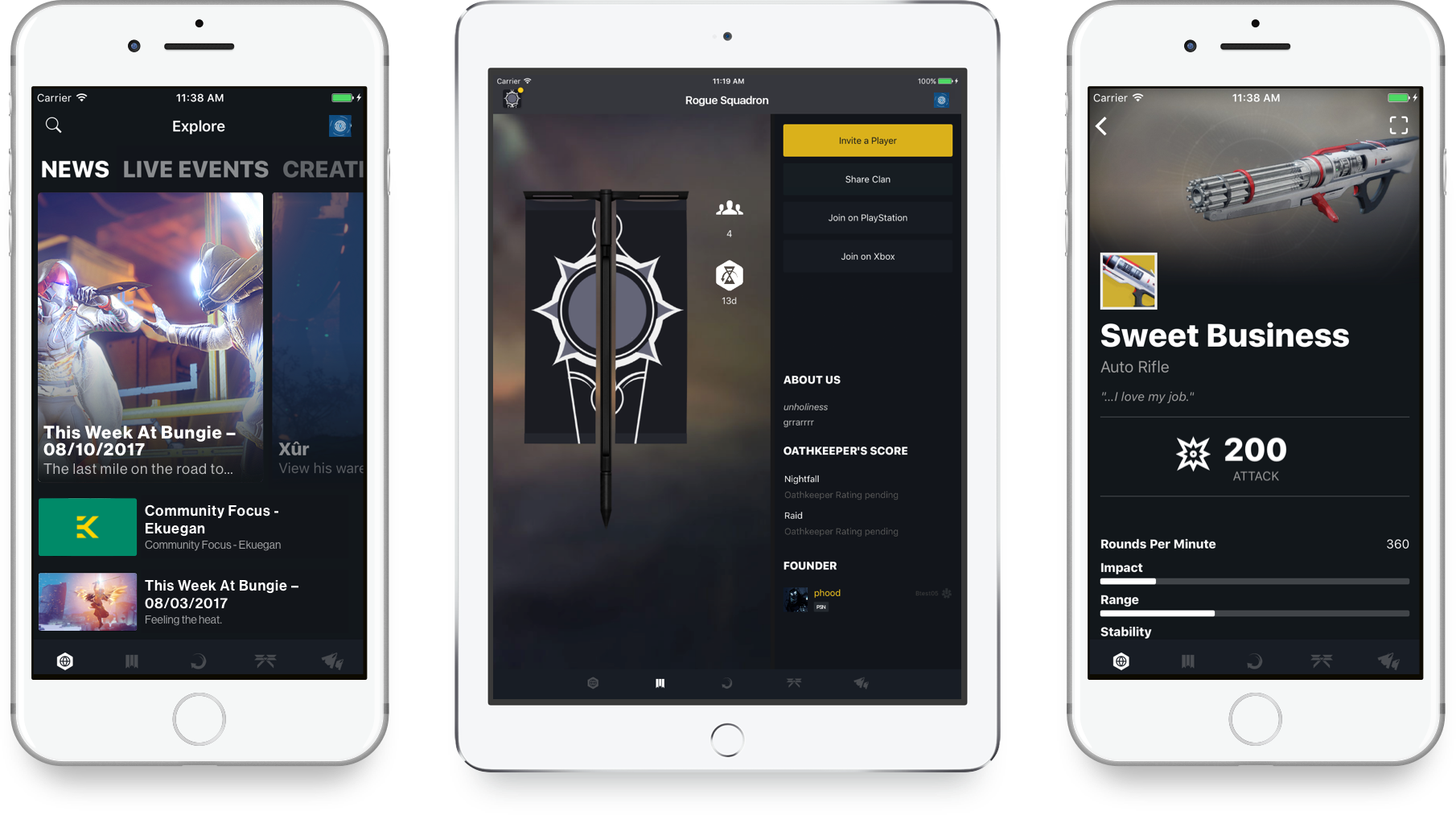 In addition to these new features, the app will also bring back features from the original Companion app. You’ll be able to inspect your weapons and armors, equip items, find players ready to join your Fireteam, and much more. If you’re planning on grabbing Destiny 2, then it’s pretty essential that you also grab the companion app. On August 23rd the existing app will be updated to the new version, but the services won’t be online until after the game launches September 6th.