Taito is one of the most historically significant companies in gaming history, and that is almost entirely due to Space Invaders. The 1978 pioneer of shoot-em-ups kicked off a genuine worldwide craze, and Taito watched their coffers fill with cash hand over fist. Plenty of great games followed, but none would have the impact or financial success of Space Invaders. Taito helped create the arcade scene with that game’s focus on achieving high scores. Sadly, the company never quite got the swing of making home games, and their relevance diminished right alongside the arcades they helped to build in the first place. They weren’t even able to hold onto their crown in the shoot-em-up genre for very long, but to their credit, they kept right on swinging anyway. 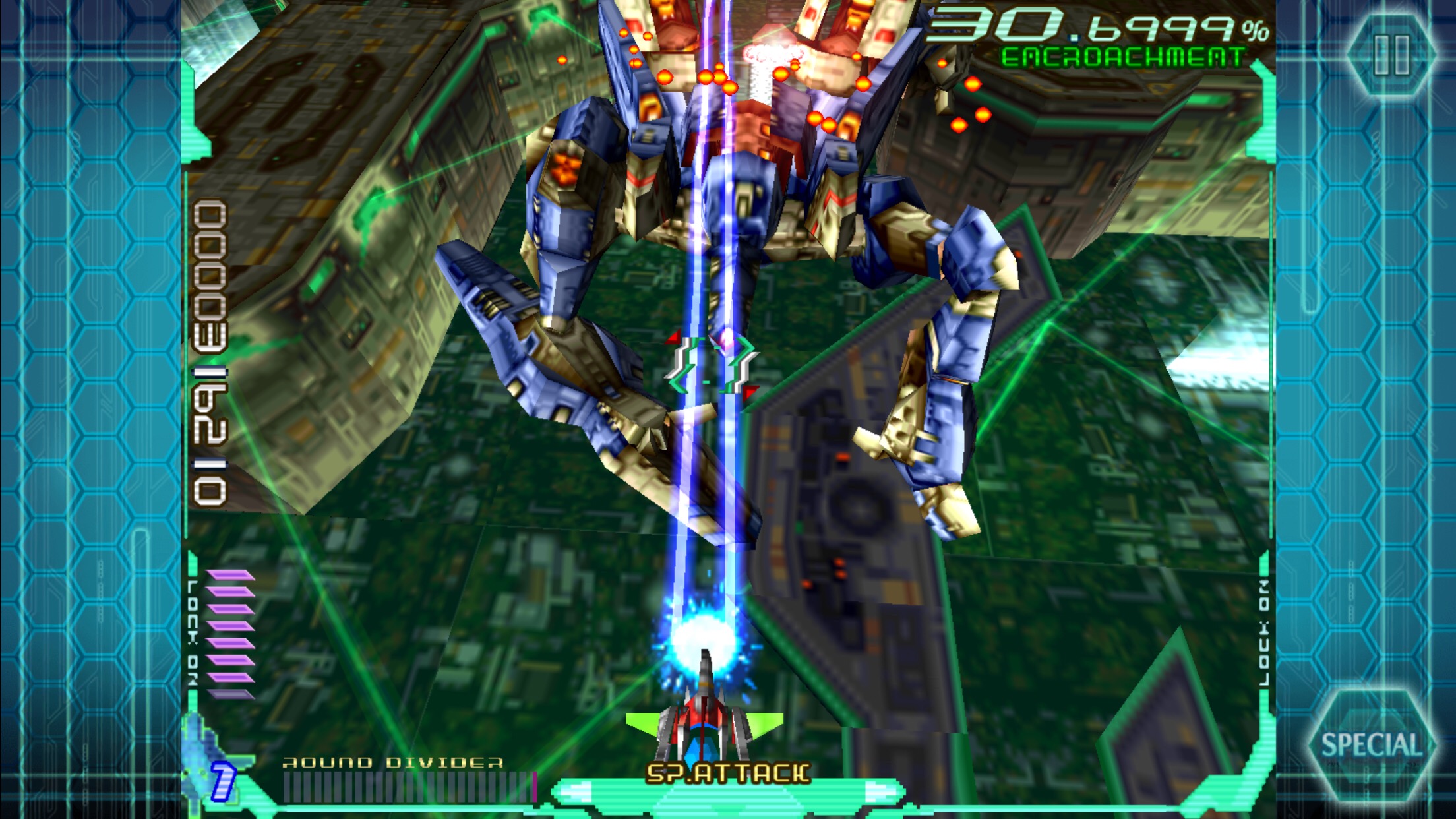 RayCrisis ($11.99), the final installment in their Ray series of shooters, was one of their last arcade hurrahs. Released in 1998, it serves as a prequel to the stories of the first two games. You play as a hacker who makes a last ditch effort to get into the systems of a rogue AI and shut it down before it can cause even more damage than it already has. Your hacking takes the form of a space fighter, of course, and the AI’s antibodies look very much like the sorts of aliens you blast at in a lot of other games of this sort. Well, it was the late 90s. We were all very concerned with jacking into cyberspace and all that stuff. The stages reflect the AI’s present state of consciousness, but they too take on familiar forms: a jaunt through a desert, a wild ride through a city at night, and so on.

Time has seen RayCrisis lumped into the big ball of polygonal shoot-em-ups released in its era, so it’s easy to forget that this game was a bit controversial with shoot-em-up fans at the time. That’s owing to two odd decisions the developers made, most likely in an effort to breath some fresh air into the genre’s stale lungs. First, the structure of the game is different from most other shooters. You won’t be playing through every stage in a fixed order on any given playthrough. Instead, the same beginning and ending stages bookend a random selection of three out of the remaining five stages. The order isn’t fixed, but the levels are designed with modular difficulty in mind, so no matter how they’re served to you, the difficulty curve remains intact. 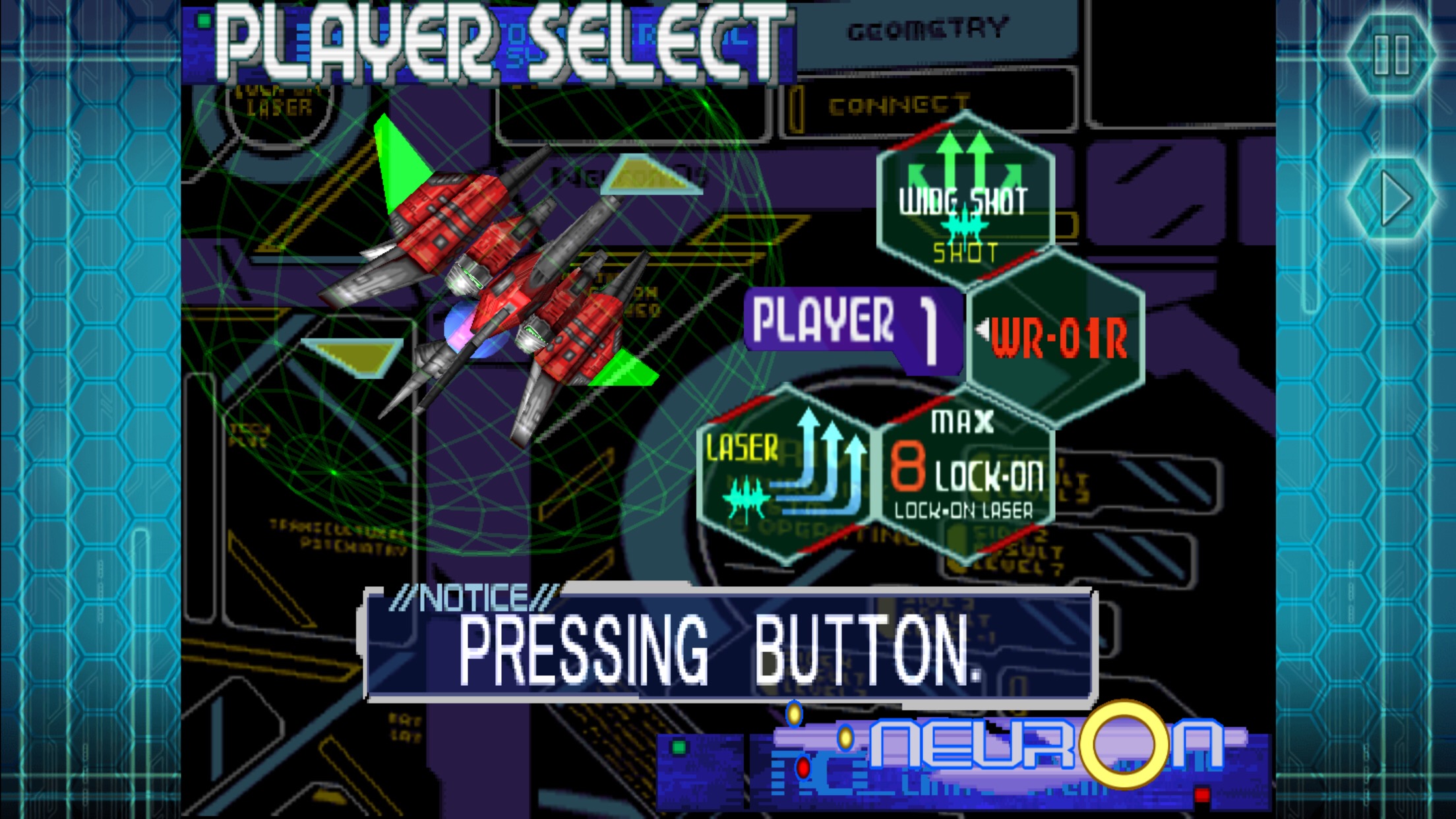 The second odd decision is the Encroachment mechanic. A prominent meter displays a percentage in the corner of the screen. That percentage continually goes up as you play, while destroying enemies knocks it down a little. If it reaches 100%, you’ll be whisked off to the final boss and given a bad ending. Even if it doesn’t, if you haven’t knocked it down to 20% or less by the end of the game, you’ll still get a bad ending. It’s extremely difficult to hit that target, so only the most skilled and experienced players will get to battle the real final boss and the good ending that comes with it. The iOS version of the game lets you pick stages if you want, but you’ll still have to work hard and do things the right way if you want to see the proper conclusion to the game.

If I’m to be completely honest with you all, I’m not a huge fan of the Ray series. I think the first game is decent but flawed, with a lot of cheap deaths and fairly vanilla mechanics. The move to polygons with the second game gave the series a distinguishing trait that it sorely needed, but the added cinematic flair introduced quite a few issues to the gameplay. Notably, the wandering camera and busy visuals can make it hard to gauge where shots are going and even where some enemies are hiding. That problem is magnified in RayCrisis by virtue of its demands that you destroy almost every target with great haste. You can’t afford to miss too many enemies, so you need to keep a sharp eye open at all times. 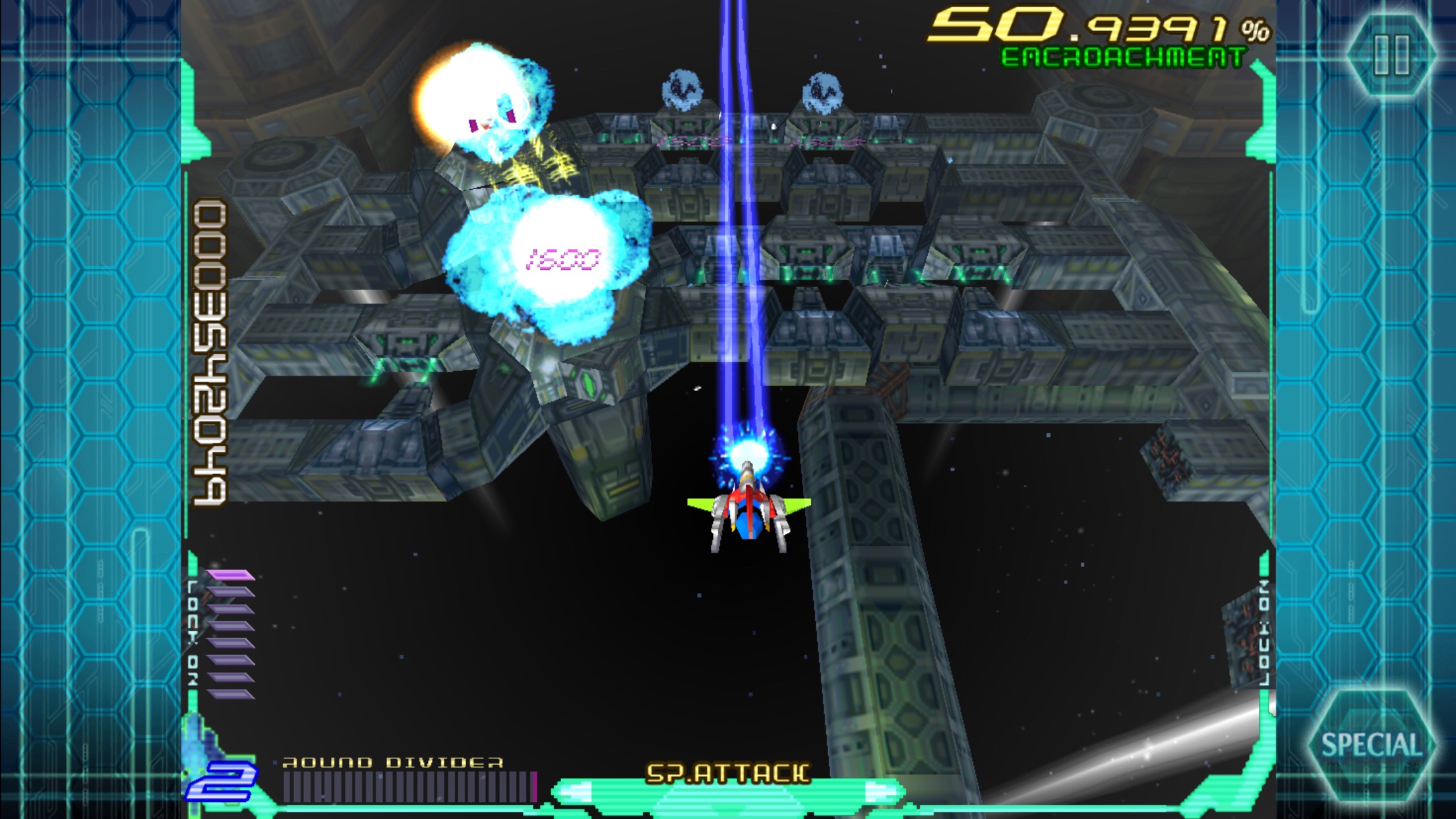 That’s easier than ever on the iOS version thanks to the clean high-resolution graphics. It’s essentially just rendering the arcade version with a higher resolution, but it looks really sharp in spite of the somewhat simple geometry at play. Just on the strength of the visual upgrade alone, I’m tempted to call this the best version of the game. I only wish it included all of the extras that were in the PlayStation port so that I could go all in on that statement. What we do get is a new remix mode that makes the game a little easier. The port also allows you to use an MFi controller to play, but the touch controls work well enough to make that a nice bonus rather than a necessity. It’s a great port of the arcade version, but not much more than that.

I suppose the problem for me is that RayCrisis is a short, mean-spirited, dull shoot-em-up. I won’t say it’s Taito’s worst, but it falls pretty low on the list. The PlayStation version had a lot of extras, and for good reason. The people in charge of that home version were likely aware that the arcade game didn’t satisfy some of the players, so they included additional playable ships and a special mode that lengthened the game in reply. The only benefits to the arcade version versus the PlayStation version were its slightly better graphics and its co-op multiplayer. Well, we got the graphics and then some, but this is strictly a single-player affair. Outside of the presentation, we kind of got stuck with the worst of both worlds. The all-too-brief, bland stylings of the arcade version, and the missing co-op from the home version. Not even a new music track from Zuntata is enough to make up for that.

The natural human desire to see sets completed meant iOS gamers waited five long years to see the Ray series come to a close on the platform. Only now in the end do I realize the sheer absurdity of waiting five years for RayCrisis, of all games. You could probably do worse than RayCrisis when looking for an iOS shooter. Taito on their worst day is still better than most, after all. Be aware, however, that this is a very short game that will only give up its last bit of content to those who punish themselves to the game’s satisfaction. I suspect most players will likely just die their way through the game’s credits in 20 minutes using endless continues and the hearty smart bomb attack, and never look back.