Take command of an expedition to the distant Hades galaxy in space-based MMO Hades’ Star (Free). A futuristic gold rush kicked off when scouts returned with word that the newly discovered galaxy was full of profitable planets to colonize, asteroids to mine, and money to be made and you’re right there with the pack.

You start out with a couple sectors of space and a handful of colonies scattered over several planets and moons. This is but a seed of the great galactic empire to come. You’ll build transport vessels to ship goods— diamonds, ore, alloys, silicon, and more— from one colony to another. This earns you credits, the life blood of your empire, and opens a great many avenues for advancement.

You can scan nearby sectors of space, opening them up for colonization, and start expanding your way across the solar system. You can invest in your military and create battleships, which you’ll surely need. There’s no player-versus-player in Hades’ Star yet, but there is the dreaded Cerberus, an alien race none too pleased to find humanity in its midst. Cerberus forces will attack anything that strays into a sector it controls. 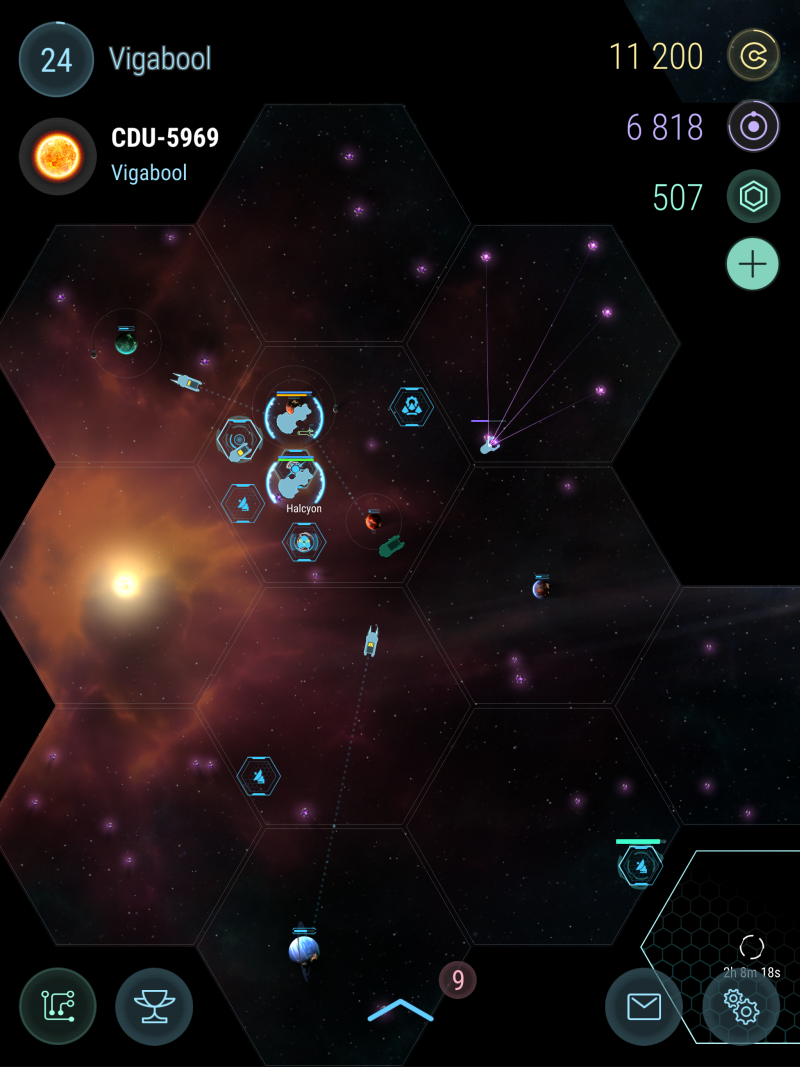 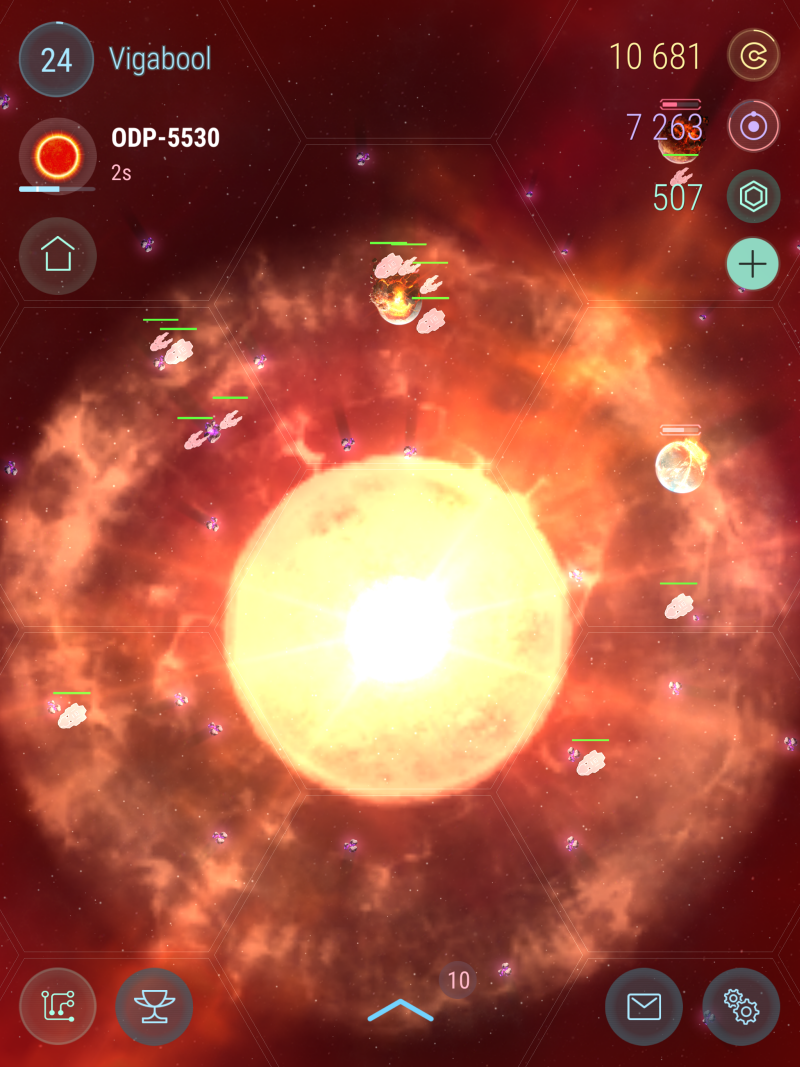 Credits aren’t the only cost to running your empire and you’ll need a steady supply of fuel for your fleet. Your ships run on hydrogen which is harvested by miner ships from asteroids throughout your system. A critical consideration in Hades’ Star is the balance between economic and military activities and your supply of hydrogen. Asteroids respawn relatively quickly and you’re likely to find new fields to harvest as you expand into new sectors, which helps keep up with consumption.

When ready to flex your military might you can go on expeditions to red-star system. Red stars are dangerous and unstable and liable to go nova at any minute. Well, in exactly 15 minutes to be exact. That’s how long you have to jump in through a wormhole, take down the resident Cerberus forces, and get to the real prize: ancient artifacts left behind by a super advanced alien race. Once you recover and research these artifacts you gain XP, credits, hydrogen, and discover blueprints for new tech that can be used to upgrade the technology of your fleets. These upgrades are significant—we’re talking better weapons, shields, and other capabilities for your battleships and modules that improve the capacity and efficiency of your transports and miners. If you’re still in a red star when time runs out, well, it goes boom and takes your ships with it. 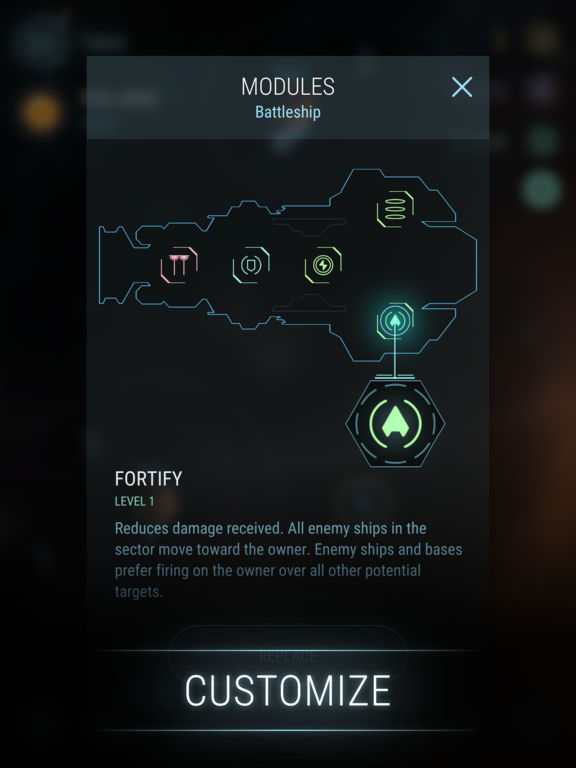 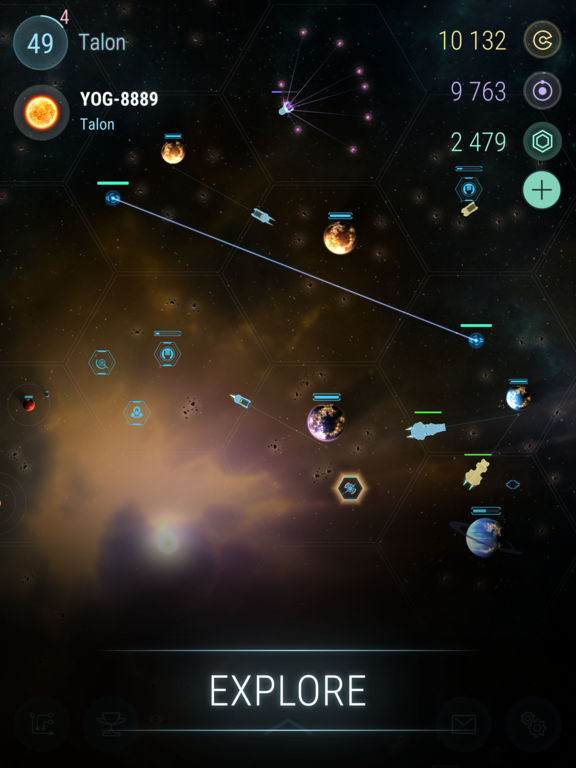 You can cooperate with other players to take down a red-star system. This cooperation is all but required when you get to higher level red-star systems infested with powerful Cerberus defenders. Players can team up in guilds, known as Corporations, to coordinate raids and share advice about the game. There’s a lot of future potential for cooperative and team-based play and I hope to see ideas like trade wars, hostile takeovers, and corporate warfare show up down the road.

Hades’ Star is free to play and works well that way. Building a galactic empire takes time, though, and this isn’t a game you can sit down and play for hours at a time. It is, however, a great one for those who like to check in a few times throughout the day to issue orders and go on a red-star run or two. There are IAPs to buy crystals which can be used to speed up the building of infrastructure and other activities, or can be converted to credits or hydrogen, which would certainly speed up your progress. They are by no means necessary, though.

If you’re looking for a game in which to explore space, expand your territory, and improve your economic and military power then Hades’ Star is for you. The game is easy to play and works great on a phone, but looks and plays even better on a tablet. Take a look, and be sure to hit up our forum page to chat with other players about the game.