A few weeks back, we wrote about Phoenix II (Free) celebrating its first anniversary with a big update, and that update is now live. The update brings some tech improvements for those with newer devices. The game can now run at 120FPS, which makes the game feel more responsive because of the decreased latency. And there’s support for Wide Color on iPhone 7 and iPad Pros, which makes the colors pop out more. In addition to the tech improvements, the update brings a lot of gameplay improvements. All ships have ultimate abilities with a little twist (for instance upgrading your shield might also make bullets bounce back and hit your enemies). 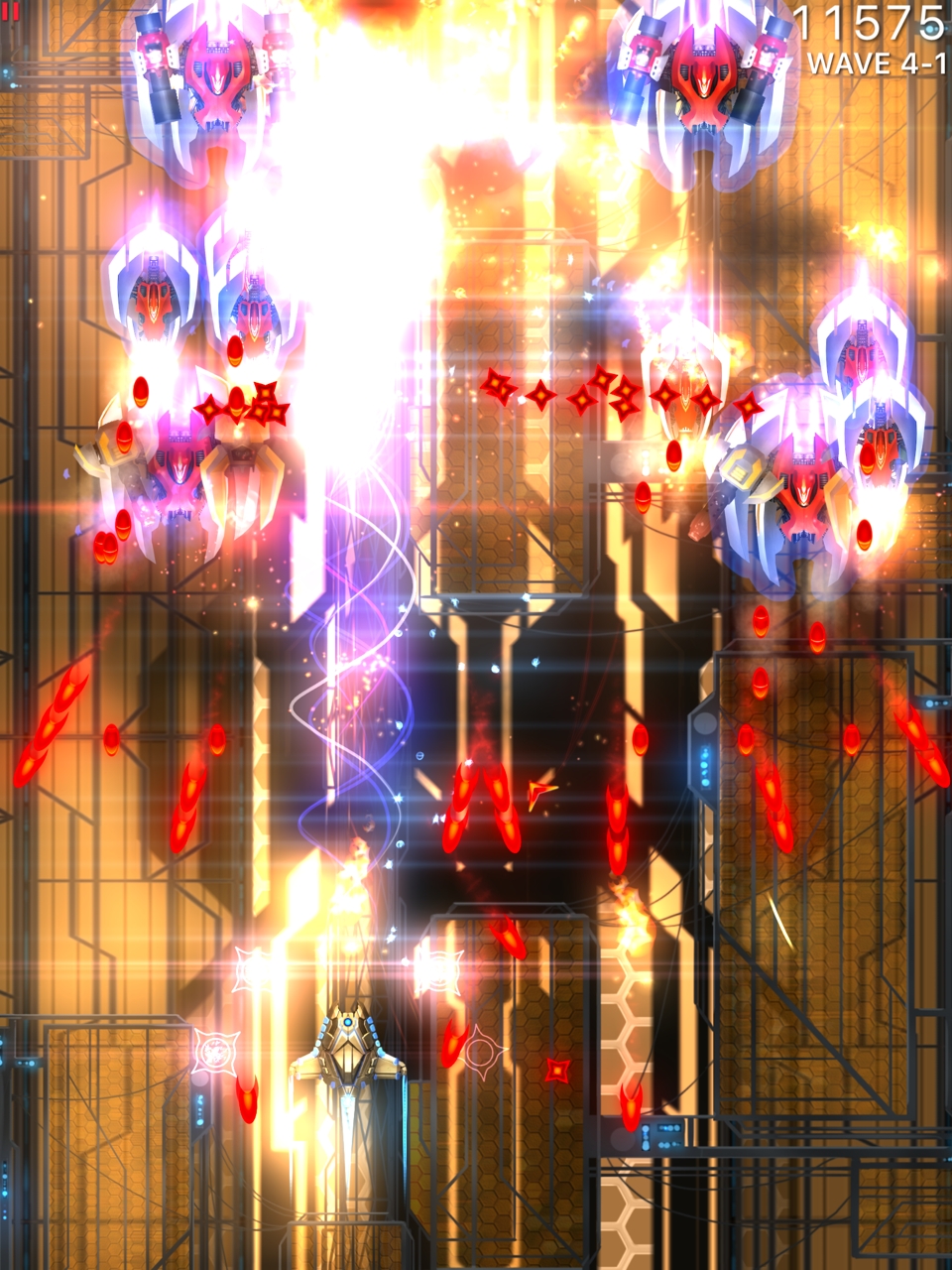 The update also improved the interface to display more data about ships and their abilities, added 3 more ships, and much more. And there are also some balance changes, with some weapons seeing nerfs and buffs. The update is live now, so go check it out.