In January of last year, developer Veewo Games tickled two of my biggest fancies—cats and platforming games–when they released their excellent “catformer" Super Phantom Cat ($1.99). The game had an amazing color palette, tons of unique playable characters, and some really satisfying platforming gameplay, and we loved Super Phantom Cat in our review. Surprisingly, not due to the quality of the game but due to the fickle nature of the App Store, Super Phantom Cat went on to be extremely popular and has received tons of new levels and characters in post-release updates since it came out. A few updates back Veewo snuck in a screen all the way to the right of where you select which world to play that teased a sequel and offered up a chance to pre-register to hear when it’s ready. Here’s what that looked like. 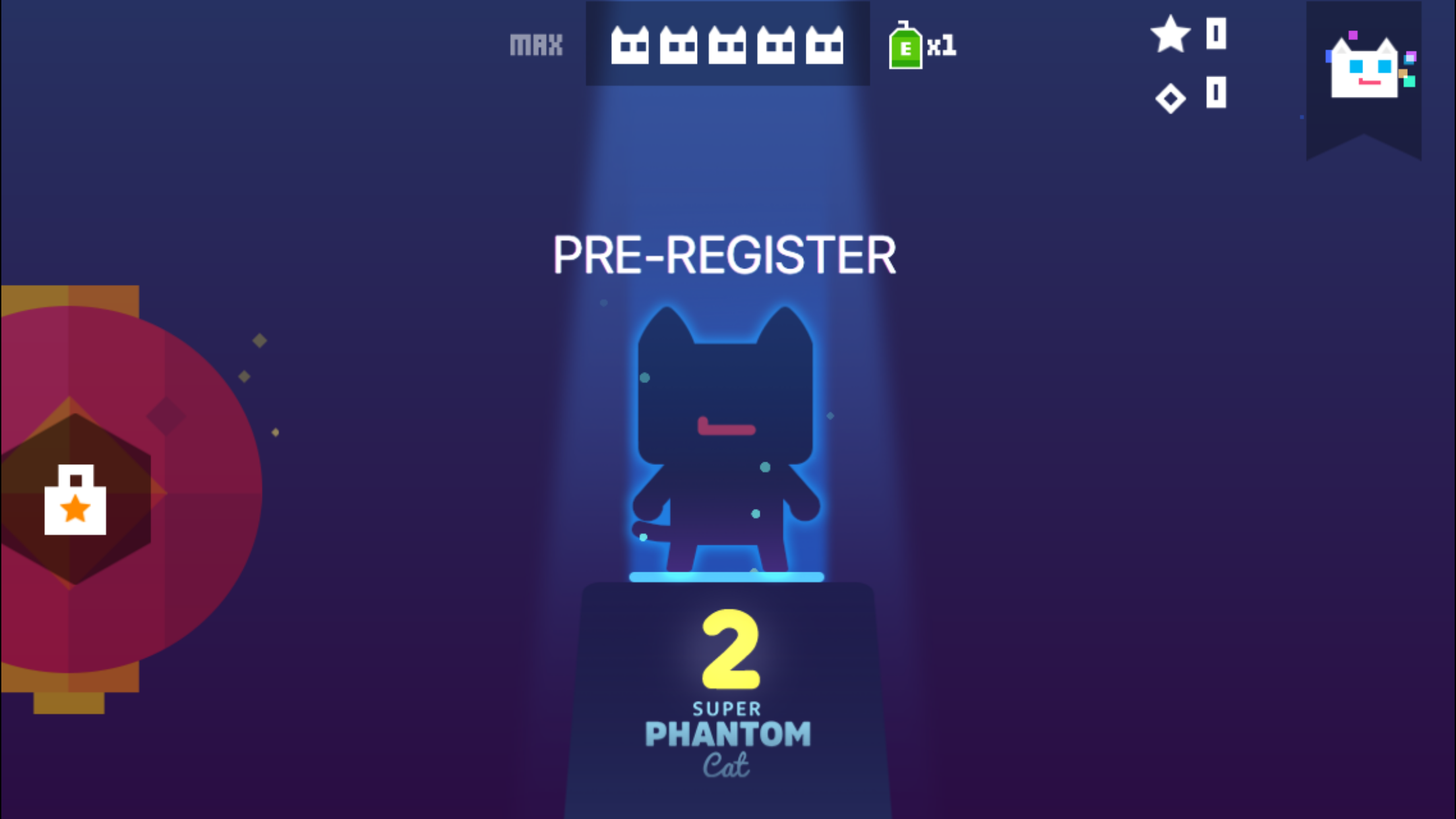 I actually signed up for that pre-registration, but before getting an email with a release date announcement or literally any actual information about Super Phantom Cat 2, Veewo has again snuck a surprise into the game, this time by way of its update notes which state that “BTW，Super Phantom Cat 2 will be issued on App Store in few days~!" Yes, that slightly muddled English seems to be saying that the sequel to one of the best platformers on the App Store is arriving in just a few days! Of course, with Veewo not being a native English speaking company “few days" might just mean “REALLY soon" and not necessarily this week or anything, but even if that’s the case Super Phantom Cat 2 is at least very close on the horizon. If you haven’t played the original there’s a free version that I HIGHLY suggest you check out and we’ll of course let you know just as soon as the sequel makes its way out.