It may feel like a lifetime since literally everyone was roaming the streets catching virtual creatures, however today marks a year since Pokemon GO (Free) finally launched on the App Store, and subsequently revitalised Nintendo’s RPG series in popular culture. Even with the frequent server issues and relative scarcity of content in the initial early stages, those July months last summer already hold a strange nostalgic charm to many, and it’s been great to see how Niantic have made great strides over the past year to make Pokemon GO even closer to the idyllic augmented reality adventure that they originally envisioned to make. To celebrate its year anniversary, Pikachu donning Ash’s famous hat can be located in the game from today until the 24th July, and a new Anniversary Box bundle is also available to obtain some sweet rare items including Incubators, Max Revives, Ultra Balls and a Raid Pass at a celebratory discounted price. 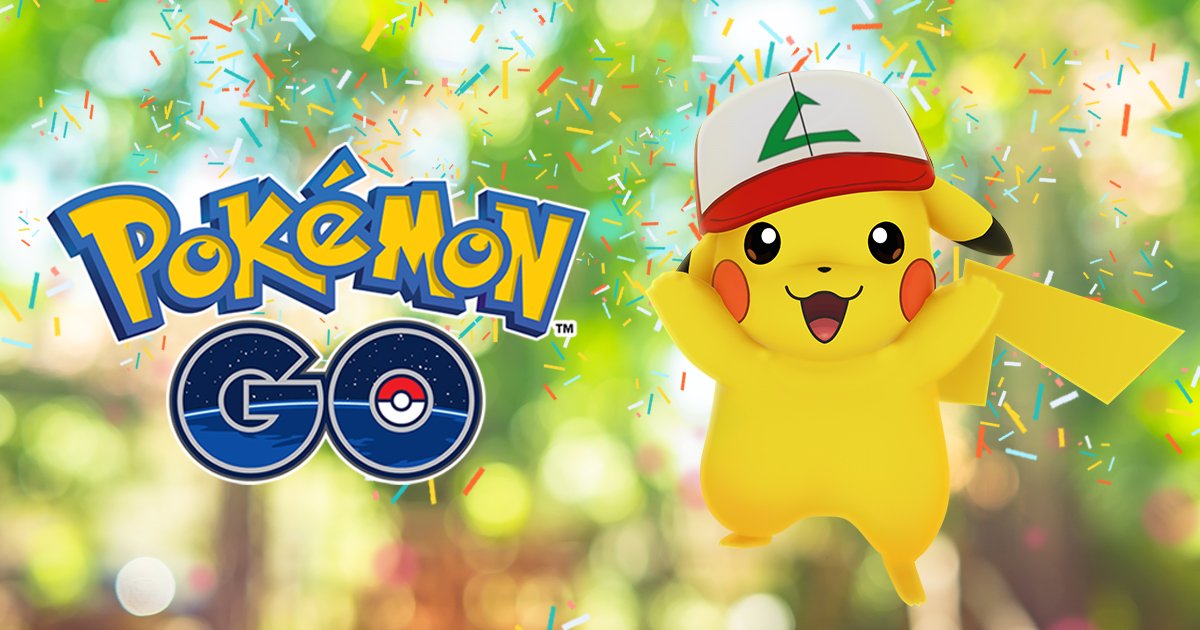 Despite a Pikachu with Ash’s signature cap is a neat addition, and one that has been teased in the series for some time, this first anniversary celebration seems somewhat anticlimactic in comparison to some of the rumors that have been circulating. We’re still awaiting the debut of Legendary Pokemon in the game, and even though Niantic have dropped numerous hints that they will eventually appear in Pokemon GO, I still don’t have a Zapdos in my roster of creatures and that’s never a good thing. Furthermore, Pikachu has had his or her fair share of hats over the past year in Pokemon GO, with both Christmas and Birthday attire releasing for the rodent since the game’s launch. That being said, the Anniversary Box is a nice way of rewarding fans who have been attracted to the more competitive elements of the title, and the major addition of Raid Battles recently has gone some way to attracting trainers who may have lost interest in the game. Hopefully the next year of Pokemon GO will be full of even more creatures, events and Mudkip – follow our forum thread to keep up to date with all the announcements as they drop.