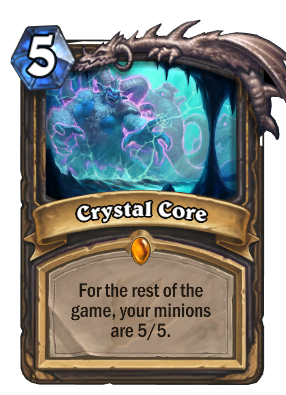 Among the powerful quest cards that were introduced in Hearthstone’s latest expansion, Journey to Un’Goro, is the Rogue quest The Caverns Below. The quest depends on Rogue cards that bounce minions back to your hand to play them again. Prior to the change, the quest was completed by summoning four minions with the same name. It sounds tricky, but the number of inexpensive bounce effects Rogue has makes this surprisingly simple. As of today, completing that quest will require five minions to be summoned with the same name, which still rewards a Crystal Core that makes all your minions 5/5’s.

Historically speaking, Blizzard has been very conservative when it comes to card nerfs, only nerfing a small number of cards in the life of Hearthstone so far. The rationale here is similar to what we’ve seen in the past: The Caverns Below is just too powerful against many slower, control-oriented decks, which in turn is significantly reducing the competitive viability of those decks and muscling them out of the meta in the process.

I recently assembled a typical Quest Rogue deck (something similar to this) to complete some Rogue daily quests I had hanging around, and it really blew me away how strong the deck is. It is not at all difficult to bounce a card a few times to summon it four times, and with even a basic mulligan strategy it’s not abnormal to have most of the combo pieces in your hand to drop a Crystal Core by turn five. From there, all your single-mana crystal cost minions are 5/5’s and you really need to be doing something weird to lose. So, I’d say this is a pretty well-deserved nerf.

For more on the thought process behind this, Blizzard is hosting a livestream Q&A with Ben Brode and Mike Donais to go over game balance and I’m sure you’ll hear much, much more about what went into this decision on their end. In other Hearthstone news, the Hearthstone Wild Open Tournament begins on July 1st, and I seriously just can’t wait to see what kind of crazy decks people play.