Alongside platforms, guns and Pokemon, zombies are one of the most common tropes in recent video gaming history. However, the oversaturation of undead beings – no thanks to the ridiculous popularity of the Call of Duty: Zombies ($4.99) spin-off series – quickly became tiring, even if games such as Minigore (Free) made a good case for horror-themed titles on the App Store. That being said, as the popular trends have changed from birds to fidget spinners, it seems zombies may soon be back in vogue, at least according to Kloppe Media. After the success of their previous game Road Rush Racer (Free), the developer has announced a new mobile release mysterious titled #01, which aims to merge the anarchic driving action from the former title with some dystopian zombie-killing chaos when it launches sometime in the near future. 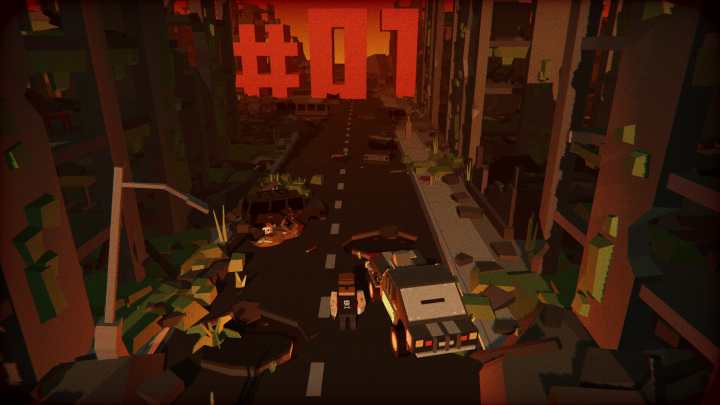 Beyond a few teasers, not too much has been revealed about #01 at this early stage. The dark and dreary color palette indicates the sort of thematic direction that the developer has taken in this latest game, and a preview gif showcases the sort of driving, shooting and jumping action that will be taking place in #01. With some impressive stunts, dramatic drifting and even a flamethrower to boot, early signs suggest that #01 should be a nice throwback to the straight-to-DVD cheesy zombie movies that have become bizarrely popular as of late. Of course, these are still early days for the game, and I’d expect a lot to change before #01 does release – especially the incredibly vague title. It’s certainly #01 to keep your eye on though (sorry!), so swerve down to our forum thread to stay up to date with details on this apocalyptic endless zombie racer as they are revealed.