Super Evil Megacorp’s mobile MOBA, Vainglory (Free), has launched its latest update and with it comes some significant quality of life upgrades. In addition to a new hero and the requisite new skins Version 2.6 also introduces a significant revamp to its in-game communication system.

Anyone that’s had the opportunity to enjoy Vainglory has most likely become intimately familiar with the game’s limited in-game communication modes, which were limited to a variety of pings that were intended to have specific meanings. These days, the pings themselves have taken a life of their own with some (particularly the question mark) being used to question teammate decisions and so on.

In order to alleviate such use, and to actually provide players with an opportunity to communicate, Version 2.6 introduces pre-set messages that can be used to tell teammates to purchase defense items, push the core, and so on. Messages are on the same cooldown as normal pings (in order to cut down on spam) and the messages can’t be altered.  Adding to the communication options is the ability for players to directly recommend specific items for other teammates to purchase, which can be used as a great teaching tool. 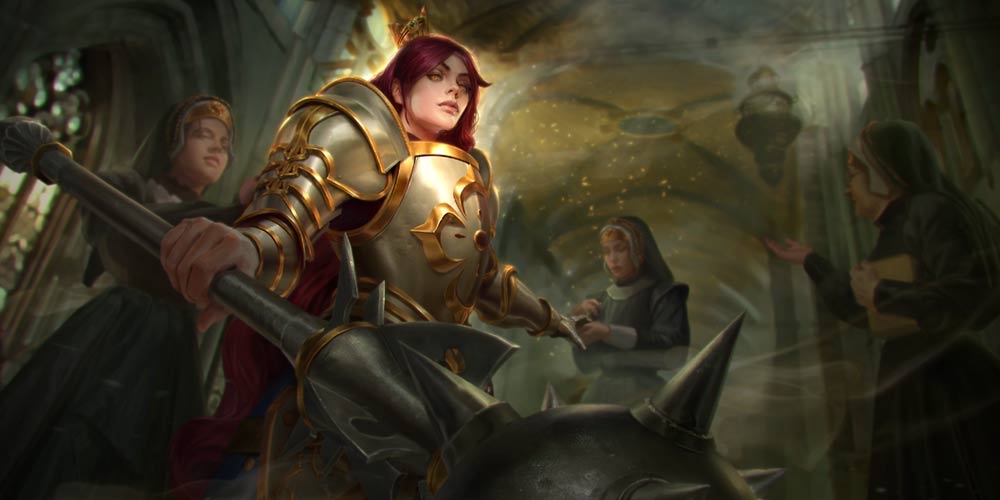 While I think the pre-set messages and item recommendations are a welcome addition, I always have a concern about trolls having greater communication options, which was why I didn’t mind the ping system too much. Hopefully these new tools will be put to use to actually educate and teach less skilled players, rather than as spammy messages of frustration.

In addition to the significant upgrade above, Version 2.6 sees the debut of Grace, a paladin with the ability to stun foes and significantly boost the defense of her nearby allies. Having a new tank that can be used in the captain role is always a welcome addition, so I’m curious to see if Grace’s introduction will lead to an increased use of balanced teams (if only temporary). In addition to Grace, new skins for various characters also make their debut.

Rounding out the Version 2.6 changes are the requisite character balance changes, which can be found here. Meanwhile, Grace and the rest of the new update are now available for players to check out.