There are few games that bring a smile to my face like Dumpling Design’s Dashy Crashy (Free). This lane-based avoidance game (calling it just a runner doesn’t quite do it justice) captured the soul of some of the loudest, most attention-grabbing arcade games from the ’90s while utilizing a really neat risk/reward system that dared you to go as fast as possible while avoiding crashing. Along with colorful, cheery graphics and tons of achievements and vehicles to unlock, there was plenty to love in Dashy Crashy in our original review. And while Dashy Crashy was a great–although simple–high score chaser, Dumpling had some major plans for the title and over the next year worked on a massive version 2.0 update which they dubbed Dashy Crashy Turbo. The update hit in early March and added special abilities to the many vehicles in the game, a sweet progression system that had you upgrading your driver’s license by completing achievements, a way better system for unlocking cars, 25 brand new cars, and tons more. It was basically a sequel but delivered as a free update to the original game, which was pretty darn cool.

Anyway, I probably could have been content just enjoying Dashy Crashy Turbo’s 2.0 update for the rest of time, but Dumpling still isn’t through with the game and just today has released another significant update. This update adds in a strange new vehicle that’s actually a DINOSAUR and yes I capitalized that because dinosaurs are awesome. The way it works is that everyone will get the dinosaur vehicle right off the bat, but you’ll need to collect 300 hunks of meet during play by June 30th in order to keep it permanently. That’s just about two weeks folks, so start collecting! The dinosaur can also attack to take out a vehicle when you swipe up, and if you take out 3 in a row from the same lane you’ll trigger the MEGASAUR temporary power-up which lets you basically bulldoze anything in your path. Yes, your high score is likely to increase while using the new dinosaur. 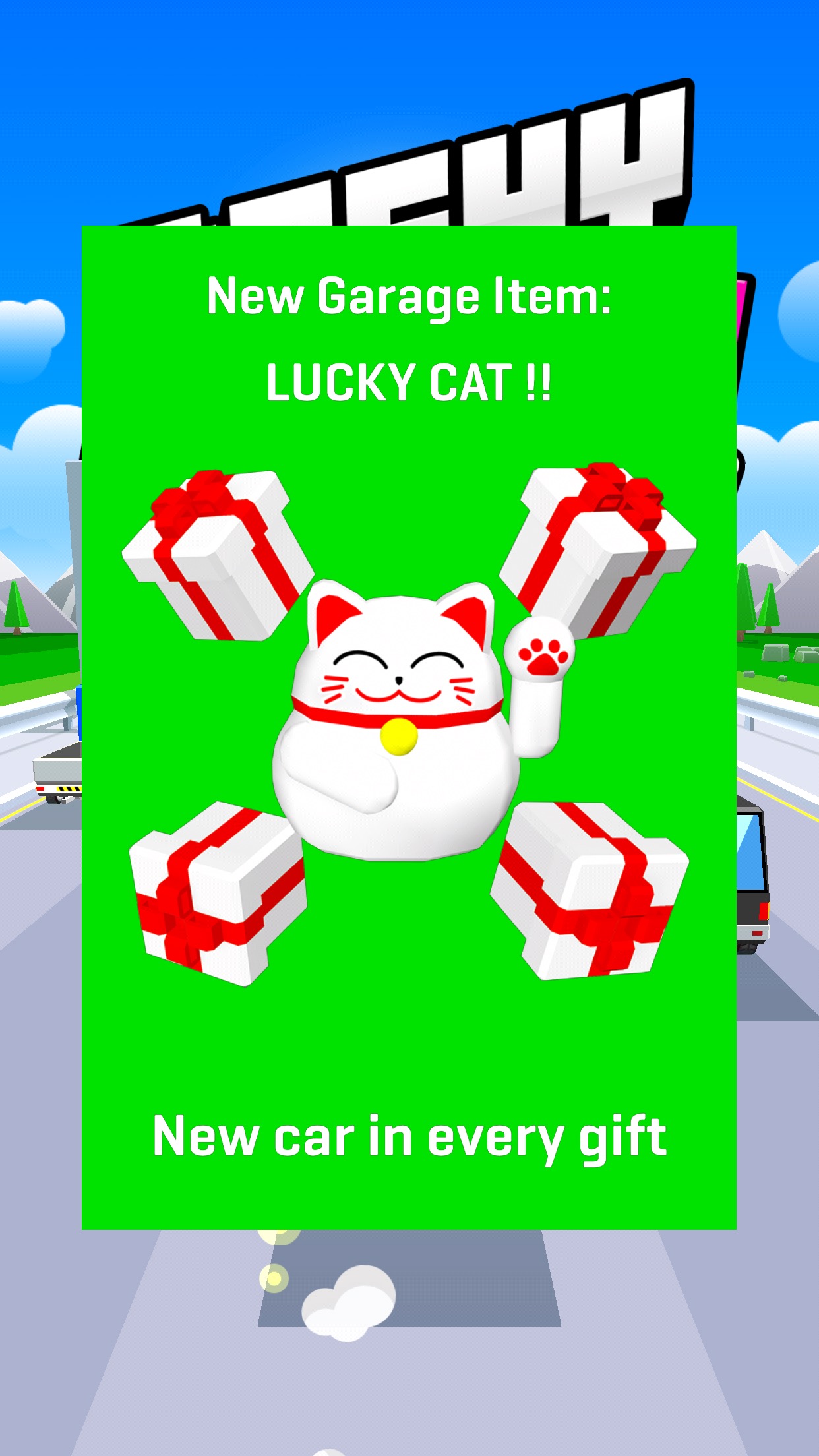 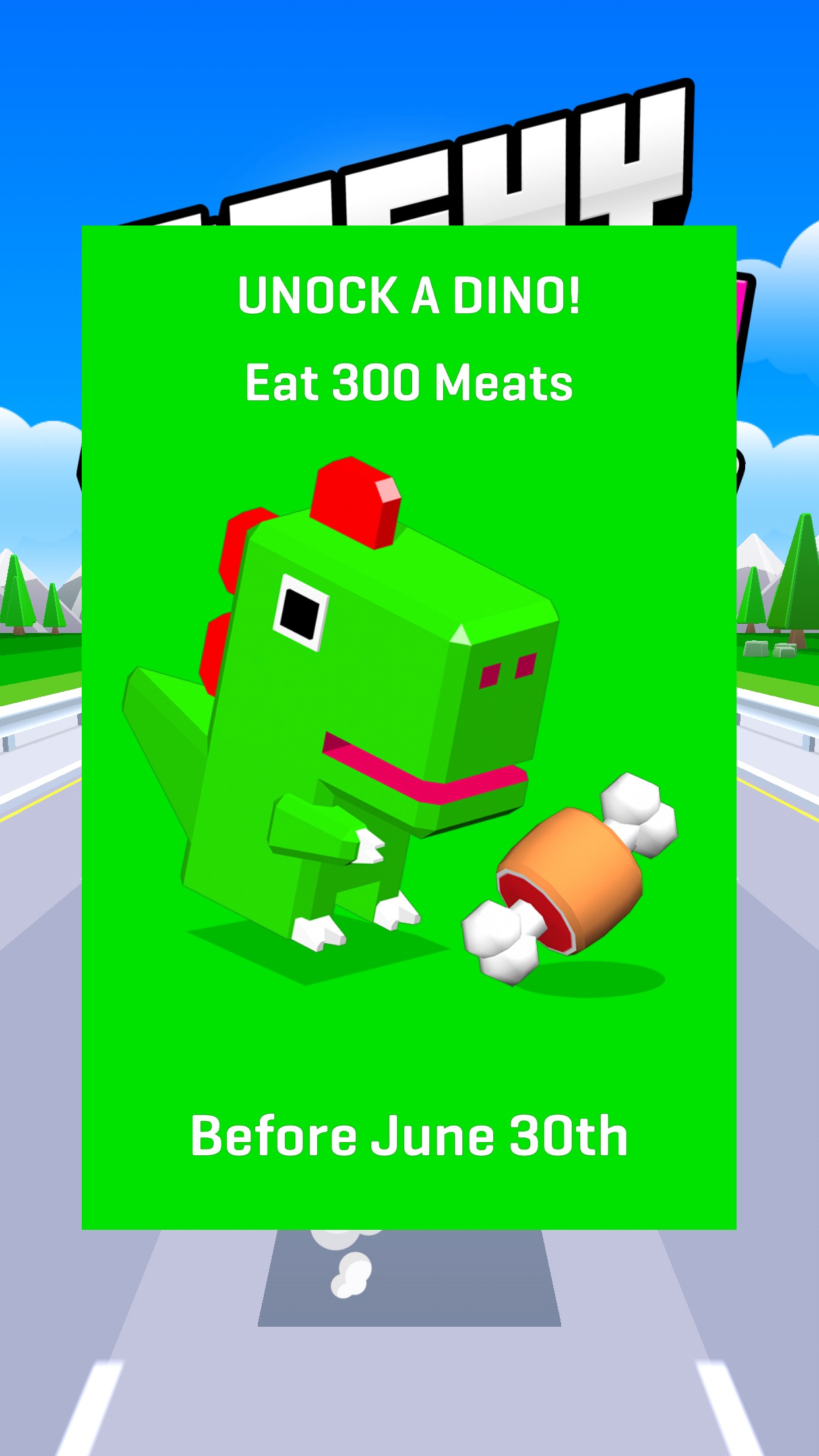 Another cool addition is the Lucky Cat that’s available in the garage for a 99¢ IAP and it will make sure that you never get a duplicate car when opening up a new gift. However, if you don’t go for that option or you’ve somehow already collected every car now duplicate cars will reward you with points towards your next free gift, so they’re not totally useless. For those who dig opt-in ads there’s also the ability to watch ads for points towards your next gift. Finally, they’ve added the ability to continue when you get close enough to your best score and have also increased the License level to 35 by adding in 5 new achievements. Dashy Crashy has remained one of my go-to games for the past year and a half that it’s been around, and it seems to only get better and better. Best of all is that Dumpling is teasing in the update notes that a future update is in the works which will focus on ’90s arcade racers. Hmmmmmmmmm… what COULD they mean by that??