Amazon’s Champions of Fire Invitational back in December included quite a few casual mobile games (Disney Crossy Road, 8 Ball Pool), but the second event in the series, called Mobile Masters Invitational, is going for a very different vibe by including Summoners War (Free), Vainglory (Free), and Hearthstone (Free), a definite shift from the casual tone of the inaugural one. The upcoming tournament will take place on June 23rd and June 24th at the Newark, New Jersey Prudential Center, and the winners will take $65,000 in total prizes, which isn’t bad at all. The whole tournament will be streamed on Twitch, as was to be expected. 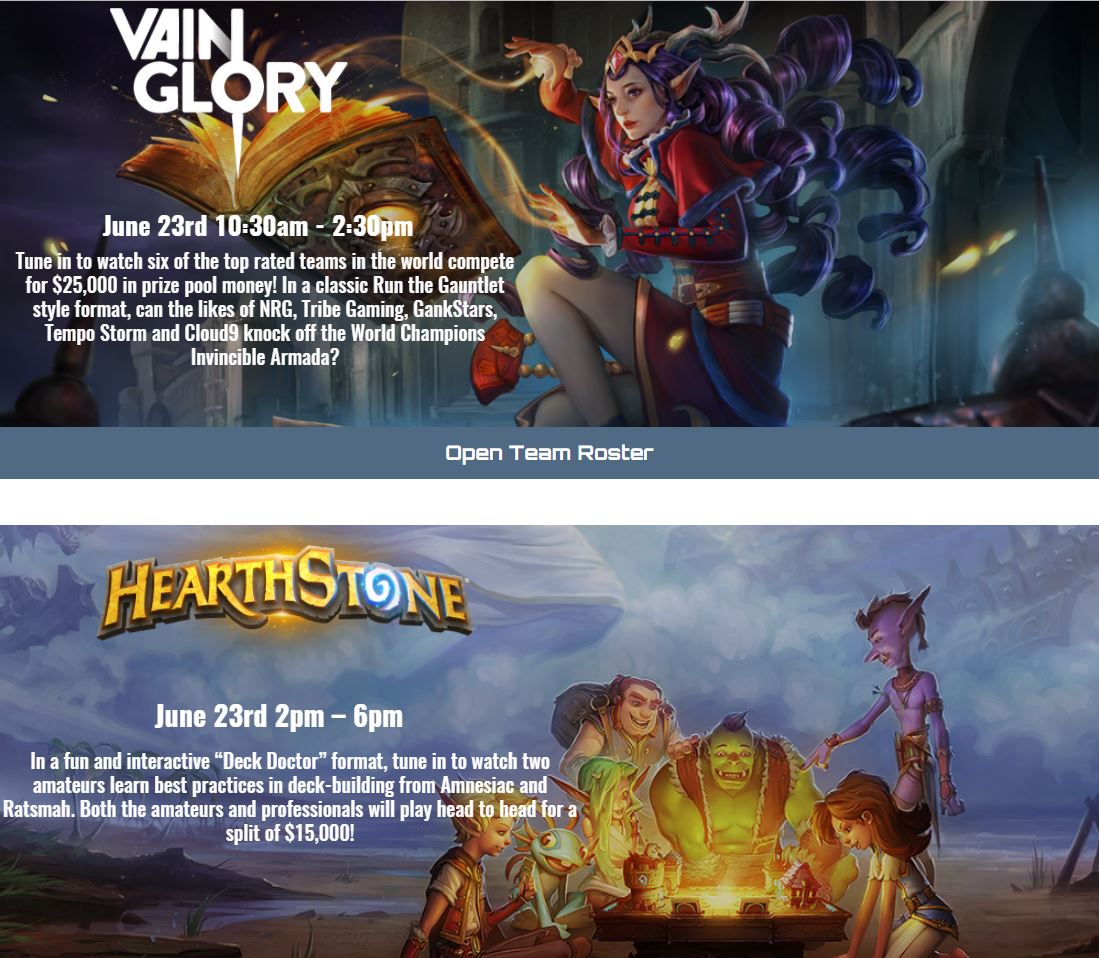 The Vainglory part of the Invitational will use the Run the Gauntlet style format, Hearthstone will run a fun and interactive Deck Doctor format, where two amateurs learn the best deck-building practices from Amnesiac and Ratsmah and then play head to head, and Summoners War players will compete in a double-elimination style bracket. This invitational sounds like fun, and I especially like the Hearthstone twist. Should be fun to watch.