As we wrote about a few weeks back, Google Play Awards returned for 2017, and today we have the winners, and there were some quite interesting choices. The award for Standout Indie went to Mushroom 11, which beat the likes of Reigns and Kingdom: New Lands. Best Multiplayer Game went to Hearthstone, beating Lords Mobile and FIFA Mobile Soccer, and the Best Game Award went to Transformers: Forged to Fight, which beat Pokemon GO, Choices, and Fire Emblem Heroes. I’m rather surprised about Transformers beating Pokemon GO, given what a huge phenomenon the latter was. 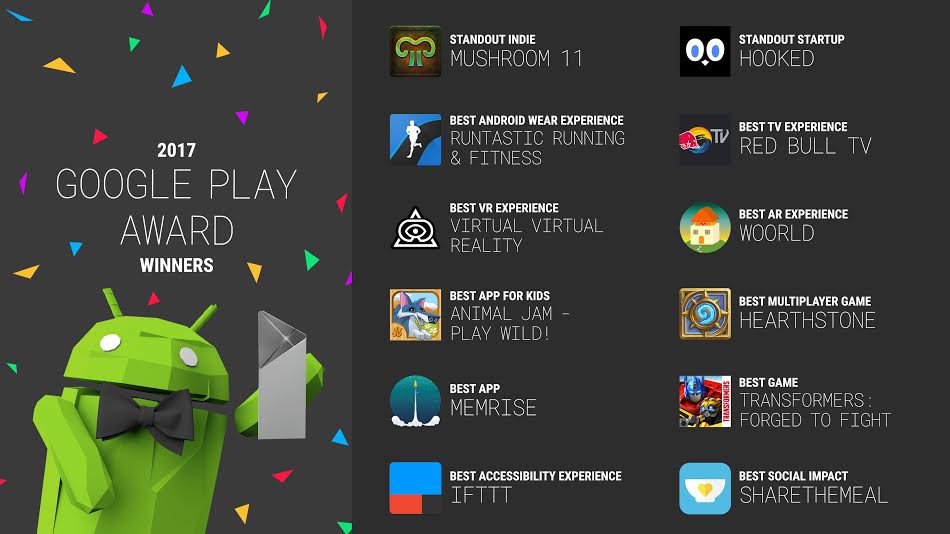 Game awards are always “interesting," and their results aren’t always easily predictable. Still, it’s intriguing to see which games get the nominations and which ones win. Do you agree with the awards Android players, or would you have given the prizes to different games?