Fidget spinners have taken over the US, and that’s just a slight exaggeration. So, I guess we shouldn’t be surprised that a digital version of a fidget spinner called Finger Spinner (Free) is now spinning on top of the App Store’s Free App charts. In case you’ve missed out on the craze—which I highly doubt—fidget spinners are 3-inch twirling toys originally made to help children with attention disorders concentrate, but these last few weeks they have spread everywhere, spawning tons of articles and debates over their usefulness. And, as is always the case, they’ve spawned plenty of demeaning comments about millennials, which is a new sport nowadays. 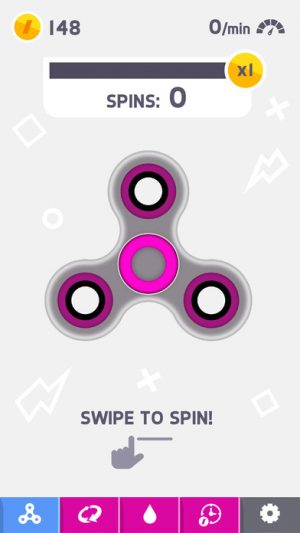 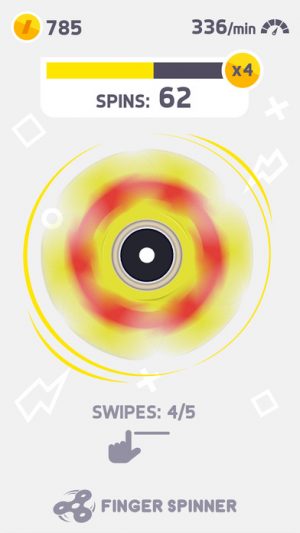 Finger Spinner is an interesting digital incarnation of a fidget spinner and is not, of course, the only one on the App Store. Yet the closest spinner game is Fidget Spin (Free)—which is all about tapping to keep the spinner aloft—all the way down to rank 35. Finger Spinner turns spinning into a competitive sport of sorts by giving you 5 swipes to get the most spins possible but also offering various boosts you can get using in-game coins. There are boosts like greasing your spinner, increasing the spinner speed, and so on. And there are, of course, leaderboards. What’s interesting about this digital incarnation of a fidget spinner is that the game goes against the whole idea of a fidget spinner, which you can keep spinning and spinning. Finger Spinner, on the other hand, only gives you very brief spins initially.

I’m sure Finger Spinner won’t stay long at the top of the free charts, but it does show how smart mobile developers can tap into a cultural moment, even if what they deliver isn’t exactly what the whole world is crazy about. Well, go give Finger Spinner a…spin.