FIFA Mobile Soccer (Free) developers have been increasingly trying to improve the game, and today’s big update is another step in that direction. The new VS Attack Mode will replace the old Attack Mode and will feature simultaneous matches against opponents in real-time instead of the turn-based matches of old. This change should alleviate the frustration of waiting for opponents to take turns and then playing against AI versions of teams rather than against the actual players. Hopefully this will make that mode more fun to play. VS Attack will officially be available on May 24th. 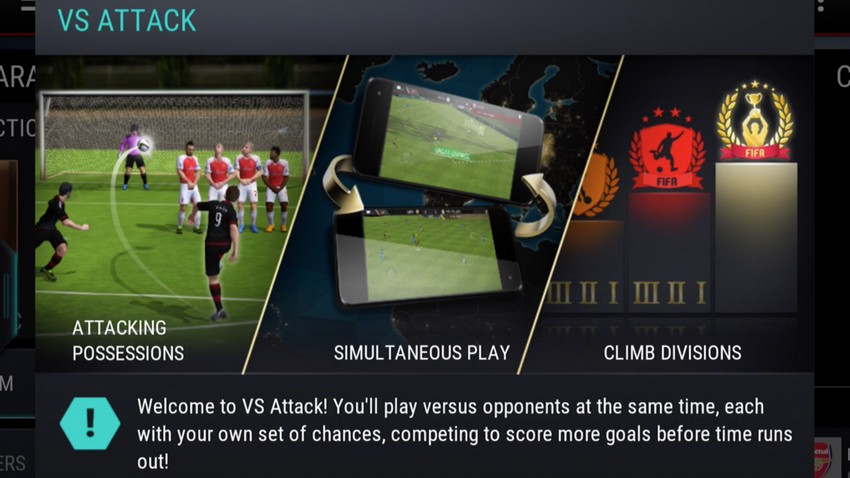 In addition to the new mode, this latest update fixes plenty of gameplay issues, like players running the wrong direction on Possession start, which was frustrating, or players standing around in offside positions all the time. There are also improvements in the dribbling and more that you can read about here. What do you think? Will the new mode make you want to play the game more, or is it not enough to entice you?