While some people may fight against convention by deleting Facebook or refusing to shop at big chain stores, my biggest stand against societal norms was by actually quite enjoying studying and solving math problems at school. As a result, I tend to gravitate towards puzzle titles and anything with a semblance of number crunching, such as Sudoku or Picross, if I need to kill some time, and the upcoming Mr. Mustachio 2 looks like it could be the next game to fill this particular niche on my iPhone. While sharing the same rough concept as the previous game in the series that was released in October 2016, Mr. Mustachio 2 adds not only more number questions, but puzzles involving images, shapes and words, resulting in an intriguing take on the Brain Training-esque format that should provide a fun and educational time waster when it launches on the App Store in the next few weeks. 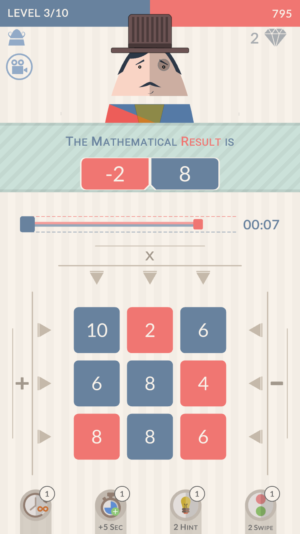 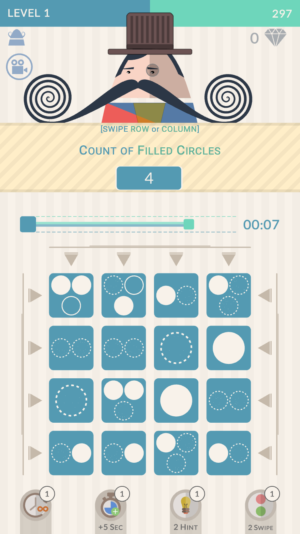 The general mechanics of Mr. Mustachio 2 will be immediately familiar for fans of the previous title – a certain value will appear at the top of the screen, and you have to locate the row or column that satisfies that value with the rules that are attributed to each grid. However, the upcoming sequel throws in shapes, pictures and words to the mix, so instead of the purely mathematical edge of the first game, you may be tasked with counting the number of filled circles or the amount of lowercase letters in a particular row. There are even algebraic questions that mix in both numbers and letters for a particularly devious brain-teasing combination; this mix of geometrical and statistical puzzles should cater for those looking for an educational experience, but also anyone just wanting an interesting and varied puzzle game on the App Store. Mr. Mustachio 2 will be launching on the App Store soon, but in the meantime head down to our forum thread for more details and updates in the run up to the game’s release.