It was a surprisingly strong week of new releases, but there’s one game in particular this week that just totally blew my socks off. It’s called Die With Glory ($2.99) from developer Cloud Castle and it’s, well, glorious! It’s also kind of a tricky game to explain, but I’ll give it a shot. You play as a bad ass Viking named Sigurd who is just SO bad ass he’s lived a long life and never, ever fallen in battle. He’s too bad ass, you see! This is actually a problem though, as in order to ascend to Valhalla to spend eternity with his Valkyrie sweetheart, Sigurd needs to–wait for it–die with glory! 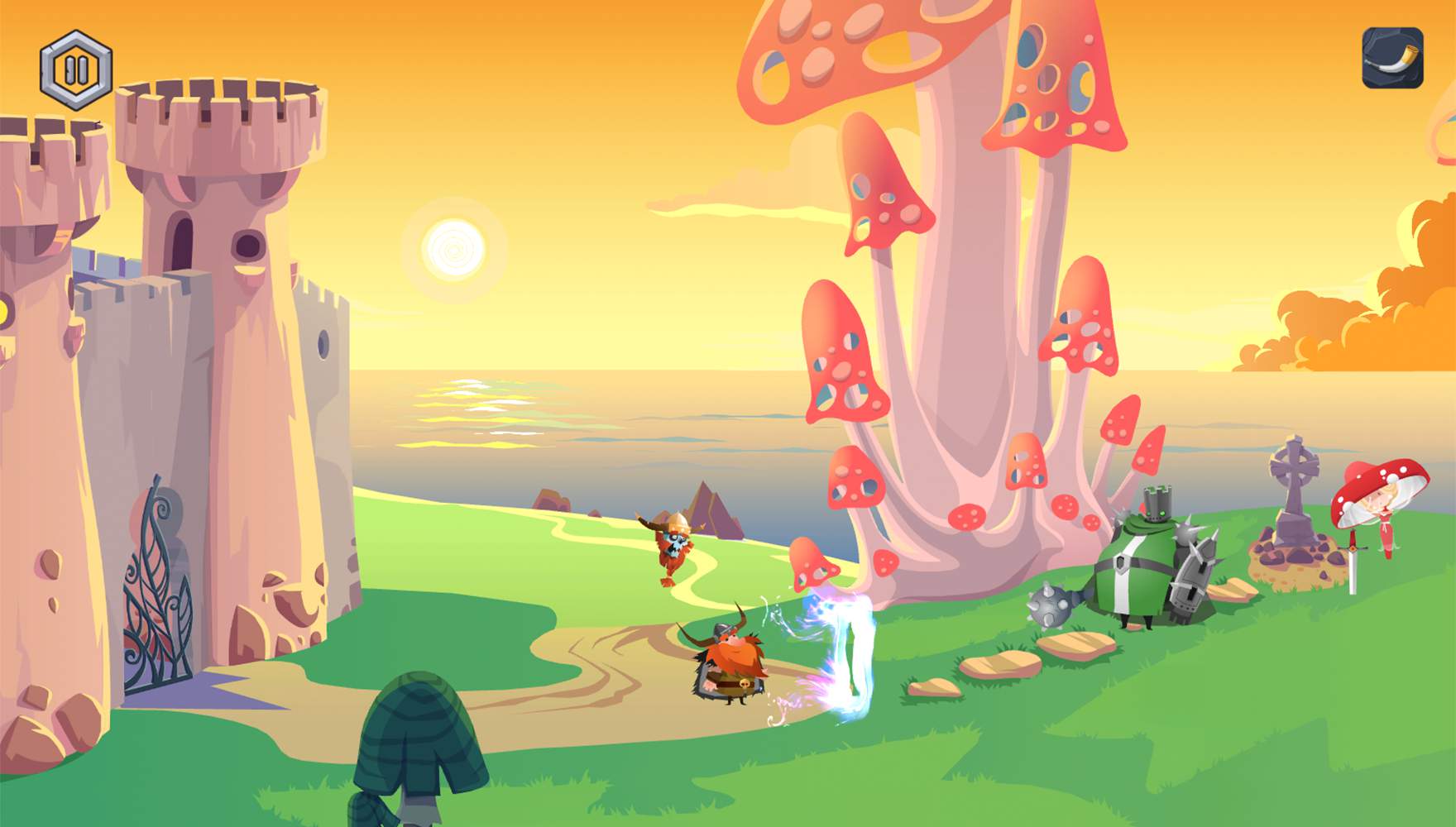 The actual game of Die With Glory is probably best described as a point-and-click adventure. You’ll tap around the environment to have Sigud move and to explore various interactive elements. What is especially neat about this game is that it’s largely non-linear. The “levels" if you could call them that are played out as Sigurd telling the stories of his many adventures in a tavern. Each story will have a few different goals for you to complete, which can change based on a sort of branching dialogue system type of thing. This is basically the Mass Effect of Viking-themed point-and-click adventure games. You’ll be retelling your tales of death, but in order to die honorably you’ll need to complete the other goals too before you meet your end.

The other major part of Die With Glory that has me so hooked is its tremendous sense of humor. Excellent voice acting fleshes out the main story bits, and there are so many funny characters and situations you’ll find yourself in that it’s hard not to be constantly smiling while you play. The dialogue throughout is great, and of course there are also tons of extremely clever ways to meet your demise. Being an adventure game that takes inspiration from classic adventure games, there’s also plenty of very purposefully obtuse answers to the various puzzles in the game, which is another source of amusement. This is the type of game where you can sense the love that went into making it throughout the whole experience.

Another point in its favor? The game is fully premium and will set you back just $2.99. There is an IAP option though, but don’t fret, it’s literally an optional “buy a beer for the developers" 99¢ IAP if you enjoy the game and simply feel like giving them an extra tip or two. While I don’t think they’d be able to buy an ENTIRE beer with just a dollar, I do love when games throw in that tip jar style of IAP as by and large the prices of paid games on mobile are just too darn cheap as it is. Anyway, it’s totally unnecessary but there if you want it! If you enjoy adventure games, especially stylish and charming ones like Love You To Bits, and you love being constantly showered in Viking humor, Die With Glory is an easy recommendation.