Sometimes it’s nice to just relax and play a game with a weird creature at the helm. Maybe Bubsy isn’t the best example, but cats are relaxing and stress-reducing creatures by nature, so I naturally gravitate towards projects that feature felines. That’s why I opted to take a chance on Star Cat Adventure (Free). Well, that, and the fact that its titular character looks like a rad ’90s mascot.

Star Cat takes advantage of its touch screen limitations by going all-in on its slingshot mechanic. To move the titular cat around you’ll simply pull on its behind, which you can then aim and shoot like a kid’s toy. The arc and power are completely up to you based on how hard you tug, and then he’ll go about his way flinging across the screen. It’s been done many times before, but the physics system is sound enough where you won’t have many phone throwing moments of frustration because it took you in a direction you didn’t want to go. 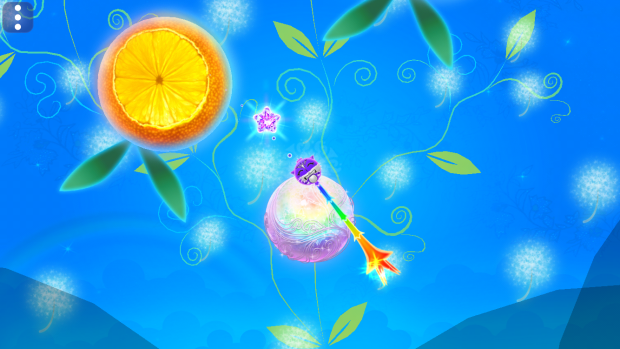 Moving from place to place, sticking to the environment as you go has a real Mario Galaxy flow to it. You’ll use that stickiness to leap to miniature planets for the most part, and when the going gets tough you’ll have to get used to quickly hopping to and fro. It can be a tough skill to acquire as players will need to constantly find the “tail" to get the cat to fling across the screen, but quick reflexes will make up for any sort of pixel hunting. The zoom is still a bit weird though, as it often only provides a field of view that’s just out of reach of some hazards in several cases. It’s there, it’s just faint, and a larger zoom would be appreciated on some of the bigger levels.

There’s also plenty of provisos along the way that change up the formula. You’ll have to navigate hazards, enemies, and acquire power-ups like energy shots along the way. Nail-biting conceits like side-scrolling walls and enemies that stalk your path arrive casually from stage to stage.  The “cat" is basically a dangly ball…thing, but is incredibly emotive when it’s moving and when you pull on its tail. 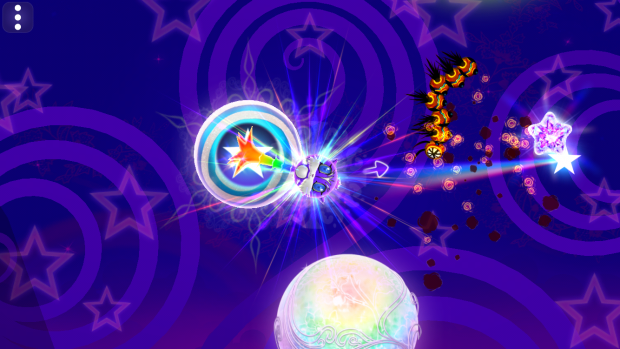 But while some games are content with resting on their laurels in later levels, simply providing slightly iterative concepts, Star Cat gets even crazier. Well maybe “trippy-er" is the right phrase, because this one really dials it up to 11 in many cases. I’m talking giant disembodied heads, dragons, disco iconography, and gaping shark maws weird. But it’s not all strange for the sake of it, as many stages are built with beauty in mind and create some awe-inspiring backdrops. My personal favorite is a whimsical galaxy that’s centered around the concept of time, with meticulously detailed clocks to boot. All seven of them have their own charm, though.

Those visuals are accompanied by a lovely and colorful art style, as well as a lively soundtrack. It’s original, but still has an air of retro classics like early Capcom or Sega games about it. I wish there were more tracks but given the indie focus of the studio it makes perfect sense why there’s not. I would easily buy the whole shebang if I could (you can listen to some of it, which was done by multiple artists, here). 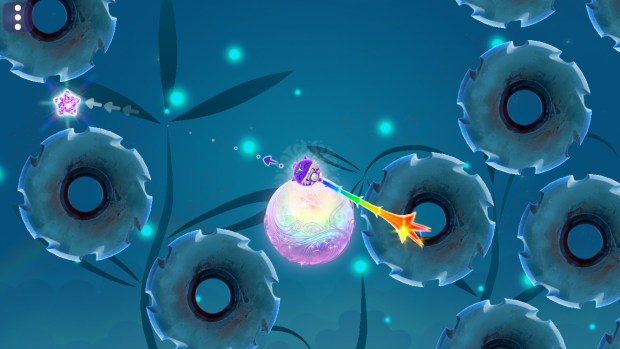 With only a handful of worlds Star Cat will take an afternoon to clear, but that’s totally fine given its price and no strings attached approach. It’s nice to be able to go through an entire game from start to finish and not feel like it’s a slog, or that anything was added in to nickel and dime you or create an artificial grind. There’s no bones on this one outside of the occasionally frustrating and old school-tinted challenge.

Oh, and there’s no IAP here, just one premium cheap game from a first-time developer. A developer that I hope continues to put out more projects in the space, mind, because of how well-crafted Star Cat Adventure is. While a lot of projects are laser focused on creating a “retro" brand, Star Cat effortlessly just injects elements of a bygone era into something that looks completely new. Heck, I would even be fine with a direct sequel.