Vector Unit went a bit out of their comfort zone for MouseBot (Free), and they succeeded spectacularly. While the game is based around the technology they use in their famous racing games like Beach Buggy Racing (Free) and Riptide GP: Renegade ($2.99), it’s more of a platformer where you’re driving forward as a robotic mouse. The levels definitely demand a level of driving skill, and mechanics such as jumping throw a new wrench into the equation. But there’s an interesting puzzle aspect involved that makes for a compelling genre hybrid.

While MouseBot starts out easy enough, the game gets to be quite devious as it introduces new abilities and traps. Even basic traps such as dodging buzzsaws or stompers get to be complicated when you have the constant acceleration to deal with. And when combined in sequence, these can be real brain-scratchers, as you have to figure out which ones are safe to just drive past, or possibly jump over. Some of these work well with memorization, but if you’re just going for the cheese goal, you can play smart by just darting in past a stomper when you think it’s safe.

But it’s that combination of both thoughtful play and the reactions that you have to make to traps that make this such a compelling combination for a game. It’s simple enough to get going with MouseBot, but as the challenge really starts to ramp up, you start to realize just how deep this game can really be. You have to be able to play well, but with the well-done physics and simple controls, you are given a chance to succeed. Whether you can survive the hazards – and the completionists will have more to deal with, many traps can just be dodged if you don’t care about the cheese. But considering some of the cool hats you can get for your robotic mouse protagonist, they’re well worth earning, especially as they get you the energy tokens as well. 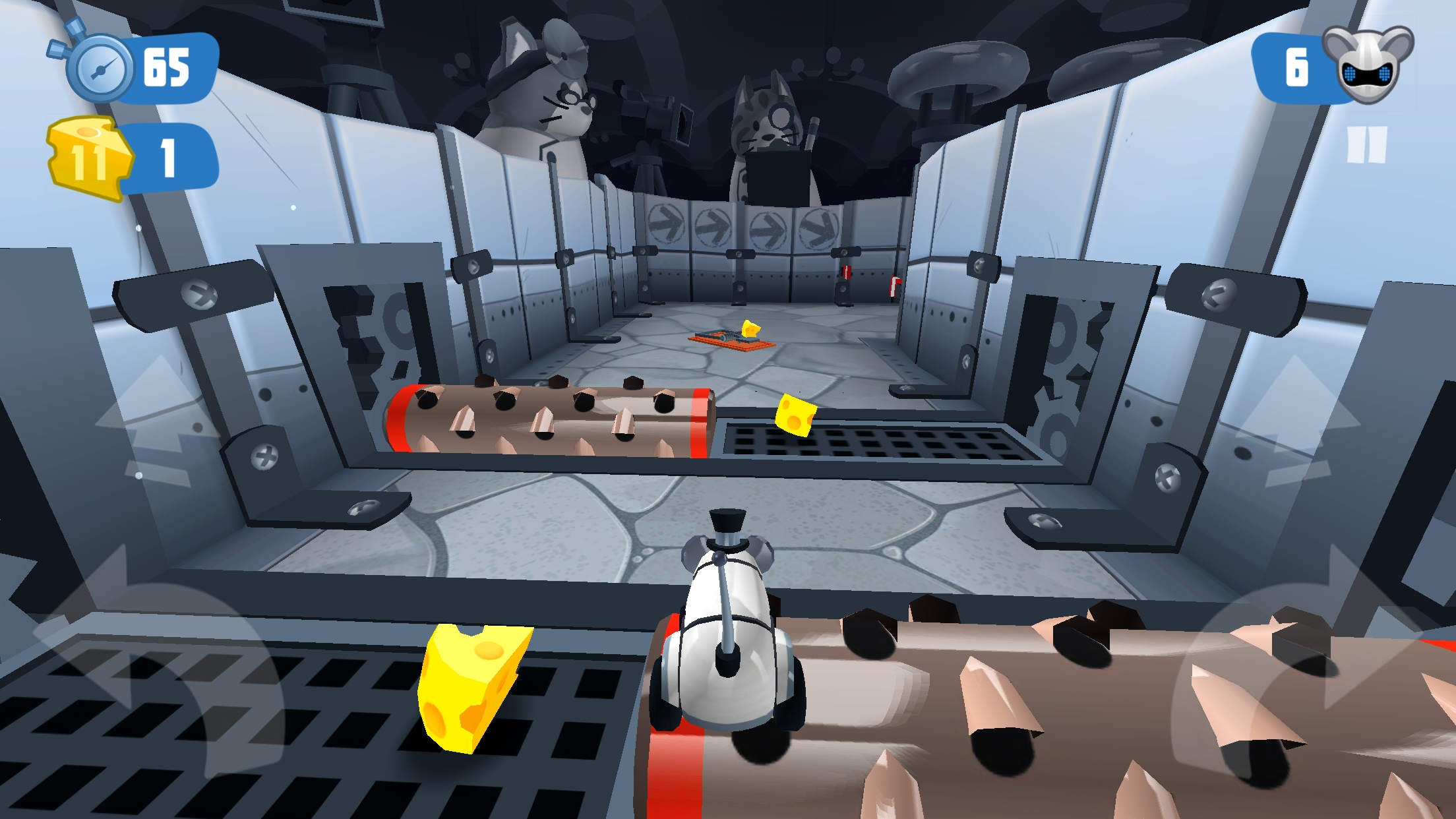 The structure of the game, and how players interact with it, is rather clever as well. The game is free-to-play, but you can pay to get rid of ads and the lives mechanic. Paying doesn’t eliminate the monetization entirely, as you can still buy energy tokens to save checkpoint gates. But getting rid of the lives for paid players and increasing the amount of cheese you earn gives the player a lot of value for the purchase price. The later levels may require a bunch of those tokens, but you can just be smart with the ones you do earn and save them for way later on.

Vector Unit did not skimp out on MouseBot‘s features despite it being a ‘casual’-focused game. It has the gamepad support that other Vector Unit games have. While the touch controls work well enough for MouseBot, if you like playing with a controller, you can do just that. I’ve been messing around with the 9.7" iPad Gamevice, and MouseBot feels great with a joystick, and having the jump button right there at your thumb. And of course, if you’re gaming on your Apple TV, then you can play on there as well. While tilting the remote isn’t perhaps ideal for this kind of game – and Matt Small of Vector Unit said that’s why tilt controls weren’t the default option on mobile – it’s still quite playable. Plus, there’s always controller support. And cloud saving working out of the box is something that gets me personally excited because it’s so useful.

MouseBot is just an exceptionally well-made game from a studio that knows how to make quality mobile games. This is another spectacular entry to their portfolio, and one that’s sure to bedevil us around TouchArcade Tower for a while longer. Plus, those cute cat scientists, while they’re your enemy, are just cute enough in their scientist outfits for this to qualify for Jared’s Kitty Korner. And with all that, MouseBot is an easy pick for our game of the week. Agree? Disagree? Want Kitty Korner back? Sound off in the comments below! 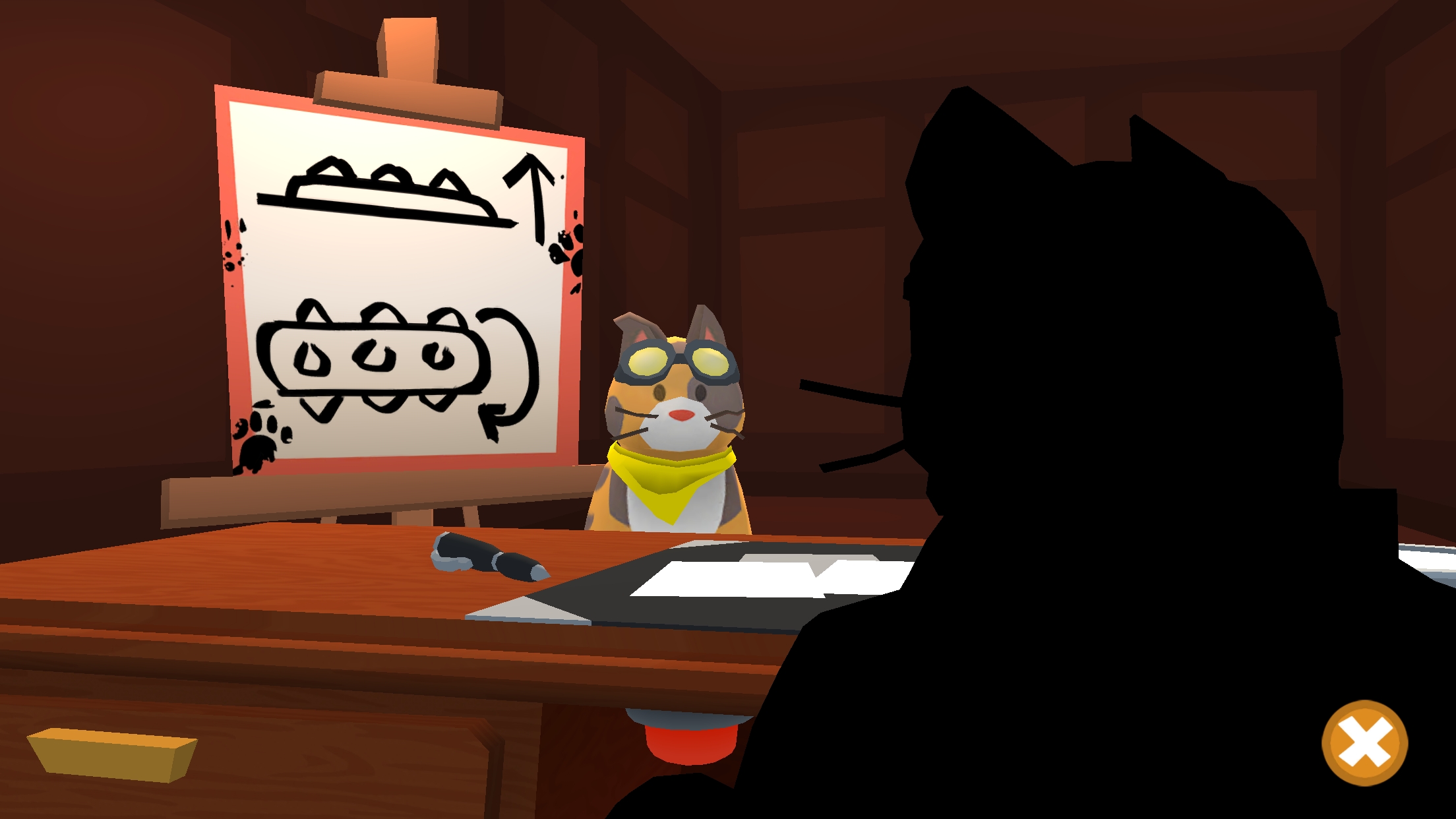