It’s kind of crazy how Crossy Road (Free) just kind of exploded into this massive thing. I thought the game was a fantastic title at launch, but did I see it becoming a phenomenon that inspired a Disney spin-off, would influence every indie developer wanting to do free-to-play games, and still be updated two and a half years later? I can’t say I even considered that, but here we are. Crossy Road, still one of the best examples of voxel-y, high-score-chasing games on mobile, has been updated yet again. 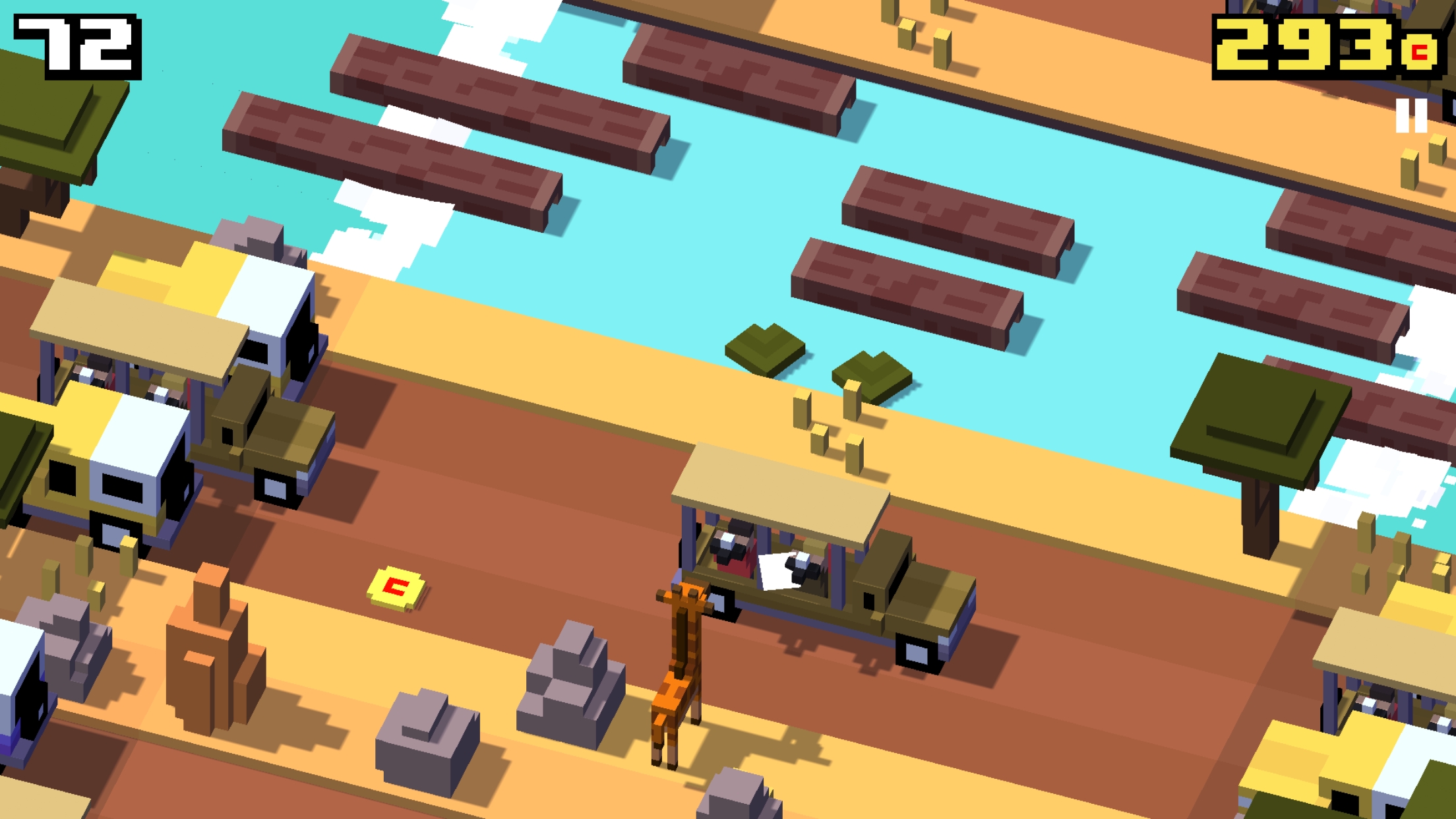 New in this update is the Savanna level. Incorporating some existing characters, this level throws some new stylistic tricks at you, including gawking tourists with their cameras flashing at you. Additionally, there’s a total of 11 new figurines, not just in the Savanna, that you can unlock. And by that I mean there’s some that are earned the normal way, and a couple of secret characters. The Savanna update is available now, and if you have an ecosystem that you’re disappointed isn’t in the game yet, well, Crossy Road will still be getting updated long after we, and probably all ecosystems, are gone.