I must have played billiards a hundred times as a kid before I truly understood what it was about. The mathematical calculations that go into each shot, the finesse and nuance involved, it blew past me while I was hitting a fun looking ball with a stick. Like a lot of sports the finer points were actually taught to me by way of video games, which highlighted the trajectory of the cue and where it would bank. It was an enlightening experience for sure, and one that I would apply to countless amounts of real life and digital games over the course of my lifetime.Incidence ($0.99) might look artsy, but at its heart it’s basically a fancy version of pool or mini golf. 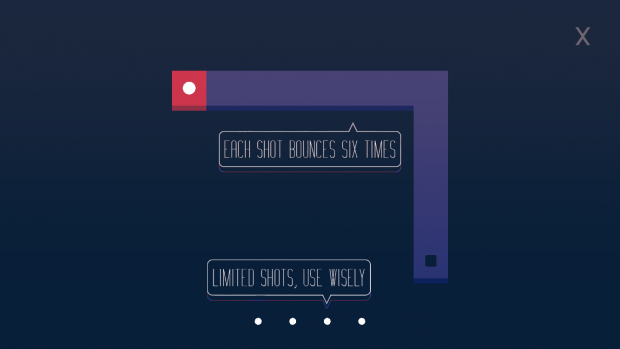 Yep, each level has a starting and an end point to get to. Your job is to aim (by way of sliding a finger) a ball and get it to the goal (a simple dot). But there’s a slight catch, as the ball bounces off walls, and bounces precisely six times every volley. Oh, and you have a limited number of moves (four) to achieve your goal. It feels like I’m just padding it on, but that’s it — six bounces, four moves, every map.

One thing I appreciate is how Incidence gives you just enough to succeed without necessarily giving it away. When angling your shot, a marker will show you the first bump. Beyond that, and divining what the subsequent five bumps will do is up to you. There’s no options to toggle it to easy mode or take away the marker, which would have been appreciated, but there’s a serene middle ground with the decision to just have it be a lone assist. If you screw up following through is quick enough, but there’s also a lone “X" in the top right to tap to restart. 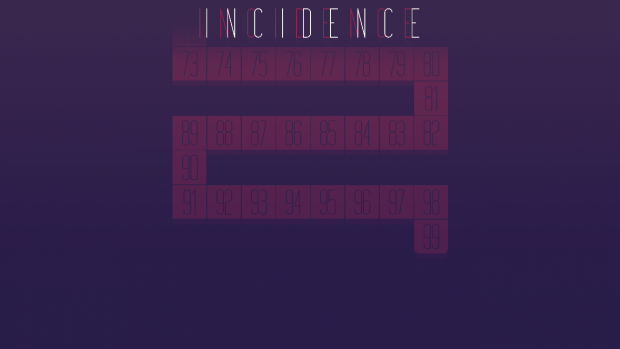 It’s a level of repetition that works for Incidence, as the minimalist style isn’t ever in your face or annoying. Some levels blend together but it all adds up to a zen-like feel, and the layouts are tough enough to not bore you outright. Over time you’ll start to figure out moves before you take them, just like pool. “If I bounce it here, it’ll continue bouncing back to the start, or if I hit it here, it’ll bounce right near the goal so I can just tap it in" is a common sequence of thoughts in any given level, and as minimal as it looks, it’s surprisingly deep. The sounds that the game makes when the ball bounces off each wall is also mesmerizing. But that’s basically it, as the sound direction is just as muted as the visuals — there’s no soundtrack or annoying “you did it!" congratulatory vocals, it just morphs into the next level.

The description tries to claim it’s a “vania" of some sort (clearly after the classic Castlevania, or more recently, the popular “Metroidvania" term to describe an action adventure that skews toward open world exploration), but that’s simply not present. Progression is solely linear, as you’re going from map to map without any exposition, story, or anything of the sort. Some levels do offer choices and feel open, sure, but that’s where any semblance of a comparison ends. 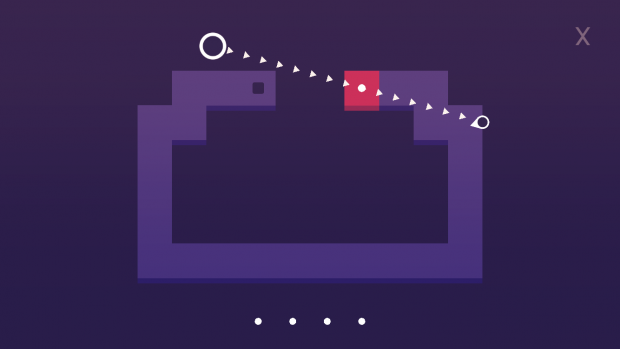 100 levels is what you’re getting, no strings attached, or taken away, as it were. There’s no power-ups or bonuses of the sort, or currency to keep track of. No, it’s just your skill and your wits making it through seemingly insurmountable challenges, until you finish them and you’re done. It’s the kind of thing I’m inclined to pick up and replay every so often, but once you really get the hang of Incidence‘s unique “bounce" physics, you’ll likely breeze past the initial salvo of arenas anyway.

I wish there was a little more to Incidence, but I had a great time learning its rulesets and mastering them. By the time I hit level 100 I felt like a pro, but there wasn’t anything left to conquer. I have a feeling that any updates probably won’t incrementally increase the difficulty or expand upon the concept (as the complete onboard set doesn’t either, it’s more of a moderate slow build). Right now Incidence simply is what it is, but puzzle fiends should have a grand old time picking it up while it lasts.