Today we got to see some new Hearthstone (Free) Journey to Un’Goro cards, and they are intriguing to say the least. During the livestream, Senior Designer Peter Whalen and Day9 showed off 16 cards, although some of them are actually tokens instead of cards you can play. And there are definitely some new ideas and new mechanics in this new set, most of which look really exciting. We got to see a silly 2-mana Warrior card called Explore Un’Goro that replaces your deck with copies of Discover a card; think of this one as having a whole deck full of Raven Idols. Don’t expect this card to be competitive, but it will definitely be a very entertaining one to play. 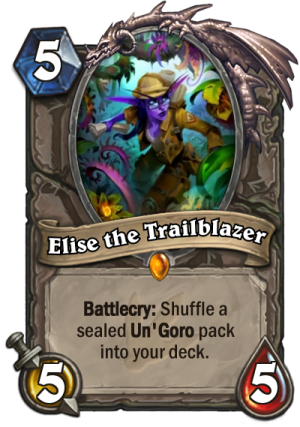 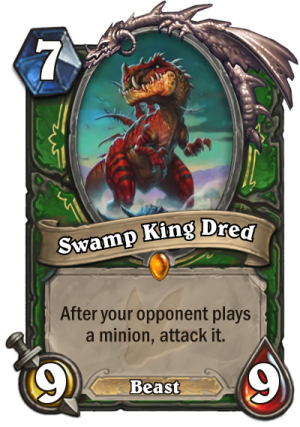 They also showed off Lakkari Sacrifice, the Warlock Quest spell that rewards you with a Nether Portal if you discard 6 cards. And what is a Nether Portal? It’s a permanent portal that summons 3/2 Imps. It literally cannot be removed by anything in the game. Now it remains to be seen whether this Quest encourages more Discard Warlock decks or not. And a fun note regarding Quests; they can be countered by Counterspell.

We also got to see Golakka Crawler, the 2-mana neutral card that destroys a Pirate and gains +1/+1. As you can guess, this card was made to hamper those pesky pirates. One of the most entertaining new cards will be Elise the Trailblazer, the new version of Elise Starseeker. When you play Elise, she shuffles an Un’Goro card pack into your deck, which you open once you draw that pack card. Keep in mind that this pack will give you better cards than what a usual pack would. 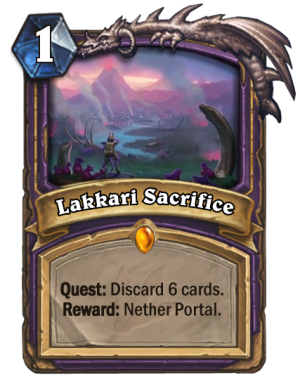 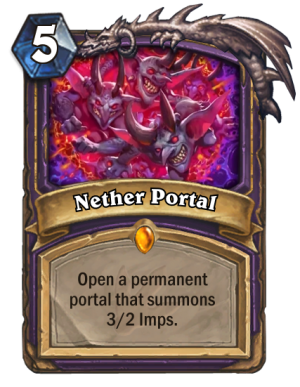 We also got to see Dinosize, an 8-mana Paladin spell that sets a minion’s Attack and Health to 10, and the Sherazin Corpse Flower, the 4-mana Rogue Legendary that goes dormant once dead and returns to life after you play four cards. Finally, we saw the 9/9 Hunter Legendary Swamp Kind Dred, which attacks any minion your opponent plays. As you can guess, poisonous cards will be the perfect antidote.

Overall, the cards look really fun, and I’m glad to see new mechanics added to the game. As Whalen pointed out, they are hoping that some of these new cards will strengthen control decks, although—as he admitted—we’ll have to wait until the cards are released to see whether that will indeed happen. And the expansion will be coming early April, although we don’t have more details than that. You can check the whole stream here to also see the cards in action. What do you think of the new cards? Fun? 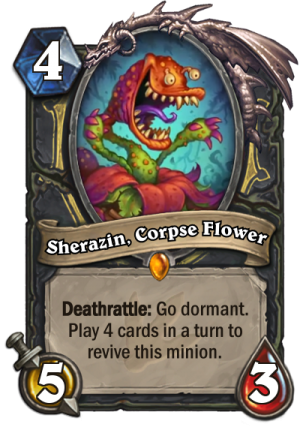 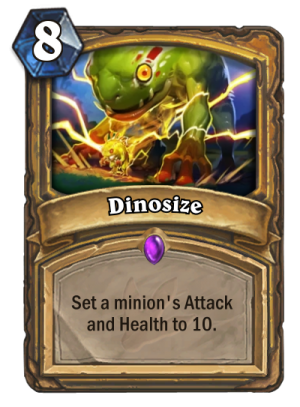