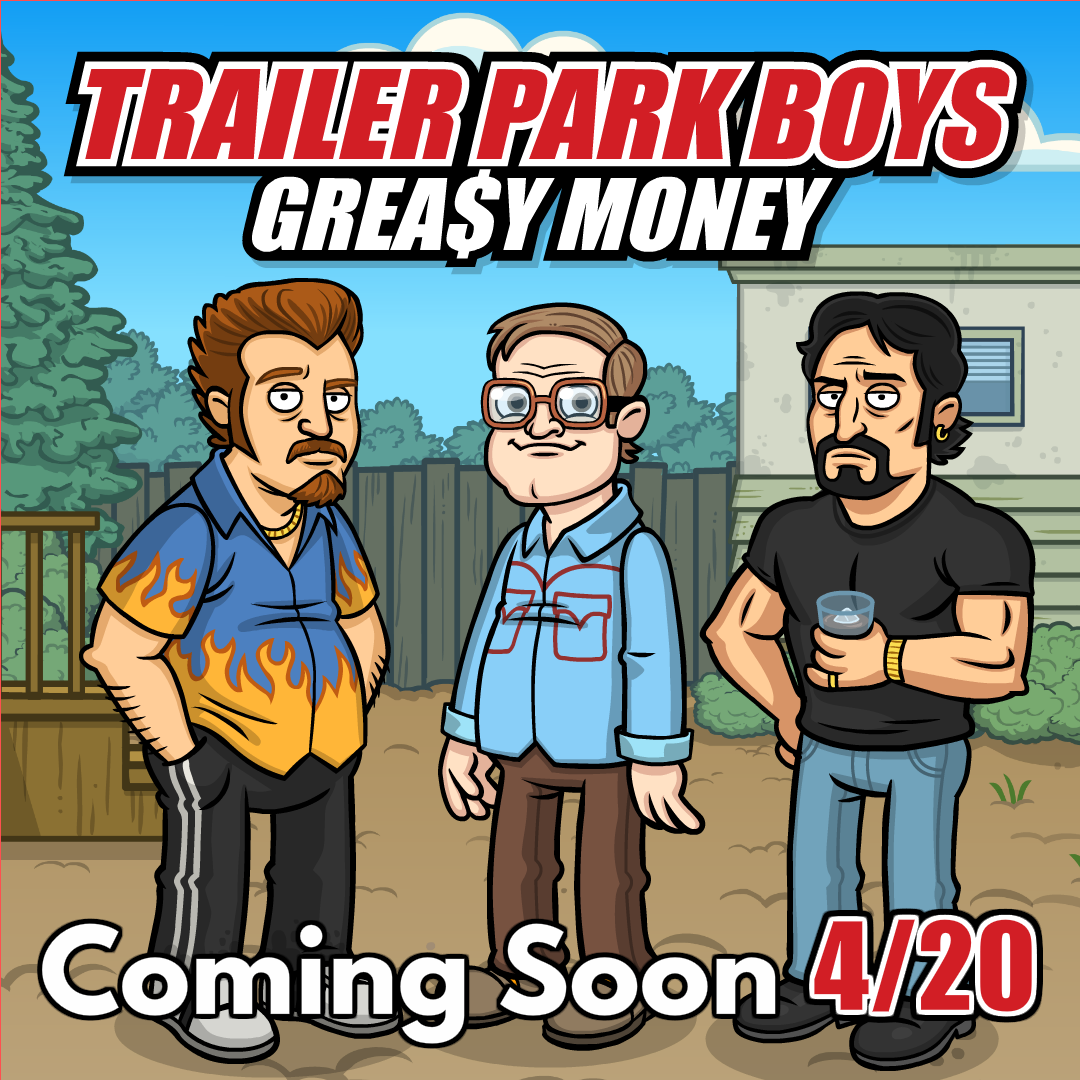 You guys are all familiar with the unofficial stoner holiday on April 20th, right? Because April 20th is 4/20 and 420 is the international number for weed, man. There is all sorts of lore behind why that is, and while the whole date thing breaks down for countries who use the day/month rather than the month/day format it’s still pretty widely known that April 20th is a day to celebrate cannabis. And so, what better day to launch a game featuring the Trailer Park Boys? The answer is there is no better day.

We first learned of a Trailer Park Boys mobile game back in October of 2015, and then after hearing almost nothing since then, we sort of assumed the project was dead. Then, during GDC earlier this month, we sat down with Eastside Games to talk about their upcoming Dragon Up: Match 2 Hatch and they very casually mentioned that the TPB game was not only still alive and well but was basically complete and coming out very soon. The news sent Eli into a fit of excitement I’ve never witnessed from another human being before. As for the game itself, it’s officially known as Trailer Park Boys: Greasy Money and is an idle game that has you building up and managing your very own trailer park. The creators of the show are heavily involved in the mobile game so you can be sure the fan service will be flowing thick and heavy. Here’s a quick glimpse at Trailer Park Boys: Greasy Money in action.

While I adore the Trailer Park Boys show, I’m nowhere near the superfan that Eli is, so I expect he’ll have plenty to say about TPB: Greasy Money once he gets his own greasy hands on it. The game is story-driven and broken up into “seasons," and naturally each season will end with you getting into a middle finger fight with Lahey before being tossed into jail to recharge your batteries and come back to rebuild your trailer park bigger and better than before. And because jail is awesome. There’s a lot to be excited about in TPB: Greasy Money for the Trailer Park Boys faithful, so look for this one to officially drop next month on April 20th.