Let me first start by stating the obvious; if you’ve watched even a few Miss Fisher’s Murder Mysteries‘ episodes (currently on Netflix), you will enjoy Miss Fisher and the Deathly Maze ($3.99) Episode 1 much more than if you know nothing about the Australian lady detective. Before getting into the review, let’s talk a bit about the TV show because its spirit is carried intact into the visual novel adventure. The show takes place in 1920s Australia and is a procedural of sorts with an overarching narrative loosely tying it all together. Miss Phryne Fisher is a private lady detective who doesn’t take no for an answer and manages to solve all kinds of crimes using her wits, persistence, and feminine wiles. The show is quite funny and definitely entertaining. 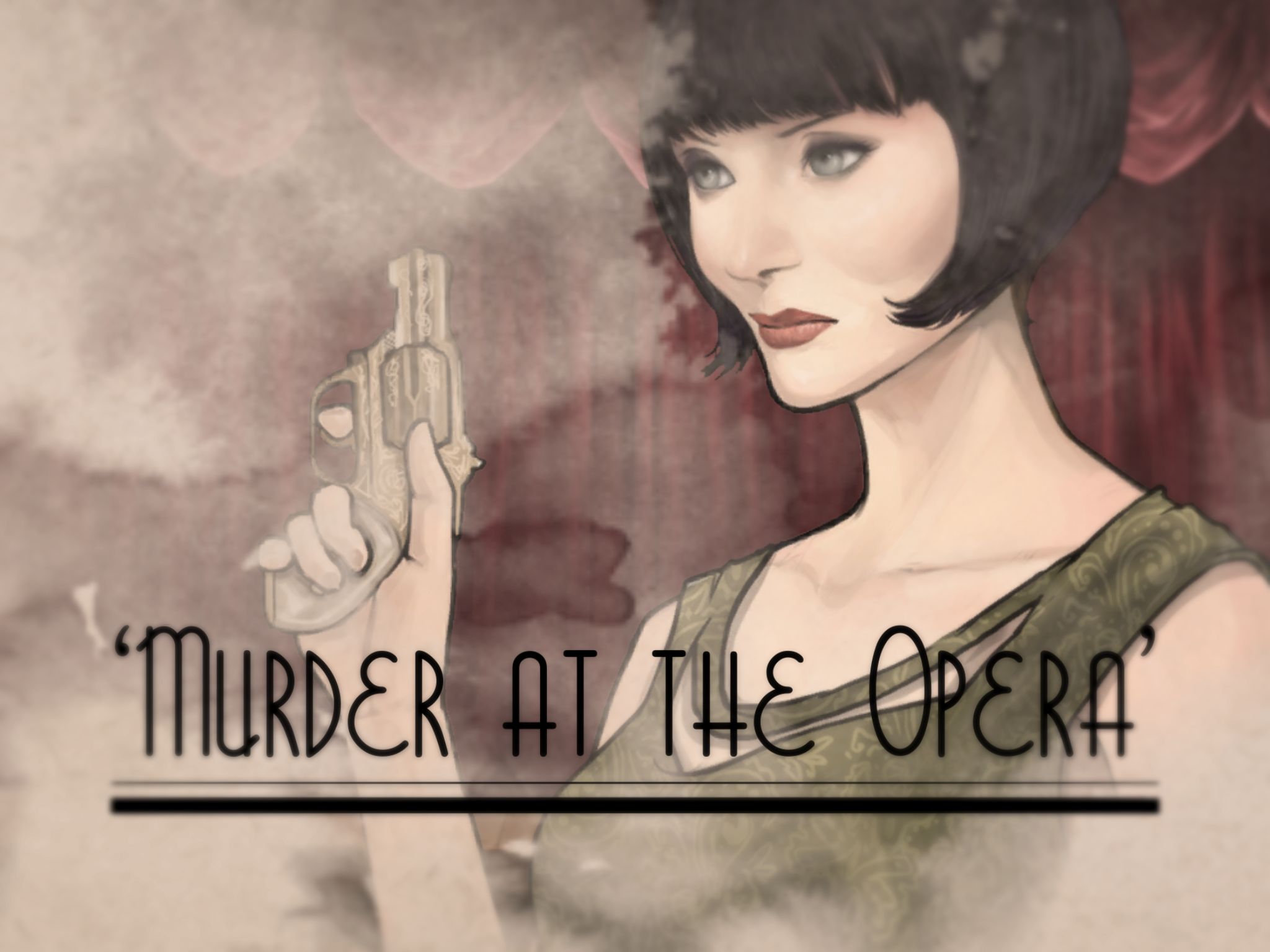 The game is an interactive novel with enough interactivity to make it fun but not too much that it feels like an adventure game. You get to visit various locales, talk to various characters, minimally examine the various scenes to collect clues, and then when you think there’s a contradiction according to the evidence, you make a deduction that helps move the plot forward. There are around ten locales you can visit and revisit, and close to that number of characters to interact with. And while this isn’t a branching-style narrative, it’s still a fun one. 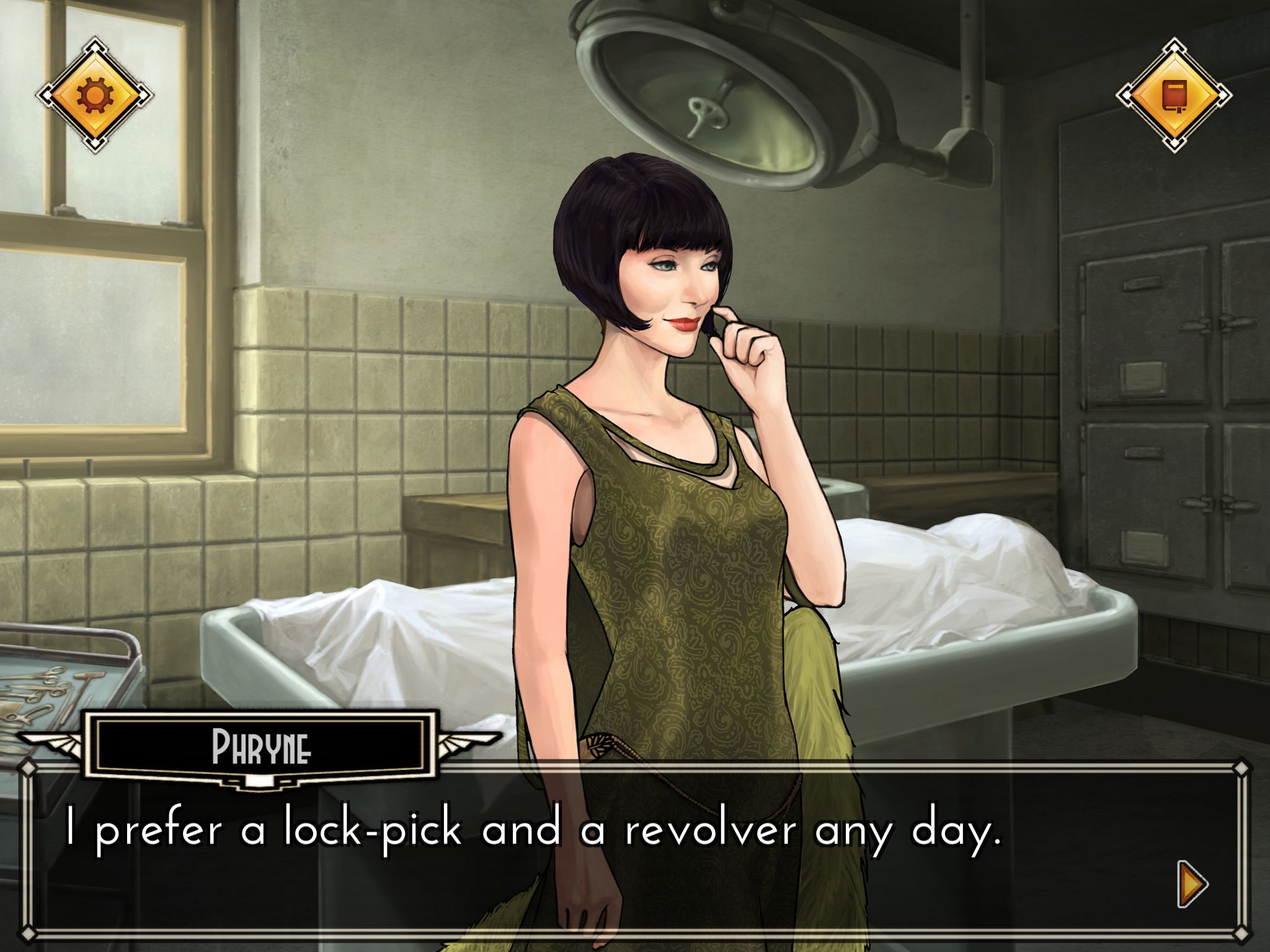 As with every interactive novel, if the plot isn’t interesting, the game ends up bring either boring or just too predictable to care. Fortunately, the plot of Miss Fisher is interesting, unfolds quite nicely, and has enough twists and turns to keep you interested for the whole duration. The plot’s wheels get in motion when Miss Fisher witnesses a murder at the opera, a locale that has a pretty high mortality rate in stories from the golden era of detective fiction. While I’ll try and keep the spoilers to a minimum, I do have to talk about a few events, so tread a bit carefully from now on. So, since Miss Fisher is like Jessica Fletcher – in that death follows here everywhere she goes – soon after the story begins, you find yourself chasing a murderer.

I’m happy to say the game kept me guessing throughout. Many of the characters are – of course – not exactly honest with you, and most of the clues you find aren’t too straightforward, all of which add up to an interesting detective case and a game that maintains a constant, brisk pace throughout. And there’s a pretty big twist at the end – which I won’t spoil – that elevates the whole murder storyline and injects new interest into the first episode as well as the ones to come in the (hopefully) near future. The twist is even more fun for those who’ve watched at least the first season of the TV show; so, if you’re currently watching the show, make sure you finish the first season before finishing the game. 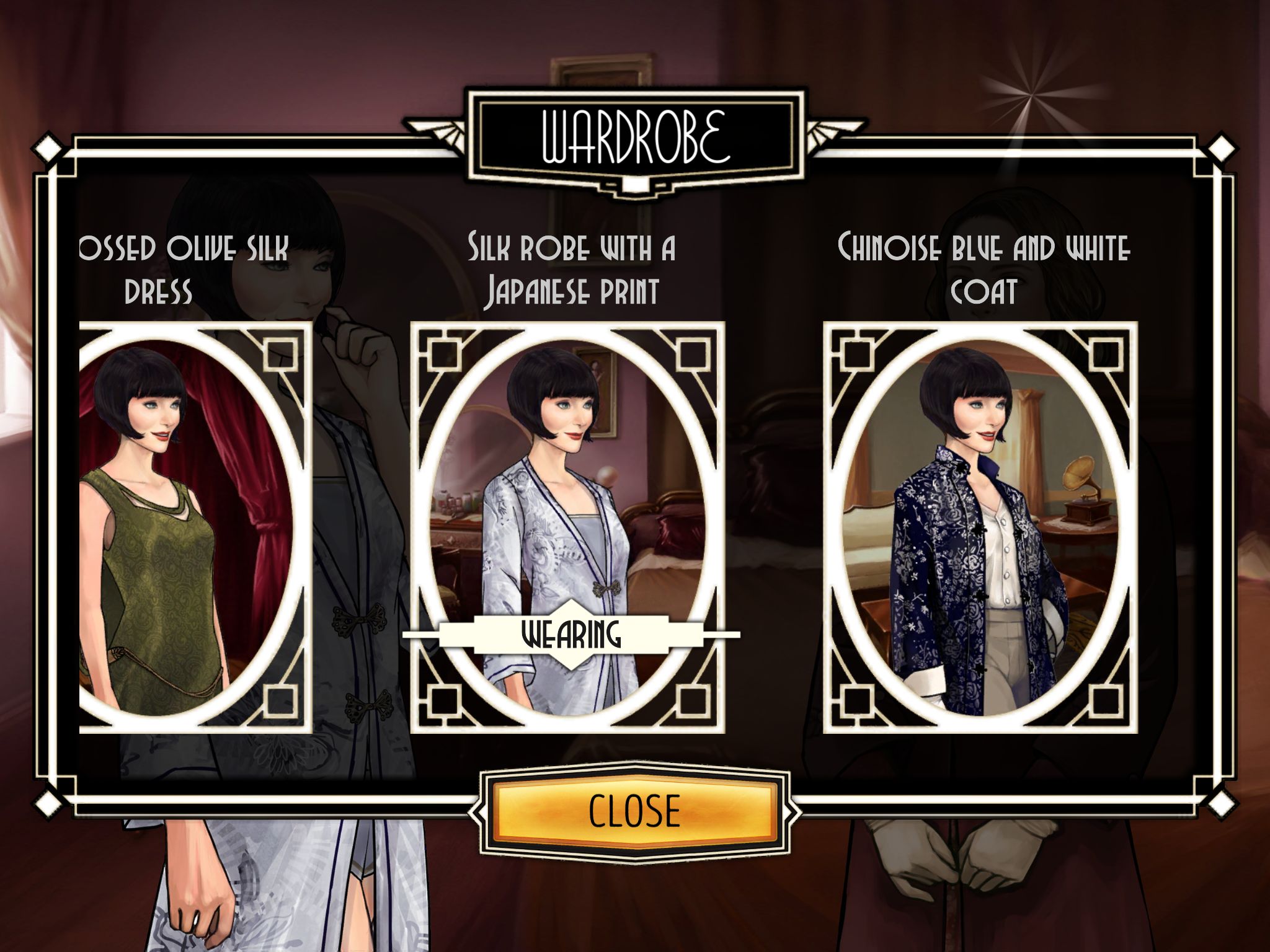 While the plot and characters are great fun, the gameplay had a few issues that tampered my enthusiasm a bit. The main issue I had with the game was that the deductions were sometimes hard to figure out not because they were too tricky but because the logic behind which deductions gave positive results and which gave nothing wasn’t always easy to figure out. There were moments when I just matched different clues or testimonies and hoped for the best. At the same time, I figured very early on what the murder weapon was, but because the narrative development is quite set in stone, I couldn’t do anything about it until the moment the game considered appropriate to bring it up. The other issue was the clumsiness of the Search function that makes picking out the various clues in the scene a bit more annoying than it should have been.

Despite the deduction problems, Miss Fisher is a very entertaining interactive novel for everyone but especially fans of the show. The game even lets you collect costume pieces to change Phryne Fisher’s looks; completely unnecessary but great fun. The plot is fun, the visuals and music are great, and the jokes and double entendres land well. And since the ending twist breathed new life into the case, I’m interested in playing the upcoming episodes too. And it even comes with iMessage stickers; what more could anyone ask for?