Hello everyone and apologies for coming one day late; we didn’t want to ignore the big Monday news. So, what a week this past one has been, especially given what happened yesterday, Monday. Blizzard finally announced Journey to Un’Goro, the next Hearthstone (Free) expansion that we all knew was on the way. The announcement got generally positive responses, as is usually the case, but what matters is the impact the expansion will have on the meta and whether it will make the game more fun. In addition to the expansion news, we also heard about the upcoming changes to the Arena, which should make the mode feel fresher and – hopefully – more fun. I think it’s fair to say that we’ve never had so many changes announced as we’ve had in the last couple of weeks, which I hope is part of the developers’ attempts to solve the game’s problems and improve the experience for everyone involved. So far, so good, I think. Let us begin.

The Next Expansion is Called Journey to Un’Goro

As most of you know by now, the next expansion is called Journey to Un’Goro and is coming at some point in April along with the new Standard rotation. As the flannel-wearing, axe-wielding Ben Brode announced on Monday, the next expansion is all about the primordial wonders hidden in Azeroth, and those include a new tribe called Elemental, new mechanics – like Quest and Adapt – and lots of other fun ideas. The expansion will bring 135 new cards to the game, and we will start getting more spoilers starting March 17th. Blizzard will be offering the usual 50-pack pre-purchase deal that comes with a card back. Check out our full story for more information on Journey to Un’Goro.

While we haven’t seen too many of the new cards so far, the ones we have seen are very interesting and bring some new ideas to the game. As we talked about in this story, Un’Goro brings the first Legendary spell to the game, Awaken the Makers, and the Quest mechanic, which gives you crazy rewards if you manage to complete it. We are also getting the Adapt mechanic, which is a Discover-like mechanic that allows you to buff a minion in a variety of ways – ranging from buffing the attack to giving Taunt and so on. The other interesting card is Pyros, a Mage card that comes back to life twice as two different cards. Check out the whole story here, and let me know what you think of the new cards.

More Details on Journey to Un’Goro

This story has been continuously adding more details regarding the upcoming expansion, and there are some pretty interesting ones. Quest cards are always in your opening hand, but you can mulligan them if you want to. They count as spells and they generate tokens, not collectible cards. Each class will be getting a neutral Legendary minion and a Quest Legendary Spell, which means the set will only have five Neutral legendaries. The story is constantly updating, so check it out for more details on the new expansion.

This story focuses more on the two new mechanics, Adapt and Quest. It’s the first keyword addition since Discover, and that was all the back in 2015 and League and Explorers. The writer describes Quest as a supercharged Secret; the Quest cards don’t do anything the moment they are played, and their effects aren’t seen until their conditions are met. He likes the fact that Quests appear to be a good tool for Control-style decks that doesn’t also benefit aggro decks. Adapt will give you some flexibility to respond to what’s going on in any given game, which can be a very useful tool. 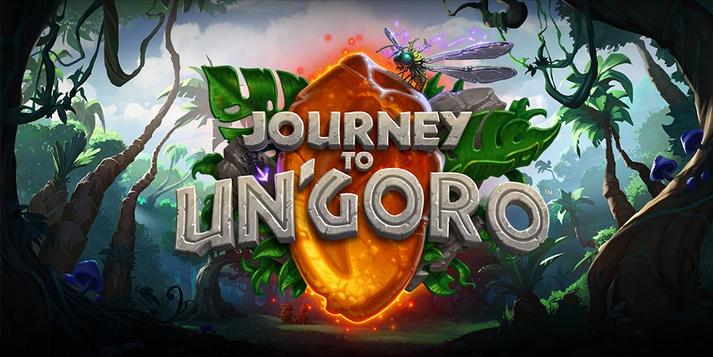 We’ve talked recently about the developers wanting to change a few things in the Arena and make it more entertaining, and this week we got to hear exactly what those changes will be. The Arena will shift to Standard instead of Wild, the card distribution will change to include less common and more rare, epic and legendary cards, and Flamestrike and Abyssal Enforcer will show up 50% less often than they currently do. Spells will also be seen more often – in an attempt to make the mode less minion-based – and, finally, neutral Cards will be seen much less than before.

This story focuses on what the writer sees as the downward spiral of the game – mostly because of the stagnant meta, the neglect of modes other than Standard, and the weak cards in the most recent expansions – and the right steps Blizzard seems to be taking to address these issues. Firstly, he talks about the nerfs and the Hall of Fame, which should help make more viable decks now and in the future, and then the slightly better Ladder, which should make the grind a bit better. Then he moves on to the Arena and Wild changes, with the first one getting much-needed improvements and the latter more attention in the form of Heroic Tavern Brawl and Wild Tournaments. And, finally, the other much needed change is the addition of more cards, which might make the game more expensive but should also make it less stagnant.

How Blizzard Can Win Back the Community

The writer of this story feels that some of the core design aspects of the game are problematic, to the point where many pros and casuals are feeling very frustrated with the game. Even if the frustrated players are part of a vocal minority, the game does have its issues. According to the writer, making the Ladder seasons longer and reducing the stars players drop after the Ladder resets should help the game. They could even go with a Heroes of the Storm style tier system. The other action the developers can take is reducing early game RNG, especially because RNG hurts your ability to counterplay since you can’t really predict what will happen. In-game stat tracking is another important feature that would be very useful to players as would be an update of the current client. The writer has even more ideas, so check them all here.

Lifecoach Retires from Hearthstone Because He’s ‘Fed Up’

Lifecoach is one of the most recognizable players in professional Hearthstone, so the news that he has decided to retire from the game and, instead, focus on other CCGs like Gwent definitely didn’t go unnoticed by the community. Lifecoach said that the main reason he’s decided to leave is the game’s balance issues and Blizzard’s philosophy on the pro scene. He is very unhappy with how Blizzard nerfs new combos, which allows only a few viable decks, and doesn’t seem to listen to the game’s pro players. As the article points out, many other pro players have similar complaints, so it remains to be seen if Lifecoach is the first of many players to leave the game.

If you were wondering how much it would cost to get most of the 2017 cards, the answer is apparently $670. That amount is around $200 more than last year when we still had Adventures. This number comes out of the calculations of reddit user FliccC. This increase is because we will have more content now and without a way to get one full set like we could with Adventures in the past. The almost 25% increase in price will be a big change that probably can’t be compensated for through launch event giveaways and free packs. His conclusion is that Blizzard should either reduce prices of packs or introduce a more efficient way of buying bundles.

Misplay of the Game #1

Streamers Were Wrong about Gadgetzan Cards

Replacing Cards as a F2P Player