Hello gentle readers, and welcome to the RPG Reload, the not-so-weekly feature where we may not look pretty, but have it where it counts. Every so often, we take a look at an RPG from the App Store’s past to see how it’s holding up in the horrific present of today. It’s a chance to revisit old favorites, reflect on their place in iOS history, or simply to take a deeper dive than our reviews typically allow. While this isn’t a regular part of the RPG Reload feature anymore, I’ll still occasionally be doing these Files when the mood strikes me. If you have a game you really want to see covered, let me know in the comments below, by tweeting me at @RPGReload, or by posting in the Official RPG Reload Club thread in the forums. 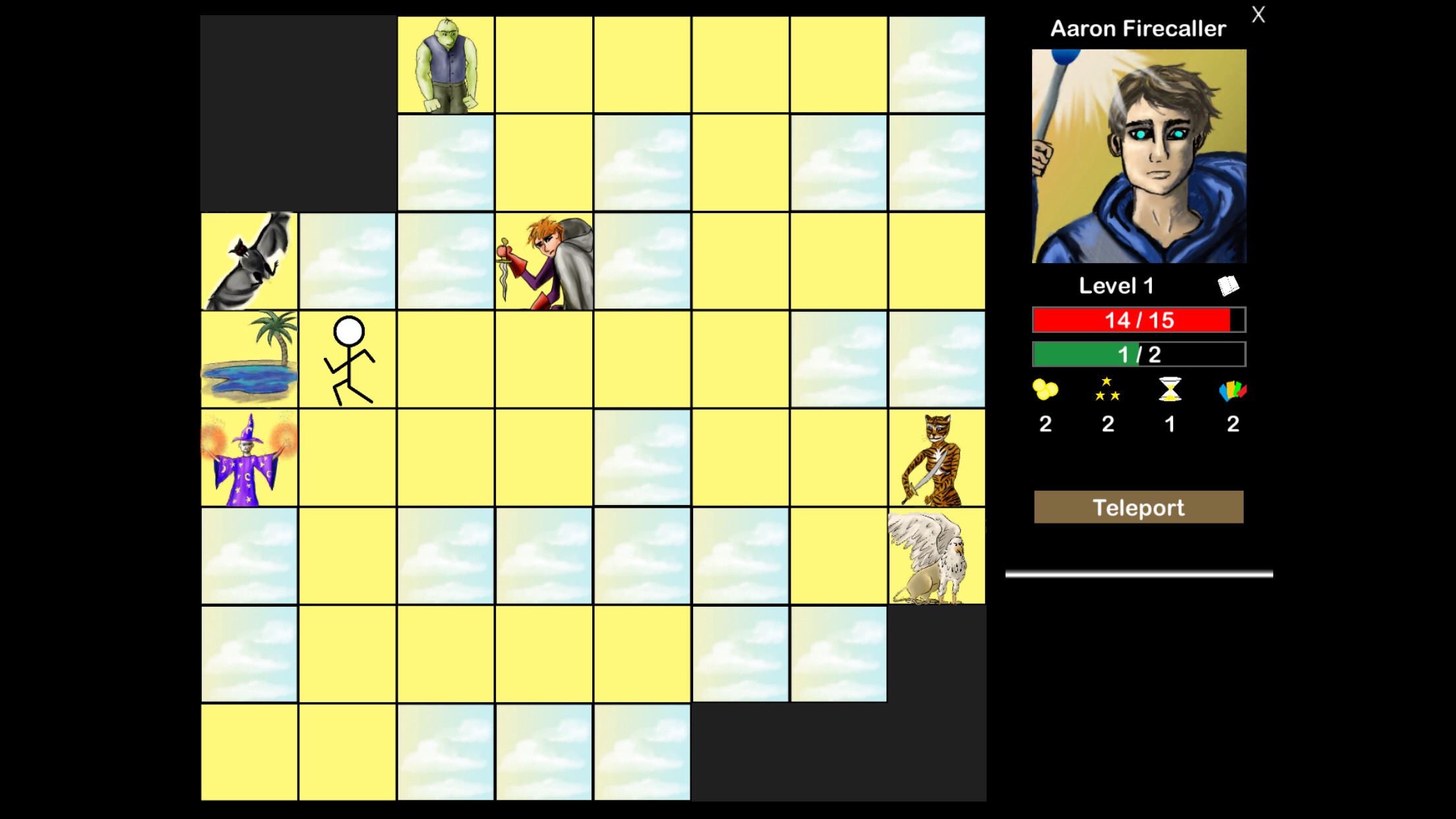 One of the things I like about the RPG genre is that it’s so many things to so many people. What is of the utmost important to one hardcore fan of RPGs might be almost meaningless to another. Some people play for the stories and characters. Some play for the character building options. Others play for the visual spectacle, while some just want a really interesting combat system. While it can make for some heated discussions at times, I think that kind of diversity has helped the genre thrive as well as it has. There really is something for everyone, and that is pretty cool.

Regrettably, this particular RPG Reload File probably isn’t going to do much for those of you who place a high value on presentation. Because today, we are looking at one of the ugliest, most awesome games you need to have on your iOS device. Today, we’re going on a Dream Quest ($2.99). Developed by just one person, this game is a combination of a roguelite and a deck-building card battler. Just on its premise alone, Dream Quest is an interesting game, but its creator Peter Whalen also saw fit to pack it so full of content and options that it’s practically a new experience each time you play. He also packed it full of some very… interesting graphics that caused many people to overlook an extraordinary game. Well, these things happen. 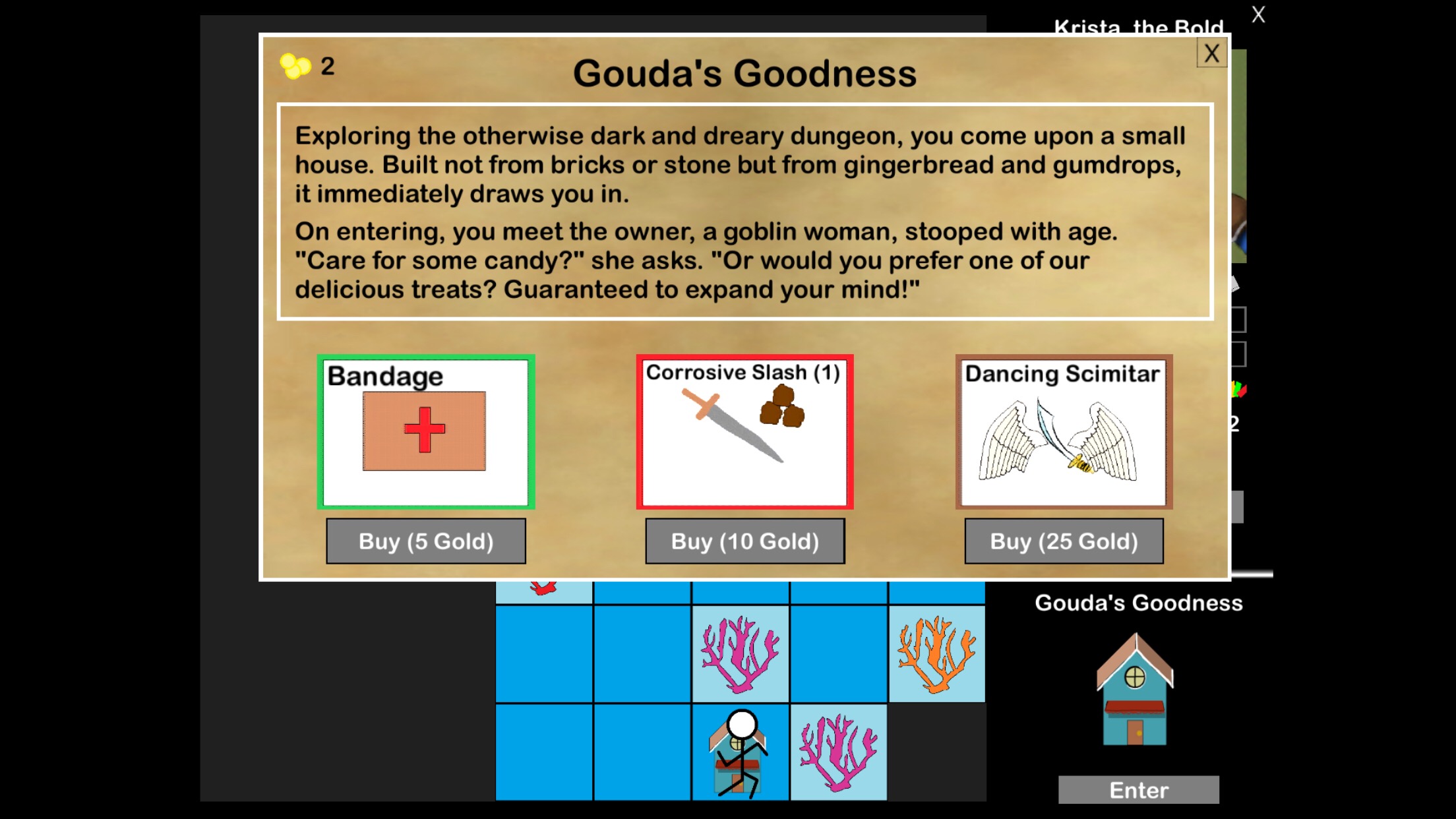 Dream Quest was released on iOS on May 5th, 2014. It would eventually make its way to home computers, as well. Initially, it received a bit of a quiet reception, but after a few weeks, a lot of players had found it and perhaps as a result, a few reviews started trickling out. They were positive, if not exactly gushing with praise. It started getting more notice little by little, but for whatever it was lacking an attention from the general public and media, Dream Quest was being noticed by a whole other group: game designers. That’s usually a good sign you’re onto something. The creator of Magic: The Gathering, Richard Garfield, even got in touch with Whalen. It’s hard to imagine what it would be like to get praise from the person who created the game who inspired yours. Garfield wouldn’t be the last well-known name to take an interest in Whalen, however.

Following the game’s release, Whalen put out several updates for the game. Most were to fix bugs or tweak the game’s balance a bit, but some new content and features were also added to the game based on player feedback. Dream Quest‘s final update was on June 29th, 2015, adding a new character class, a new monster, some new talents, and extra achievements. While the game will probably receive updates in the future if it should happen to break, there will not likely be any additional content or adjustments to the game itself. You see, at the same time Whalen announced this final update, he also announced that he was taking a job to work at none other than Blizzard. The Hearthstone team had some big Dream Quest fans among its ranks, apparently, and like some kind of awesome 1980s movie come true, they were calling Whalen up to the majors to work on the most popular mobile card game around. Not a bad outcome for what was Whalen’s first officially-released game. 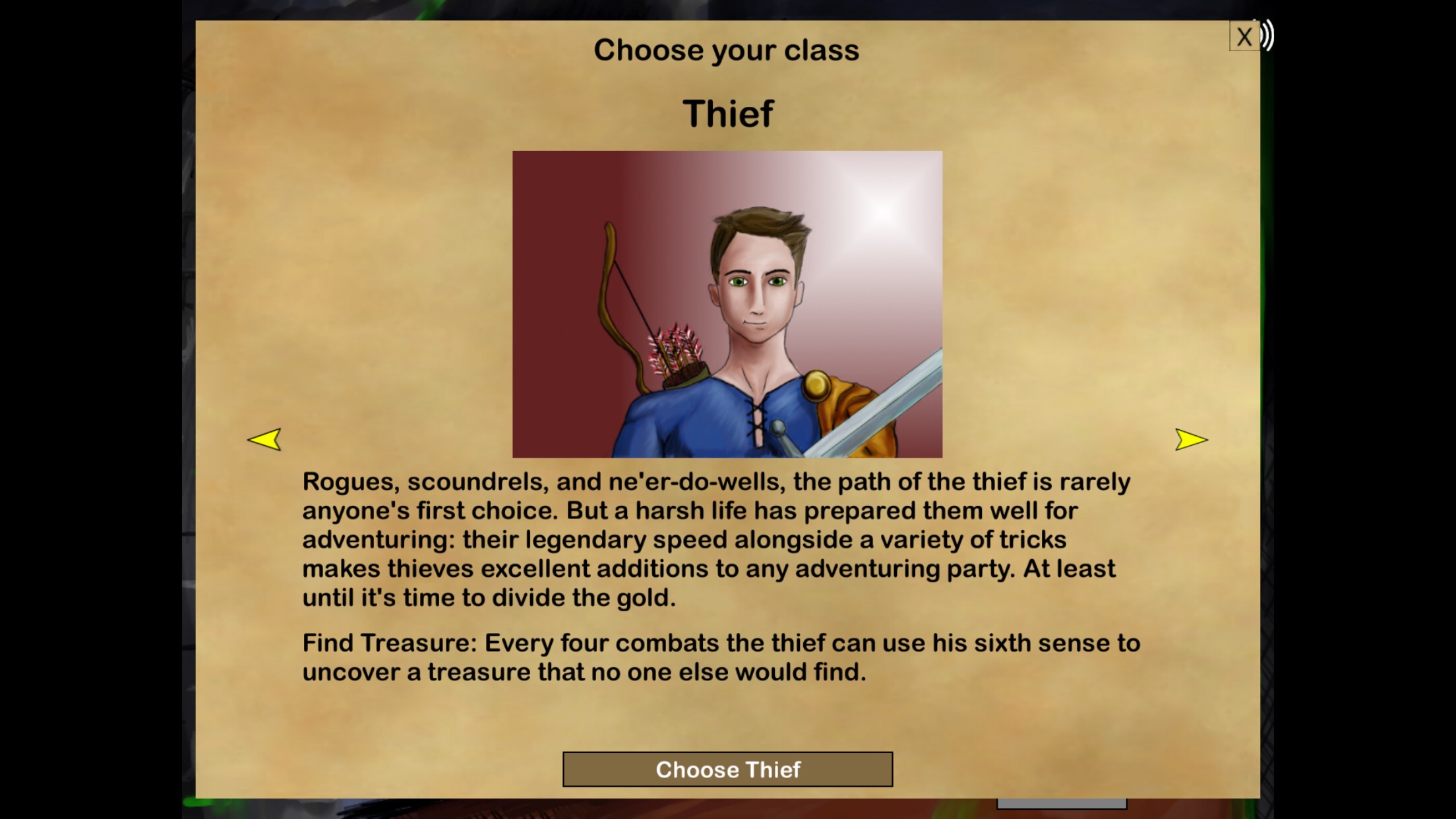 As mentioned, Dream Quest is a combination of a roguelite and a deck-builder. You can choose from a number of different classes, each of which has access to their own unique set of abilities and skills. After a brief blurb explaining the story you’re not going to care about, you’re dropped onto a map. You can tap to move around, and if you come across any points of interest, you can tap on them to interact with them. Naturally, there are monsters around, as well. In the early stages of the game, all of the monsters are visible and won’t attack unless you attack them first. That will eventually change, but you have a little time to get yourself together. You can easily check the levels of each enemy and take them on as you like. One of them will be a boss creature, who must be defeated to move on to the next floor.

When you enter a battle, the view shifts to that of a card game. You’ll be dealt a number of cards from your deck, and can tap on any of them to see their effects. You can play whichever cards from your hand that you like, and then the opponent will get their chance to do the same. At first, your strategic options will be few. As you level up and acquire new cards through various means, numerous possibilities unfold. Obviously, each character class plays differently from the next, sometimes dramatically. But even within each class, there are several viable approaches. When combined with the number of cards and the random factors in play, you’ll have to think on your feet if you want to survive. Probably, though, you won’t. 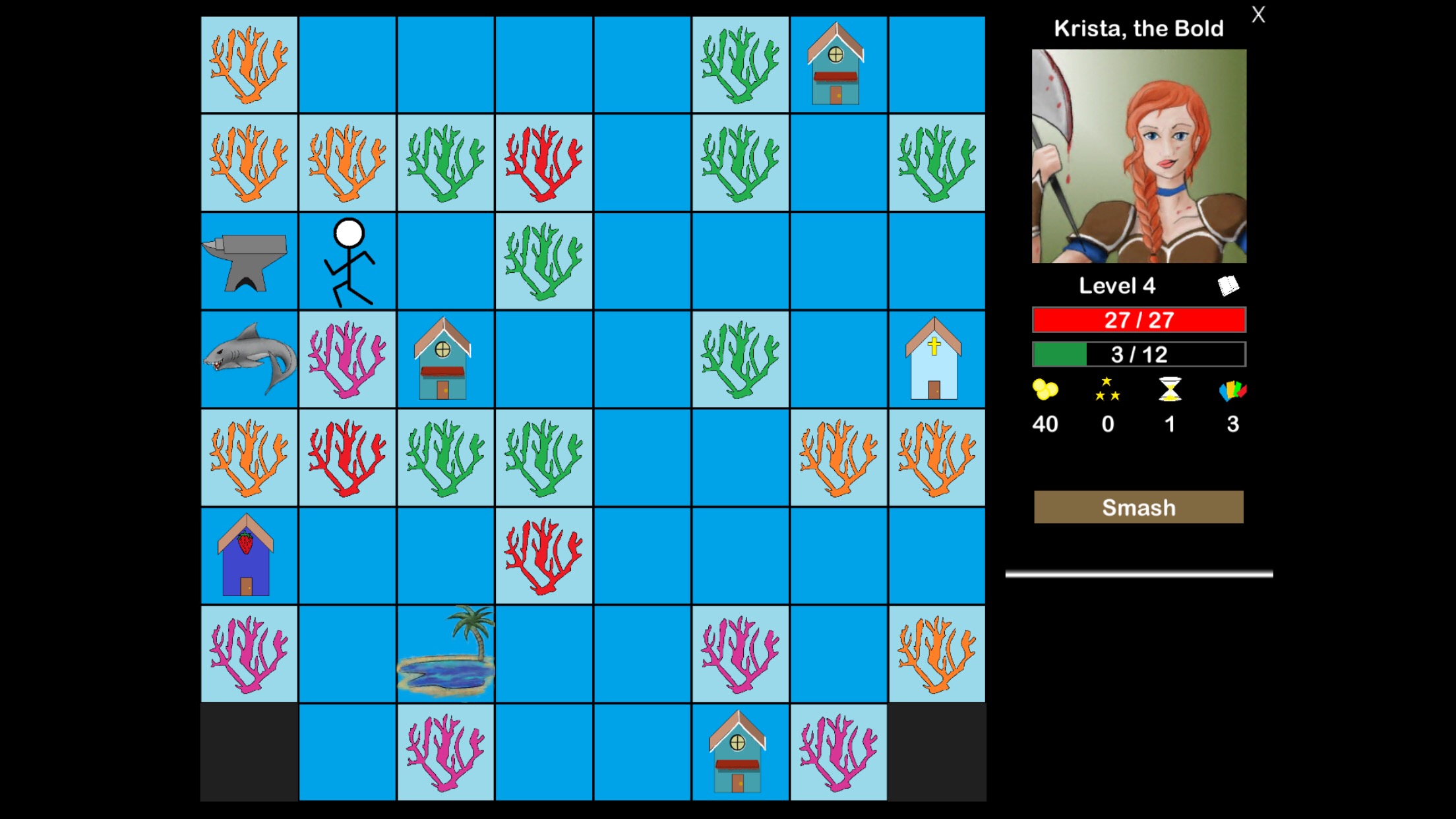 That’s where the other great part of Dream Quest comes in, however. Each time you play, you’ll make progress on a large number of achievements. Far from the static virtual badges that achievements tend to represent in most games, Dream Quest‘s achievements unlock perks, new classes, new cards, and other features. The first batch of achievements you’re likely to unlock will make the game a little bit easier, giving you a nice reward just for putting in the time, so to speak. The majority of the rewards simply offer new options to absorb into your strategies, changing the nature of the game yet again. The achievements are set up such that they trickle out at a relatively steady pace yet will take most players a lot of time and effort to fully unlock. That keeps the game fresh over an incredibly long period of time.

While it’s not completely well-balanced, the fact that it’s part roguelite and that you are always opening things up forgives the occasional situation where there aren’t many good choices in front of you. It’s not an endless game, and with enough effort, knowledge, and quick thinking, you’ll eventually make it to the end. Getting there is quite the journey, however, and one you’ll want to embark on with every character to get everything Dream Quest has to offer. Even after you’ve done that monumental task, the game still has plenty to show you on replays. So while it’s not the most stylish-looking game around, it’s one you’ll probably want to keep on your device from generation to generation. 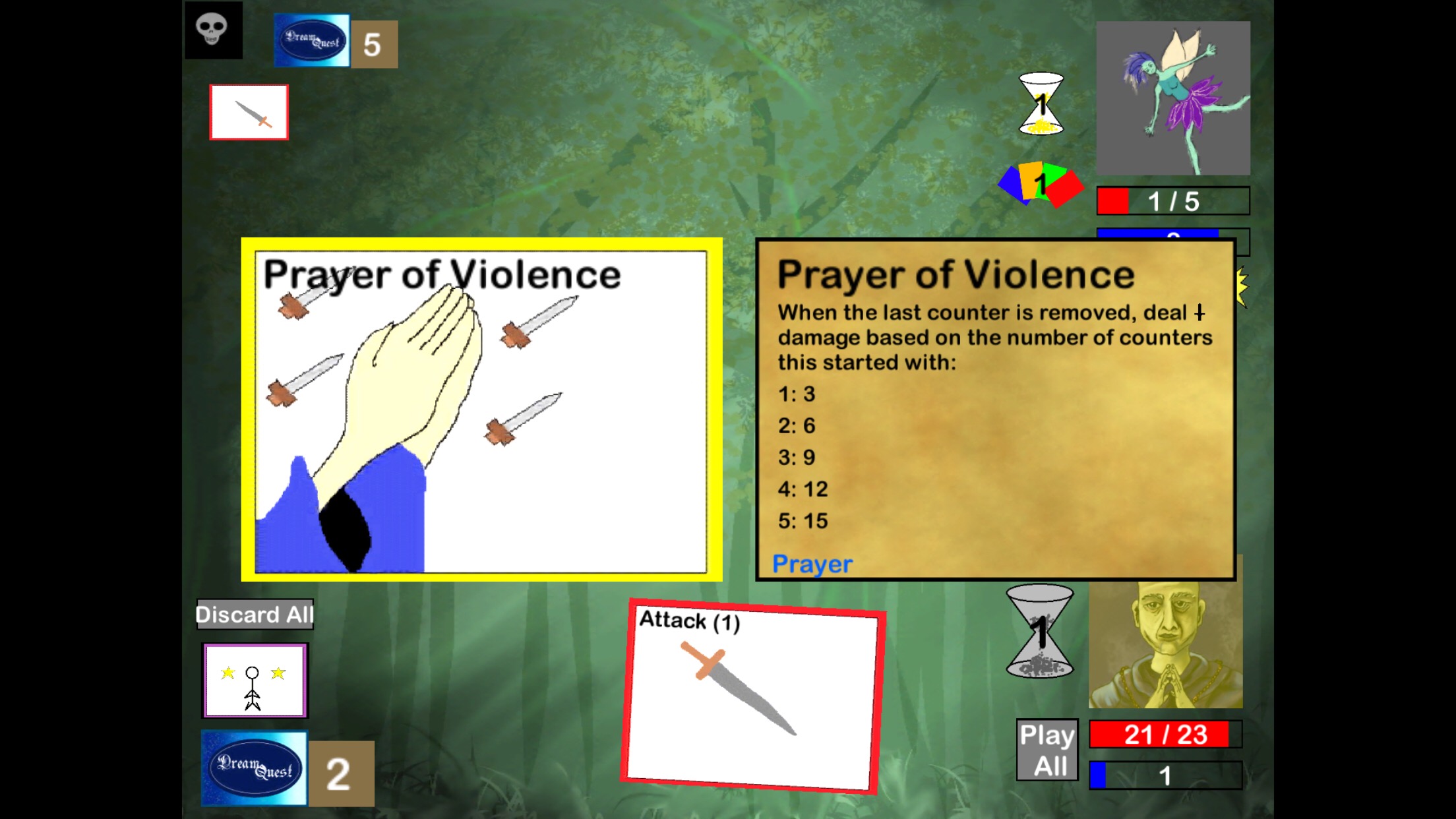 That’s just my take on Dream Quest, though. What do you all think of it? You can share your thoughts by commenting below, posting in the Official RPG Reload Club thread, or by tweeting me at @RPGReload. The February RPG Reload Play-Along of Aralon: Sword and Shadow (Free) is entering its last week. There’s still time to join in, though, so feel free to stop on by the thread and say hello. Don’t forget to be here next week for the start of the March RPG Reload Play-Along!