The latest Pokemon GO (Free) update with a whole new cast of critters to collect launched last week, and it’s been great to see so many people venture outside – in the bracing cold Winter weather, no less – to try and discover and catch fan favorites from Totodile to Tyranitar. However, if you planned to catch ’em all without having to venture further from your local neighbourhood, you may unfortunately be out of luck. Similarly to the initial 151 set of creatures, some of the Pokemon within the game are exclusive to select regions, and it appears that Ash’s Bug/Fighting stalwart Heracross, as well as the strange coral-like creature Corsola are only obtainable in certain locations and regions around the world.

While the previous region exclusive Pokemon were relatively easy to distinguish – with Kangaskhan, Tauros, Mr. Mime, and Farfetch’d obtainable in the identifiable areas of Australasia, North America, Europe, and South East Asia respectively, the new locale-specific creatures are a little more complicated to nail down. Heracross is obtainable below what the excellent Pokemon GO community at TheSilphRoad has dubbed the ‘Tauros line’, as pictured above – effectively where Niantic distinguish between North and South America. However, this does mean that Heracross can in fact be captured in specific southern towns within the United States, with many in Florida and the lower end of Texas able to encounter the majestic blue beetle. Similarly, Corsola appears to be exclusive to the particularly vague ‘tropical’ climates, which have been roughly estimated to be between the latitudes of 31N and 26S. For those with an aversion to coordinates, this means anyone in areas such as Tenerife, the Canary Islands, the Philippines, and again Texas and Florida are able to recruit Corsola to their creature collection. 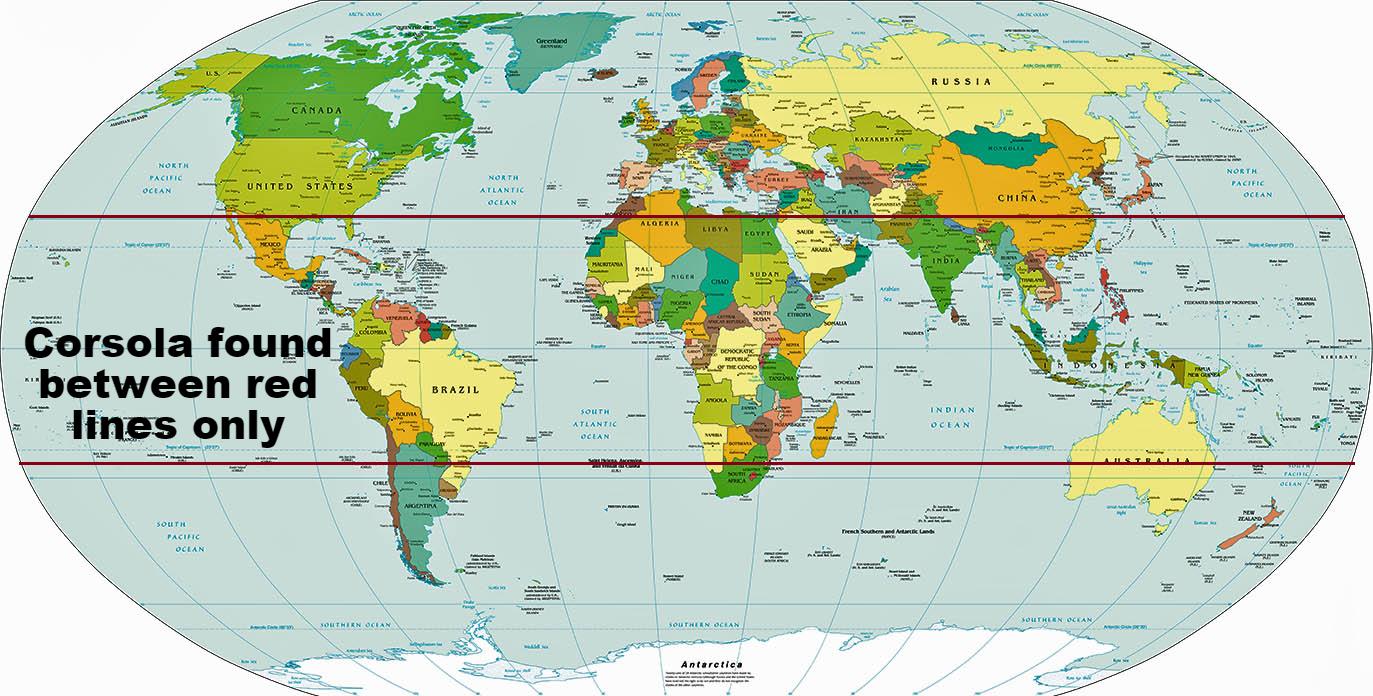 Sadly, Heracross and Corsola, as well as the other four regional exclusive Pokemon, aren’t obtainable from eggs. This means anyone who is unable to travel to the four corners of the world is unlikely to complete their Pokedex in Pokemon GO until the long-awaited training features have been implemented, and only the most dedicated and well travelled trainers will get close to the full 251 anytime soon. While the exclusivity of these two popular Pokemon may be disappointing, there are still over eighty Johto monsters left to catch – let us know the favourite new creatures you’ve encountered over the past week on our forum thread.