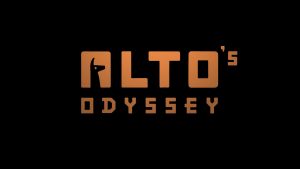 For the vast majority of mobile gamers, Ryan Cash’s – of Built by Snowman – Alto’s Adventure ($4.99) needs no introduction. The endless runner has left its mark on the platform, so it’s not surprising that everyone is waiting to learn more about its sequel, Alto’s Odyssey. Today, we got to see the first teaser trailer for the upcoming game and got a release date of Summer 2017, and while it’s hard to tease out too much info about the game, it clearly shows that Alto’s Odyssey will once more nail the serenity and moodiness that made Alto’s Adventure such a hit. We also get to see a close-up of a balloon, which should mean that they’ll have some kind of a role in Alto’s Odyssey. What role will that be remains to be seen. Any guesses as to what the balloons’ purpose might be?

But let’s not forget Alto’s Adventure, which turned 2 yesterday and also surpassed 20 million Android downloads worldwide. The developer’s blog post talks about the humbling moments of these last two years and sends a sincere thank you to the players who made the game such a success. I hope Alto’s Odyssey will go on to do even better than its predecessor.