At the start of the year, TouchArcade transitioned from the cold and corporate Slack server to a shiny new equivalent in the form of Discord (Free). Apart from being extremely intuitive and easy to pick up, the number one benefit of the TouchArcade Discord server is that it is accessible to everyone, and over the past few weeks I’ve been stunned by the fantastic reaction from our community to this new medium. So many of our awesome readers have adopted the server as a place for intriguing and challenging discussions on iOS games and the state of the industry, with some extremely random (and invariably hilarious) off-topic deviations sneaking in there too. I’ve greatly enjoyed communicating with every one of our Discord members and getting to know you all on a personal level, and while our fantastic forums are still the best place for breaking game release news, the instantaneous nature of Discord perfectly complements the in-depth discussion of traditional topic threads. Earlier today, I asked the #iOS_Games channel on the Discord server to share pictures of their main gaming page on their iPhone home screen, as well as their titles that were deemed permanent mainstays on their device, and I received a fantastically varied response. 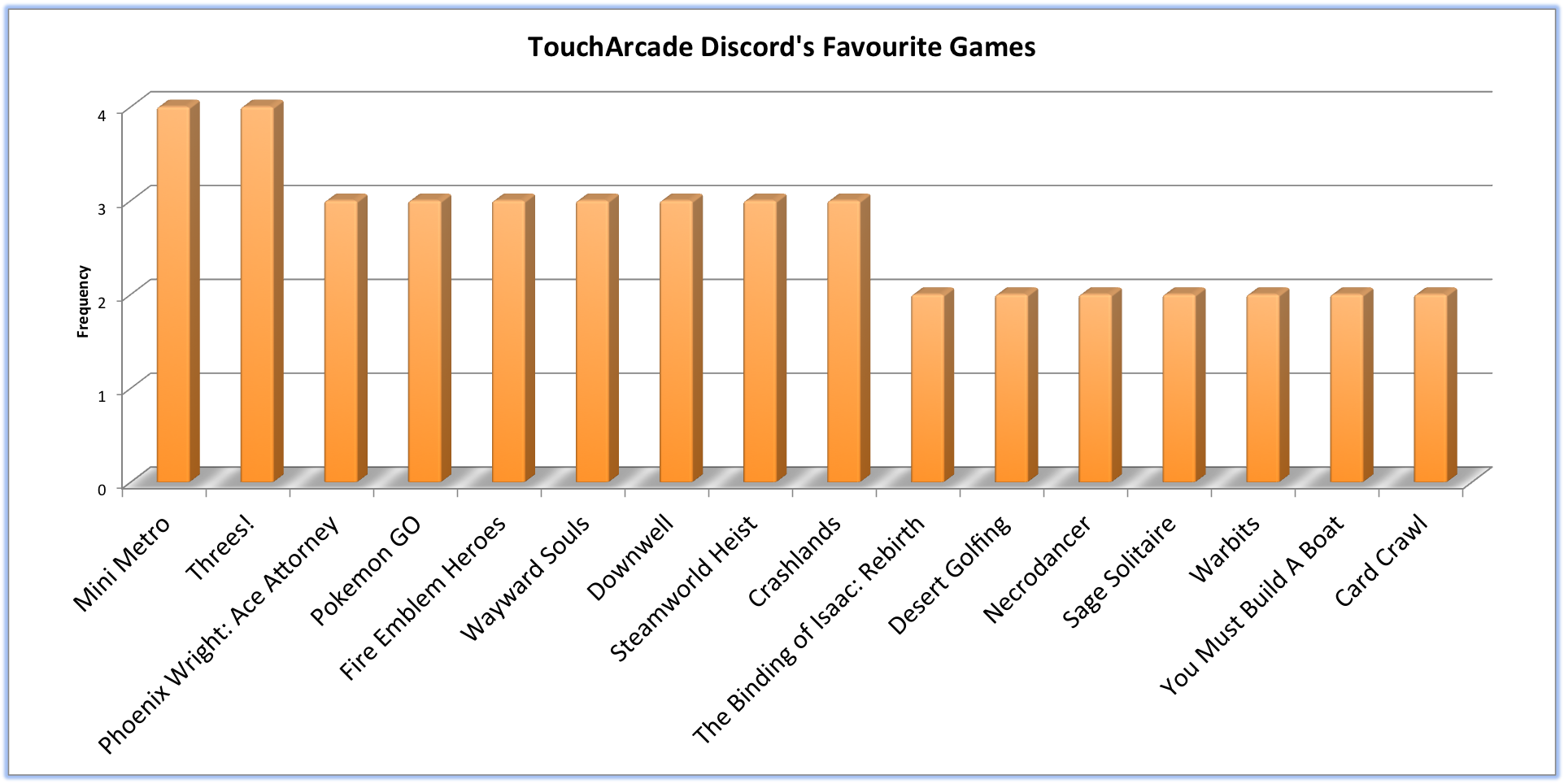 After tallying up the games in both the suggestions and the screenshots, two particular iOS classics pulled ahead as the most popular amongst the #iOS_Games server on the TouchArcade Discord. Mini Metro ($3.99) and Threes! ($5.99) were both tied with four votes, and as both titles encapsulate many of the unique qualities of mobile gaming, it’s not a particular surprise to see either represented high up on the chart. The Nintendo fever obviously hasn’t died down anytime soon, with Pokemon GO (Free) and Fire Emblem Heroes (Free) attaining three votes, and some other critically acclaimed TouchArcade titles such as Downwell ($2.99), Crashlands ($6.99) and Wayward Souls ($6.99) firmly cemented on many member’s devices. However, seeing some more obscure titles such as Desert Golfing ($1.99) and Card Crawl ($4.99) feature in the final list is a nice surprise indeed.

When asked to explain why they had made such interesting and diverse choices, Nullzone highlighted many titles, proclaiming King of Dragon Pass ($9.99) as a unique experience, with ‘nothing else like it on the App Store’, and also singled out Planar Conquest ($8.99) as ‘the game [they] spent the most time ever on’, going as far to say it is ‘one of the best things since the invention of steak’ – high praise indeed! Similarly, Devoid21 shared quite a few iPad-centric strategy and simulation titles – with compulsive timesinks such as Rome: Total War ($9.99) and XCOM Enemy Within ($4.99) on their device, I hope they manage to get some work done during the day. 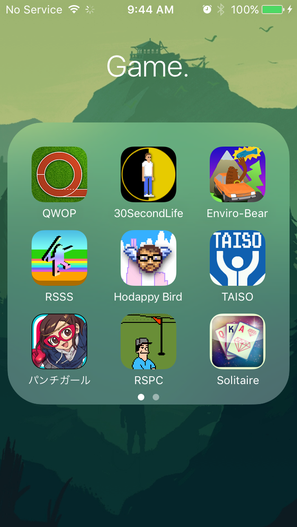 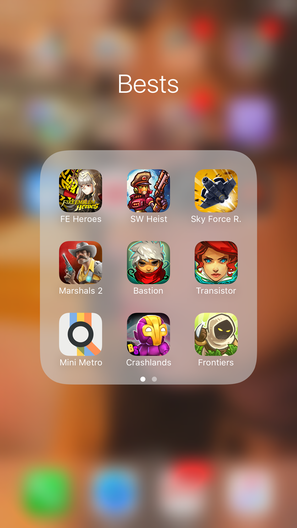 Schroeder had perhaps the most eccentric choices of the afternoon, with timeless classics like Enviro-Bear ($1.99), QWOP ($0.99), and arguably the greatest game of all time Hodappy Bird (Free) displayed proudly on the main page of their iPhone. Kiren had some slightly more conventional choices, and despite being the Discord’s resident Fire Emblem fanatic, he emphasises that ‘Steamworld Heist ($4.99) is STAYING FOREVER’, as despite not being a fan of steampunk themes in games, ‘the art style, music and gameplay just hit the spot so right’. Andy gave a more sobering glimpse of the struggles of adult life in the iOS community, with the infallible TouchArcade (Free) app next to the Uber one, and Naruto: Ultimate Ninja Blazing (Free) similarly besides PayPal – sadly, work can sometimes get in the way of video games. 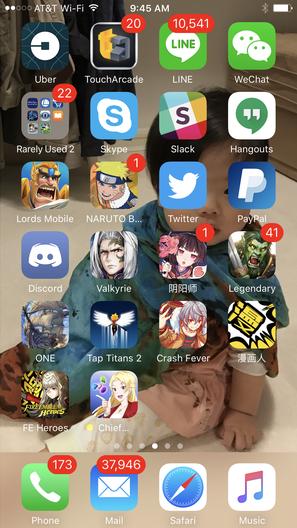 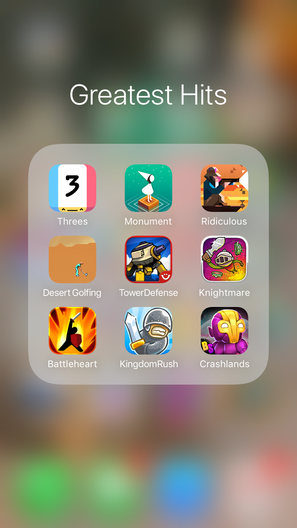 Resident YouTube celebrity CurtainGuy stunned the #iOS_Games channel with a fantastically detailed account of his favorite iPhone titles, and managed to compile a list of some truly phenomenal classics to boot. He praises Year Walk ($3.99) for its unique mobile gaming qualities, its surreal atmosphere, and how the ‘companion app is a really brilliant idea’. He further underlines the quality of The World Ends With You ($17.99), Ghost Trick (Free), and Sonic CD (Free) for proving that timeless and evocative experiences can be made portable without losing any of their luster, and emphasise Wayward Souls‘ depth and controls that ‘set the bar for iPhone games’. 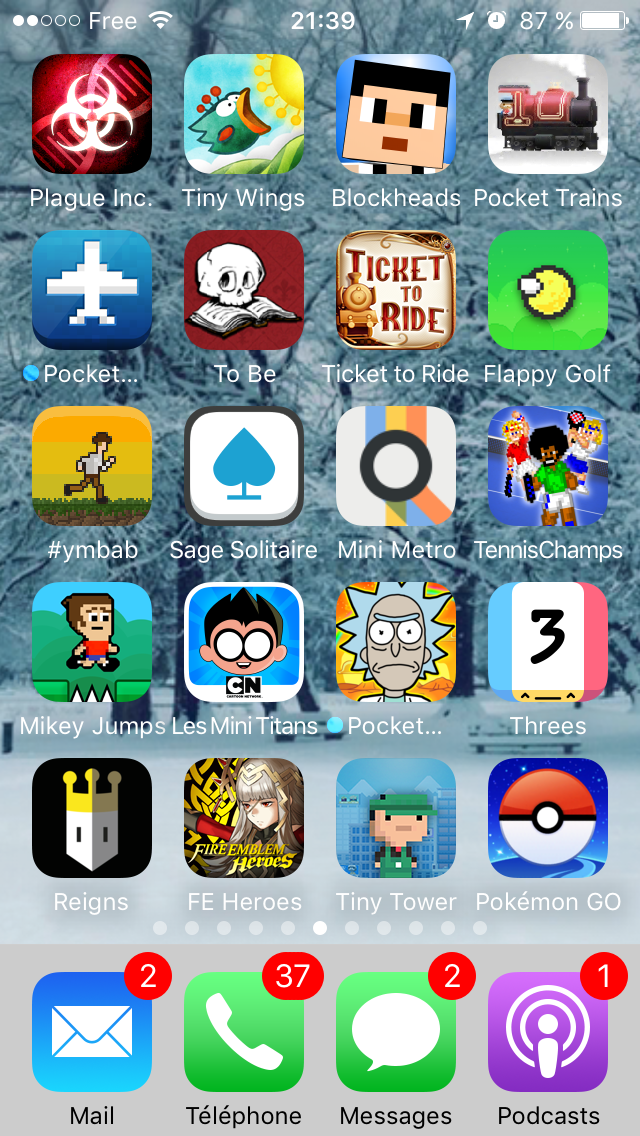 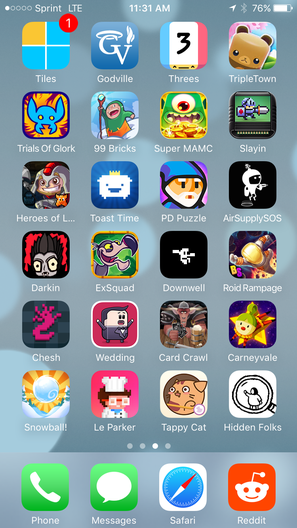 Wonderspark concluded proceedings through suggesting an eclectic mix of games, from Pokemon GO and Angry Birds (Free) (which was singled out as being particular essential for kids), to more complex titles such as Ascension (Free). Wonderspark highlights one thing that was universal amongst every member of the community that responded – ‘mobile-unique’ experiences, with ‘touchscreen-centric’ controls; despite the prevalence of ports throughout, it appears the games that leave the most permanent impact are those that are specifically designed for the App Store. Regardless of whatever conclusion you make from the above screenshots, it was fantastic to see such an emphatic response on our very lively and welcoming Discord community – thank you to everyone who took part! If you want to contribute to future articles such as this, or simply want to join in the super fun discussion that’s been taking place, be sure to sign up for the TouchArcade Discord server, and don’t be afraid to say hi!