Orangepixel is in a loving mood and in celebration of Valentine’s Day the developer has put a handful of their games on both iOS and Android on sale for just 99¢ each in a sale titled “For the Love of Games!" Those games include Gunslugs ($1.99) and Gunslugs 2 ($2.99), Heroes of Loot ($3.99) and Heroes of Loot 2 ($3.99), Space Grunts ($3.99), and Groundskeeper 2 ($1.99). For a quick rundown of what each game is all about: Either of the Gunslugs game will give you a dose of manic platforming and shooting; the Heroes of Loot games are super breezy takes on dungeon crawlers with a very fast pace; Space Grunts is a take on a turn-based strategy game but… with a very fast pace; and Groundskeeper 2 is another dose of platforming and shooting in more of an arena style. One thing all these games have in common: They are frantic and full of action. 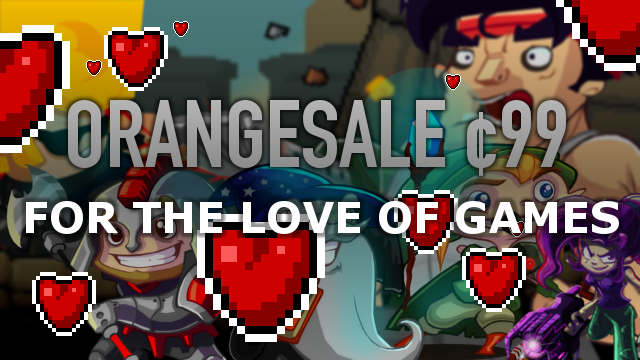 Besides these already released games, Orangepixel is still up to some new stuff including the open-world post apocalyptic action RPG Ashworld which is currently still in heavy development, and then a modern reboot of a previous Orangepixel platforming game called Meganoid ($1.99) which is tentatively titled Meganoid 2017 and is actually much closer to release than Ashworld and should be arriving sometime in March. Until these upcoming games hit though, use this “For the Love of Games!" sale to fill out your Orangepixel collection for just a dollar apiece.